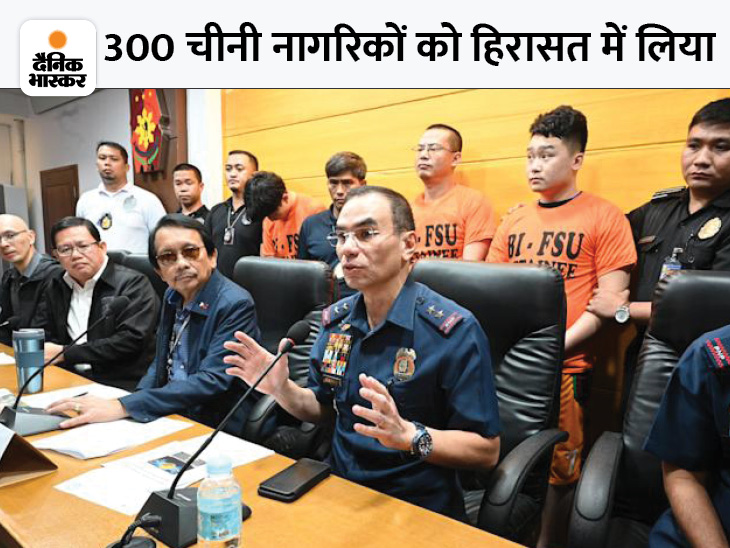 The Law Department of the Philippines has decided to close 175 online casinos operating illegally in the country and send back 40,000 Chinese workers. According to the department, Chinese gangsters have unilaterally captured the casino industry, due to which the crime rate in the country is increasing very fast.

Most of the closed casino license dates have either expired, or were canceled by the local administration. Despite this, they were running the casino without paying government tax.

Dominic Clavano, spokesperson for the department, said that action has been taken against casinos being fed online, locally known as Philippine Offshore Gaming Operators (POGOs). At present, 300 Chinese nationals working in the company that feed POGO illegally have been detained. We are sending 40,000 Chinese citizens back to their country.

Crime is increasing in the Philippines due to POGO. To curb this, the government is arresting Chinese workers illegally involved in this work.

arrest from next month

A report by the Philippine government revealed that Chinese citizens are committing murder, kidnapping and other crimes against their own comrades. After this, the Philippine Law Department came into action and it was decided to send 40,000 Chinese back to their country to reduce crime in the country.

The game of POGO grew rapidly in the Philippines after 2016. Due to the easy gaming laws here, companies developed it as a casino base.

POGO craze increased in Philippines after 2016

POGO rapidly emerged in the Philippines in the year 2016. The special thing is that this gaming is banned in China, but these online gaming companies build their network rapidly in other countries. The same thing happened in the Philippines. Taking advantage of the easy gaming law here, Chinese companies started setting up business. POGO operators employed more than 3,00,000 Chinese workers before Covid.

The Chinese embassy in Manila said in a statement – ​​Beijing supports deportation and other legal action on crimes related to POGO. The Chinese government strongly opposes gambling.

According to the Finance Ministry, the Philippine government earned more than 900 crores in 2020 from fees received from POGO alone. In 2021, this figure increased to Rs 544 crore. Economy experts say that this money in the government account comes from the taxes levied on POGO companies and their office rent.

This casino game employs over two million Chinese and over 11 million local citizens. POGO gives 26 thousand crores to the economy every year. Traders working in the retail and property sectors make huge profits from this casino game.

Real estate consultancy Lichiu Property Consultants estimates that if POGO’s business is completely closed, then about 259 acres of land will be vacant. These are currently being used as the bases of the POGO company. Its rent every year is about 1 lakh 23 thousand crores.