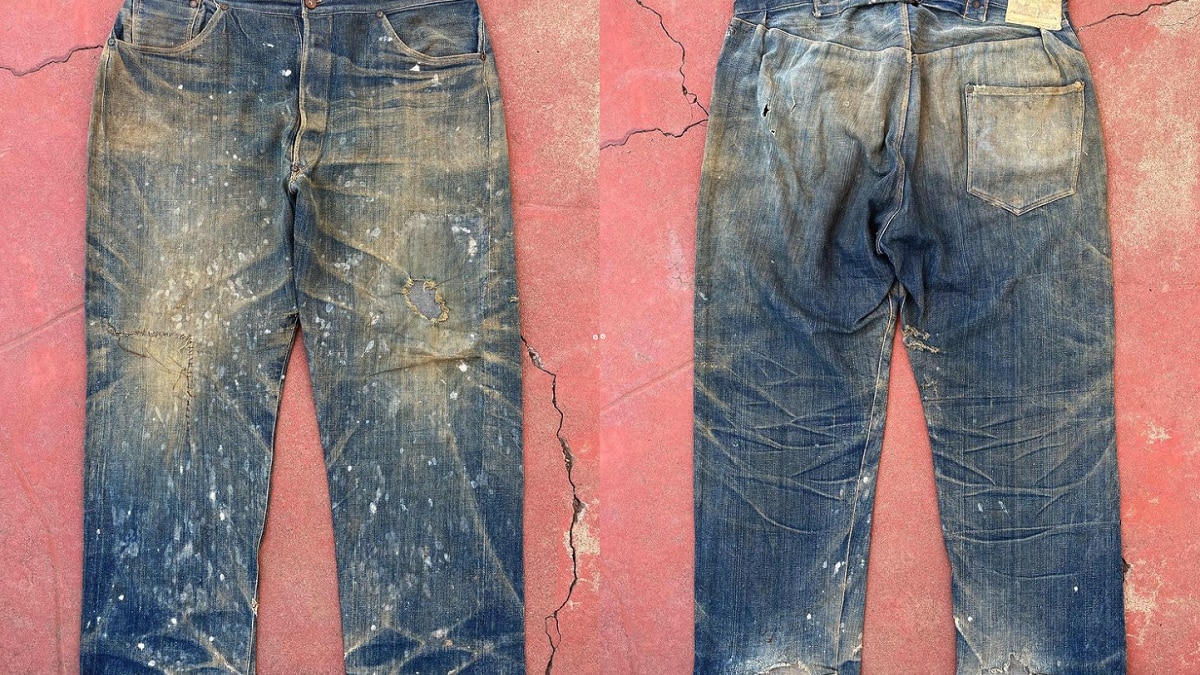 Oldest jeans found in mine: A pair of Levi’s jeans has been sold for Rs.62 lakhs. The special thing is that a pair of jeans was found in the 1880s from an uninhabited mine in America. However, more than 100 years have passed since these 2 jeans came out of the mine. Despite this, it is still worth wearing today.

According to the Wall Street Journal – a pair of jeans were sold in New Mexico, USA. The report states that the jeans of the Levi Strauss & Co brand belong to the ‘Gold Rush’ era. This information was given during the auction of jeans. It is believed that these jeans are from the 1880s.

who bought the jeans
By the way, this pair of jeans was bought by Kel Hoppert together with Zip Stevenson. After adding one buyer’s premium, both of them paid a total of Rs.71 lakhs for the jeans. Kel Hoppert is a Vintage Clothing Dealers. After buying a pair of jeans, there was a discussion on social media. Many people were surprised at their high price.

Levi’s was founded in 1853
American clothing company Levi’s was founded in 1853, this company is famous for denim jeans worldwide. According to the information on the company’s official website – Bavarian (Germany)-born Levi Strauss came to San Francisco in the ‘Gold Rush era’, coming here and started the business of selling fabric (dry goods business). He used to sell clothes, shoes and other items. He was the first to make blue jeans.