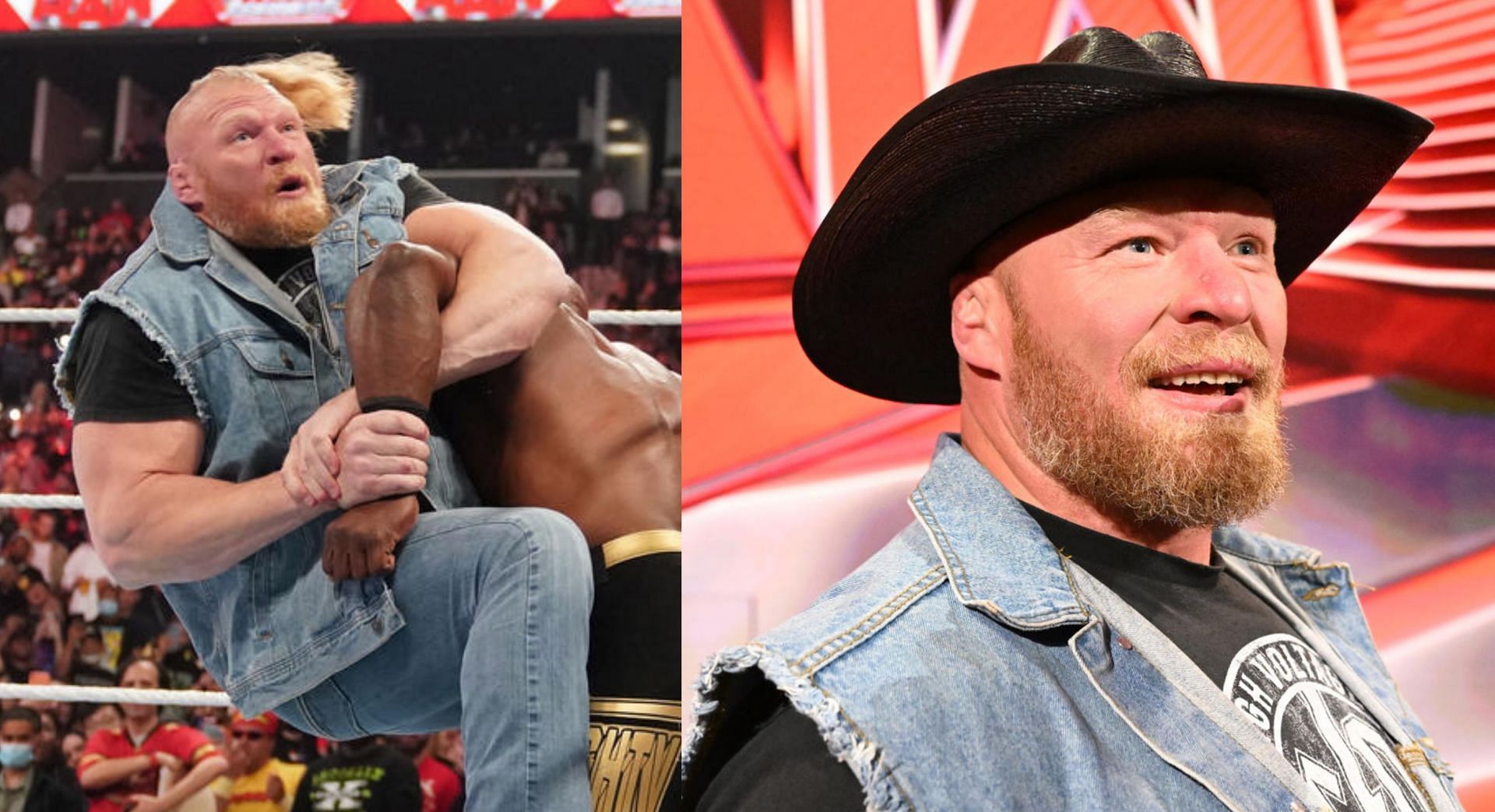 Brock Lesnar: The episode of WWE Raw turned out to be great and Brock Lesnar was instrumental in making it great. Actually, The Beast made a surprise comeback and attacked Bobby Lashley badly. For this reason, Lashley had to face defeat in the United States Title match later.

Not many people expected this return of Brock Lesnar and for this reason the fans were very surprised. There are many reasons why it seems that Lesnar has attacked the entire roster and only Bobby. So in this article we will talk about 4 reasons why Brock Lesnar made a comeback and targeted Bobby Lashley.

4- To make the season premiere of WWE Raw special

This episode of Raw was very important. WWE was making a fresh start from here. For this reason, there was pressure on him to make the show a topic of discussion. Roman Reigns started the show very well. Also good singles matches were also seen.

Fans were already overjoyed about the return of Luke Gallows and Karl Anderson. For this reason everyone’s hopes were over that someone else would also return. That’s why WWE decided to bring in Brock Lesnar. This made this episode very special and many fans were also considering it as the best episode of 2022.

3- To avenge defeat in Royal Rumble

The Royal Rumble 2022 premium live event saw a match between Brock Lesnar and Bobby Lashley for the WWE Championship. In this match, Paul Heyman betrayed The Beast, while Roman Reigns came and attacked Lesnar with the championship belt.

Bobby Lashley got the advantage of this thing. He defeated Brock Lesnar to register the biggest win of his career. After this Brock Lesnar could not avenge that defeat and that is why he came to Raw and attacked Bobby. Now he will be able to take revenge by fighting another match.

Brock Lesnar is one of the biggest and most powerful superstars in WWE. He dominates against superstars of all sizes. There are many big names on the WWE roster right now. However, The Beast’s rivalry with some stars is already over, while some are not yet on their level.

That is why Brock Lesnar has no strong opponent in the current WWE roster other than Bobby Lashley. Also, Lashley’s edge has been heavy on Lesnar before. In such a situation, the match between the two would have been seen as a collision. That’s why Brock targeted Bobby and now they can be matched at Crown Jewel.

1- The previous match was not that good

Brock Lesnar and Bobby Lashley were two such superstars, between whom fans wanted to see matches for years. When WWE fixed this match for Royal Rumble 2022, the fans were overjoyed. However, this happiness of the fans did not last after the match as most of the fans did not like the end of the match.

He did not get the domination he had expected from Brock Lesnar and Bobby Lashley. That’s why Brock Lesnar came back and attacked Lashley. Now there can be a match between the two and he would not like to disappoint the fans at all with his performance this time.