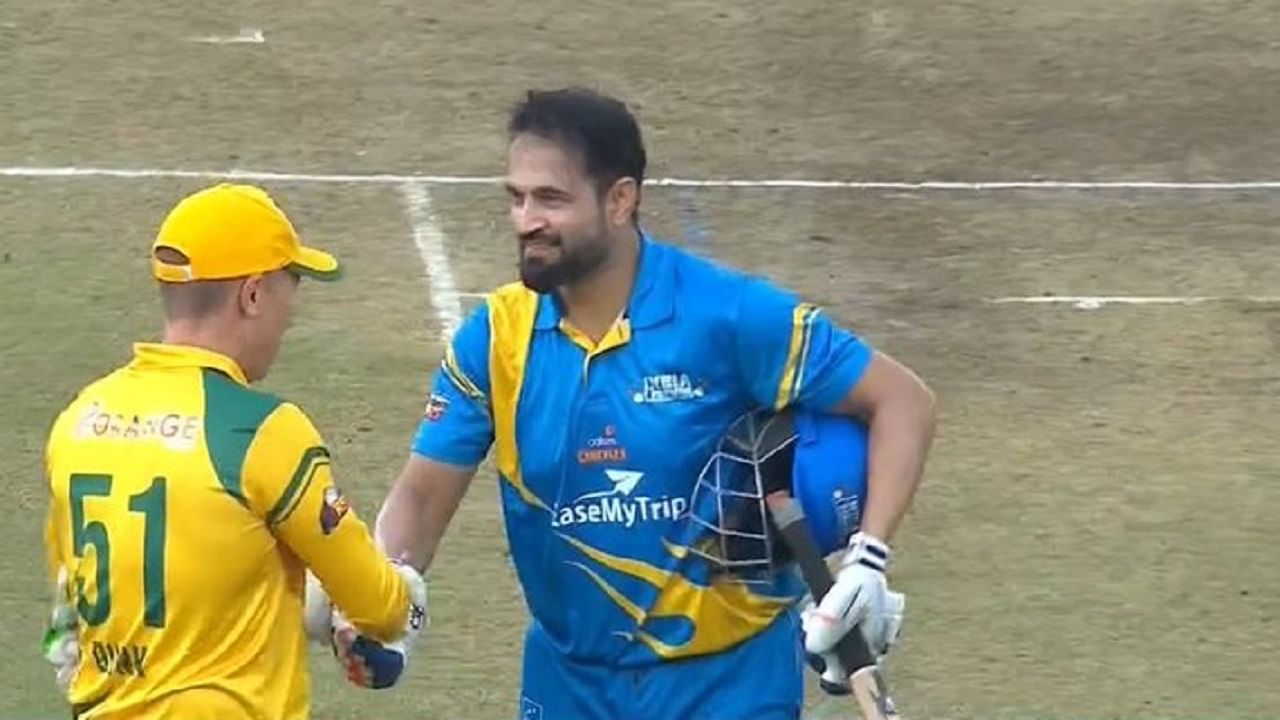 4 sixes, 1 four in 7 balls, Irfan Pathan got the victory, India Legends in the final

India Legends defeated Australia Legends in the semi-finals of the Road Safety World Series, made it to the final. Naman Ojha-Irfan Pathan got the victory. 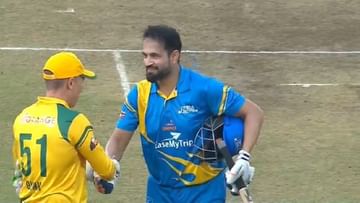 India Legends continues its amazing performance in the Road Safety World Series. India Legends entered the final after defeating Australia Legends in the first semi-final on Thursday. Batting first, Australia scored 171 runs, in reply, India Legends achieved the target 4 balls before losing 5 wickets. Naman Ojha scored the highest unbeaten 90 runs for India Legends. apart from them Irfan Pathan Coming down to number 7 made a big contribution to the team’s victory by scoring 37 runs in just 12 balls.

For Australia, Ben Dunk scored 46, Alex Doolan 35 and Shane Watson scored 30 runs but the Australian team could not stand in front of the power hitting of Ojha and Pathan and they were out of the tournament.

Let us tell you that there was a time when the victory was looking difficult for the India Legends team but all-rounder Irfan Pathan turned the whole match by batting quickly. Pathan turned the match towards India Legends by hitting 4 sixes and a four in 7 balls. Pathan started hitting from the 17th over. He hit a total of 4 sixes off Dirk Nannes. In the 19th over, Pathan hit three consecutive sixes in Nannes’s over. Let us tell you that India Legends needed 24 runs in the last 2 overs and Pathan-Ojha took 21 runs from Nannes’s over. In the last over, Pathan made India Legends’ entry into the final by hitting a four off Brett Lee.

A terrific comeback from the @India__Legends courtesy some brave hitting from Naman Ojha and @IrfanPathan later in the order as the men in blue seal their spot in the finals!#INDLvsAUSL #RoadSafetyWorldSeries #RSWS #YehJungHaiLegendary pic.twitter.com/TRbwfw5vhQ

Who will compete in the final?

India legends have reached the final but the question is who will they face in the title match? The second semi-final is to be held between Sri Lanka Legends and West Indies Legends. This match will be played on 30 September in Raipur.

Let us tell you that in the Road Safety Series, the performance of India Legends wicketkeeper Naman Ojha has been excellent. This right-handed batsman has so far scored the highest number of 158 runs for his team. Ojha’s average is over 39. Stuart Binny has scored 102 runs, whose batting average is more than 51.

Previous Features of Jia’s first 5G phone leaked!
Next Tiger Shroff auditioned for Spider-Man, said – I will save the cost of VFX