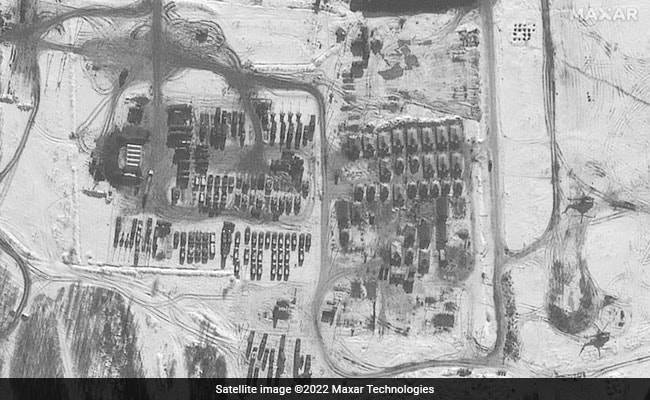 “Forty to fifty percent of Russian troops are in a state of attack. There has been a strategic military gathering there in the last 48 hours,” the official told reporters. The official said the military gathering point is located in the area adjacent to the Russia-Ukraine border, where military units are set up before the attack.

The official said Moscow has mobilized around 125 battalion tactical groups along the Ukrainian border, compared to 60 battalions in normal times. By the beginning of February, this had increased to more than 80 battalions.

The official said the escalation of conflict between pro-Russian separatists and Ukrainian government forces in Ukraine’s southeastern Donbass region, and provocative claims by officials in Russia and the Donbass, suggest that “the destabilization campaign has begun.”

Washington has warned that Russia can incite or fabricate any incident in the region to find excuses to attack Ukraine. US Defense Secretary Lloyd Austin told ABC News’ program “This Week” that Russian President Vladimir Putin has many options available and could strike very soon.

Russia Ukraine Conflict: Russia declares ‘unconditionally’ that it will not attack Ukraine, US demands

Austin said, “I can’t believe it. It’s a hoax. I think he’s assembled on purpose… What kinds of things do you need to make a successful attack?”

Moscow has denied that it has plans to attack its western neighbour, but it is seeking guarantees that Ukraine will never join NATO and that the Western Coalition withdraws troops from Eastern Europe. Western countries have rejected this demand of Russia.

In 2014, Russia invaded and occupied the Crimea region of Ukraine using separatist sympathies.