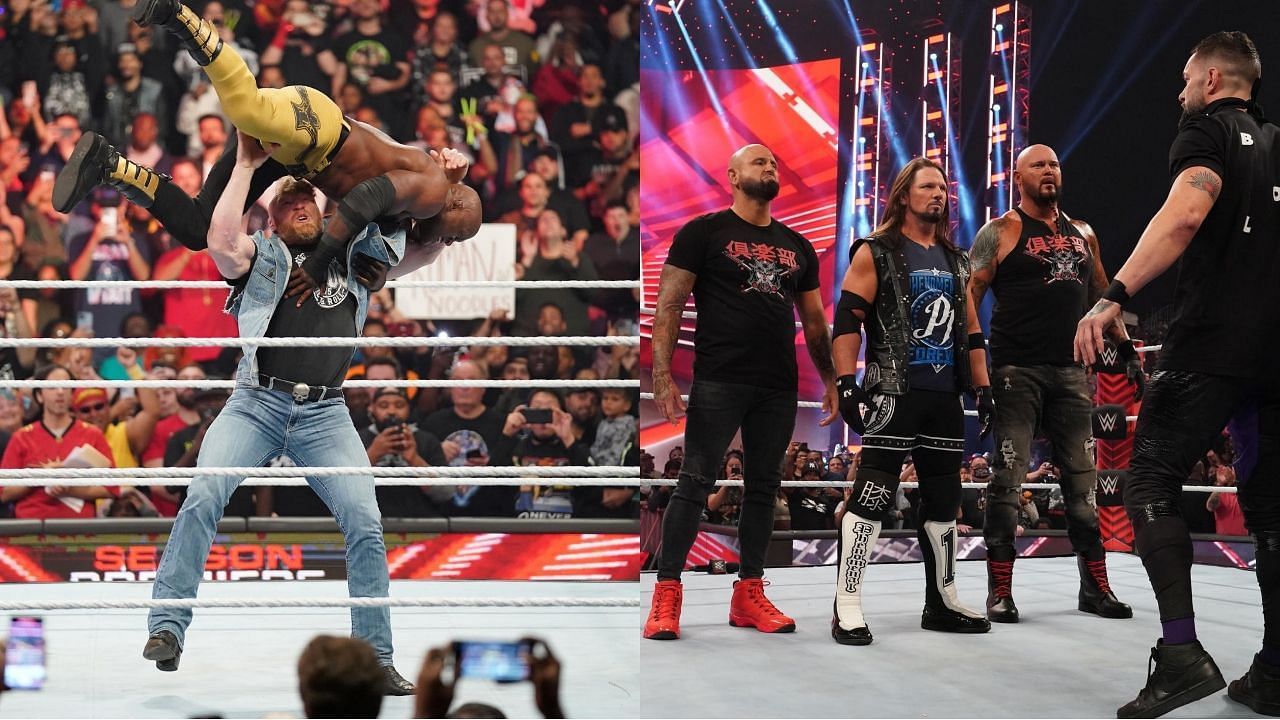 RawThis week saw the first episode of WWE Raw after Extreme Rules. During this episode of Raw, there were many surprises including the return of Brock Lesnar. Apart from this, the company also got a new champion in the show.

The segment of Roman Reigns was also seen during this episode of Raw. Apart from all these things, there was a lot to see in the Red brand. In this article, we are going to mention 5 such big stories that came out from this week’s episode of WWE Raw.

When Johnny Gargano started feuding with Austin Theory after his debut on WWE Raw, it seemed that the two superstars would soon see a match. Let us tell you, both these superstars have worked as a team in NXT. This is the reason why the fans also wanted to see the match between these two superstars.

However, fans had to wait a little longer to see this match of Johnny Gargano vs Austin Theory and this week the match was finally seen on Raw. It turned out to be a great match and in the end Johnny won the match, giving Theory his finisher. It is expected that there will be a rematch between these two superstars soon so that Austin Theory can get a chance to avenge their loss.

This week on WWE Raw, Dexter Loomis spoiled The Miz’s birthday celebration party. After this, when The Miz arrived backstage to complain, DX’s Road Dogg asked Miz to fight against Dexter Loomis. If The Miz defeats Dexter Loomis in this match, then Loomis will have to leave WWE forever.

Which is why it looks like Elias may be seen continuing his feud with Kevin Owens when he returns to Raw next week. It will be interesting to see what kind of bookings Elias is going to get after his return this time and hopefully he will be put to good use this time.

AJ Styles appeared on WWE Raw this week during the Judgment Day segment and after coming there said that he wanted to come back with old friends. After this, AJ Styles and Finn Balor were seen hugging and on Judgment Day it seemed that AJ had become a part of their faction. However, that was not the case at all.

Soon, AJ Styles made it clear that he was referring to Luke Gallows and Karl Anderson. After this both these superstars were seen making a surprise comeback and thus the reunion of The OC has happened. After the return of Luke and Carl, AJ Styles teamed up with them on Judgment Day and forced them to retreat.

This week’s WWE Raw saw the surprise return of Brock Lesnar. After his return, he made Bobby Lashley worse by giving him an F5 and a suplex. Bobby Lashley could not recover from this dangerous attack by Brock Lesnar on Raw.

This is the reason why Bobby Lashley lost his US Title against Seth Rollins in the match that followed this attack. Seth Rollins has been looking very happy since becoming the US Champion. At the same time, with the return of Brock Lesnar, tough times have started for Bobby Lashley and Lashley may soon try to take his revenge on the Beast.