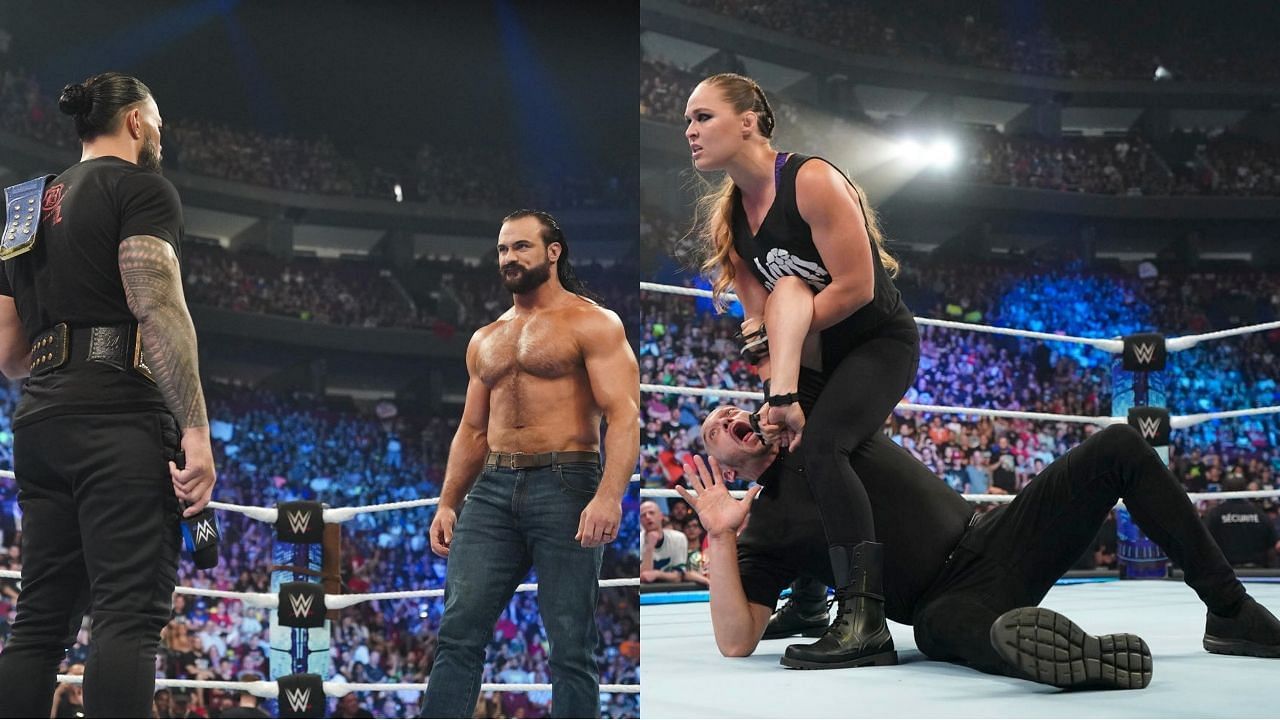 SmackDownThis week the 1200th episode of WWE SmackDown was seen. A lot was seen during this special episode of SmackDown and during this show superstars like Roman Reigns, Ronda Rousey also appeared in action. Also, a big match was announced at the show for Clash at the Castle.

Apart from this, this week’s episode of Blue Brand also saw the debut of NXT’s famous team. Apart from all these things, a lot happened in the show. Without delay, let’s take a look at 5 big stories from WWE SmackDown this week.

This week’s Women’s Tag Team Championship tournament match on WWE SmackDown saw Natalia & Sonya Deville team up against Toxic Attraction (Jizzy Dolin & Jessie Zayn). The team of Toxic Attraction have reached the next round of the tournament by winning this match and this was their main roster debut match.

This week’s Fatal 5 Way match was held at WWE SmackDown and the winner of this match was going to compete against Gunther in the IC Championship match. Let us tell you, Sheamus, Ricochet, Happy Corbin, Sami Zayn and Madcap Moss took part in this match and there was a tremendous match between all these superstars.

At the same time, in the end, Sheamus after giving his finisher to Happy Corbin, pinned him and won the match. With this win, Sheamus has become the number one contender in the IC Championship and will compete in an IC Championship match against Gunther at Clash at the Castle.

WWE SmackDown Women’s Champion Liv Morgan faced Shotzy this week and defeated her. After this match, Shayna Baszler attacked Liv Morgan in the ring and during this time Liv could not defend herself. Let us tell you, Shayna Baszler threatened to break Liv Morgan’s hand as well as get the title from her.

As Shayna Baszler has dominated Liv Morgan during this feud, it looks like she will live up to her claim to win the title against Liv Morgan in Clash at the Castle. However, Liv Morgan is in no mood to lose the title easily and may try to take her revenge on Shayna before the big match.

Despite being suspended, Ronda Rousey appeared on SmackDown for the second week in a row and demanded that her suspension be removed. However, WWE official Adam Pearce refused to lift her suspension, and security then entered the ring to take Ronda from the arena.

Ronda Rousey did not like this thing and made her condition worse by attacking the security forcefully. Soon, at Pearce’s call, the police arrest Ronda Rousey and take her away from the arena. Because of this, the thrill in Ronda Rousey’s storyline has increased a lot and it will be interesting to see what is going to be seen next in this storyline.

Roman Reigns and Drew McIntyre face off in the main event of this week’s show of WWE SmackDown. During this, the Usos were not present in the corner of Roman Reigns and this thing caused a lot of damage to Roman. Let us tell you, during this face-off, Roman started the attack on McIntyre.

Previous How To Send Confidential Email On Gmail? Know what is the process
Next People using Google Chrome are in danger! Google said do this work immediately