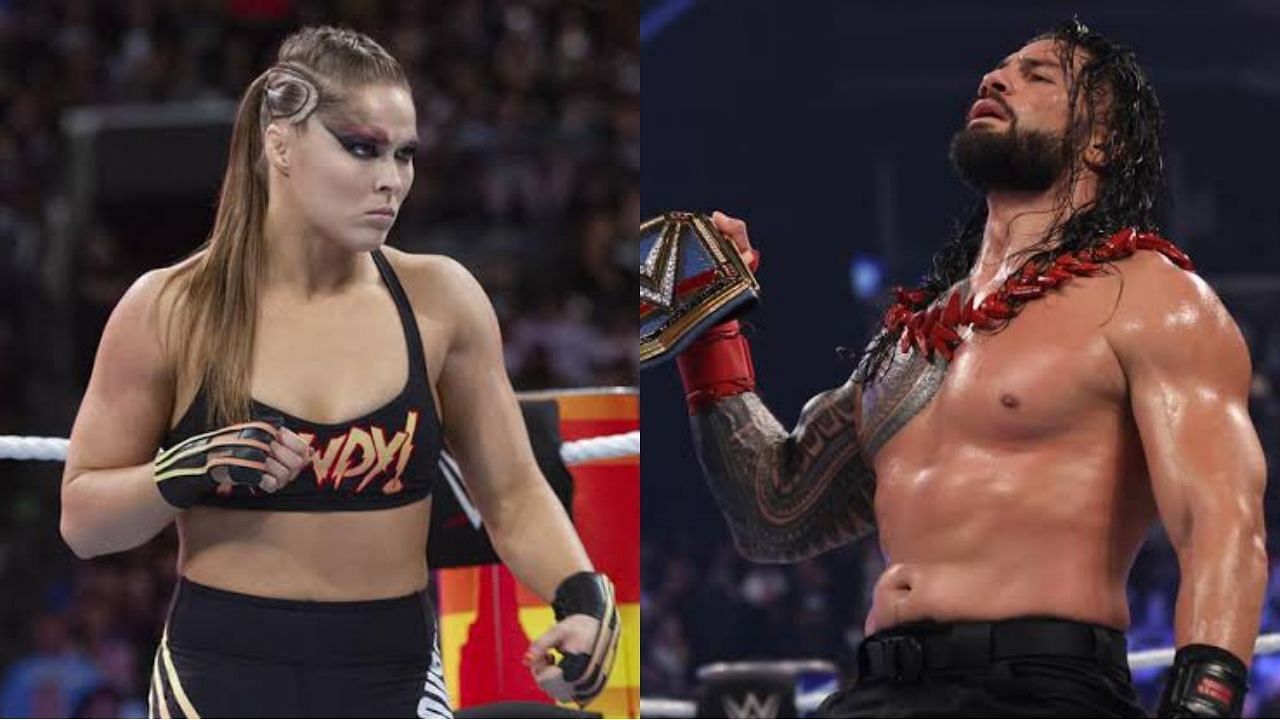 5 shocking things that could happen on SmackDown this week

SmackDownWWE SmackDown had a banging episode last week and the show got the biggest ratings since December 2020. Roman Reigns had a big hand behind making this show a hit, who returned to WWE through the last episode of SmackDown. This week is also expected to be the best show of the Blue brand.

WWE Superstar Max Dupree doesn’t seem to be happy with his faction MMM (Maximum Male Models) for some time now. Let me tell you, after the defeat of his team in SmackDown last week, Max Dupree left his coat in anger and left. Through this thing, Max Dupree hinted at leaving MMM.

It is possible that Max Dupree may have a rift with his team during this week’s episode of Blue Brand. After this, he can surprise everyone by leaving this team. If Max Dupree leaves MMM, it will be interesting to see what his next move in the blue brand will be.

Liv Morgan will defend her SmackDown Women’s Title in a match against Ronda Rousey at WWE Extreme Rules. Before this big match, Liv Morgan showed her dangerous form at Blue Brand last week by defeating Lacey Evans and with this win, Liv sent a strong message to Ronda Rousey.

3- Brawling Brutes vs Imperium match can be seen

Last week on WWE SmackDown, the Brawling Brutes (Ridge Holland & Butch) competed against The Usos in an Undisputed Tag Team Championship match. Let us tell you, in this match, Brawling Brutes had to face defeat due to the interference of Imperium. If seen, the brawling brutes would definitely like to avenge this defeat with the Imperium.

It is possible that WWE may surprise by booking The Brawling Brutes vs Imperium match on SmackDown this week. Through this match, the Brawling Brutals will have a great chance to take revenge on Imperium. Let us tell you, the leaders of these two factions, Sheamus and Gunther will have an IC Championship rematch in the episode of SmackDown to be held on October 7.

Sami Zayn and Solo Sequoia clashed with Ricochet & Madcap Moss last week on WWE SmackDown. Now a tag team match is to be held between these two teams in this week’s episode of Blue Brand. If seen, being a part of The Bloodline, Sami Zayn & Solo Sequoia have a high chance of winning this match.

It is no secret that Sami Zayn and Jay Uso are not friends despite being part of the same faction. Which is why if The Usos are present at ringside during this week’s tag team match, it is possible that Sammy and Jay Uso could see an argument. Taking advantage of this, Ricochet & Madcap Moss can surprise everyone by winning the match.

Following Roman Reigns’ return to WWE SmackDown last week, it looked like he might be referring to his upcoming match against Logan Paul at Crown Jewel. However, this did not happen, but he only appeared in the show giving Honorary Uce status to Sami Zayn in The Bloodline. It looks like Roman may finally take the feud with Logan Paul out of the blue this week.

It is possible that Roman Reigns may be seen during the show and during this segment he can target Logan Paul to hype his match at Crown Jewel. If that happens, it will be interesting to see if Logan Paul is present on the show to answer Roman.