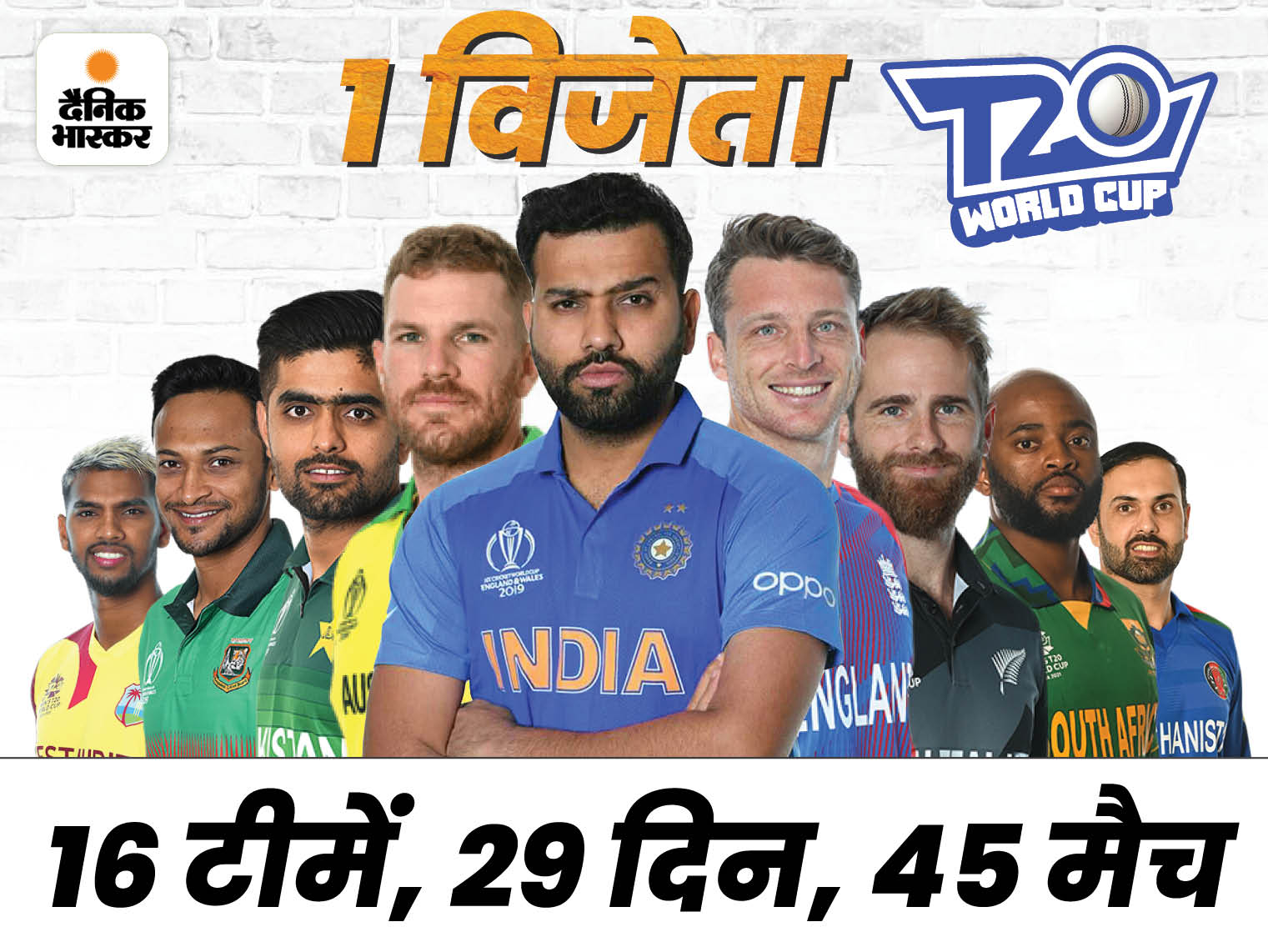 The Mahakumbh of the shortest format of cricket i.e. T20 World Cup is going to start from 16 October. This is the 8th T20 World Cup. This is only the second time since 2007 that this tournament is being organized twice in two consecutive years. Last year in October-November itself, the seventh World Cup was played in the UAE. Actually, the last tournament was to be held in 2020 itself, but due to the Corona epidemic, it had to be postponed for a year. Before this, T20 World Cup was organized twice for two consecutive years in 2009 and 2010. Team India is going to play its first match on 23 October, a day before Diwali.

Let us tell you everything about this mega-tournament, knowing that your excitement about the World Cup will increase even more. These include India’s schedule in the tournament, new rules, points system and group information…

First of all let’s know about the host…
This time the host of T20 World Cup is Australia. All matches of the tournament will be played in seven different cities of Australia. All the teams including India have reached Australia. Warmup matches are being played now.

how long will the tournament last
This time the World Cup is going to start from October 16. The final of the tournament will be played on 13 November at the Melbourne Cricket Ground. In this tournament, the Indian team will enter the Super-12 round.

See the schedule of T20 World Cup in the graphics ahead…

How many teams will be part of the World Cup?
Like last time, this time also 16 teams are participating in the World Cup. The qualifying matches will be played from October 16 to October 21. For the qualifying round, the 8 teams are divided into two groups of 4-4. These are named Group A and Group B. Top 2 teams from both the groups will qualify for the Super-12 round.

See when are India’s matches in graphics…

Super-12 teams are also divided into two groups, which are named Group 1 and Group 2.

How to get points?
The winning team in each match in the group stage will be awarded 2 points. In the event of a tie, the Super Over will decide. On the other hand, if the super over is not possible or the match is canceled due to some reason, then both the teams will get 1 point each. The team that loses the match will not get any point. If two teams have the same points in the group stage, then on the basis of the number of wins and net run rate between them, it will be decided which team will advance.

Oldest and Youngest Team of the Tournament

He is the oldest and youngest player of the four teams currently included in Group-1 of Super-12.

He is the oldest and youngest player of the four teams currently included in Group-2 of Super-12.

2. Any unfair movement from the fielding team
If the bowler intentionally or accidentally makes any unfair movement during the runner-up, the umpire can award 5 points to the batting team as a penalty. In addition, that ball can also be declared a dead ball.

3. ‘Mankading’ no longer ‘Runout’
If the batsman standing at the non-striker’s end is out of the crease and the bowler has not yet delivered the ball, and the bowler throws the ball at the stumps of the non-striker’s end, the batsman is considered out. This was called Mankading, but according to the changed rules, it will be classified as a runout.

6. Throw the ball towards the batsman’s strike before delivery
If the bowler sees that the batsman standing at the strike end is more than the crease before his delivery strike comes, he could throw the ball to run out the striker, but this practice has now been declared invalid. Even if a bowler does this, then this ball will be considered as a dead ball.

Previous T20 World cup: Wow Rey Kismat! Haven’t played T20 for a year, yet Mohammed Shami got a chance due to these reasons
Next New game developed from Dead Space takes an 8-minute tour of Ishimura