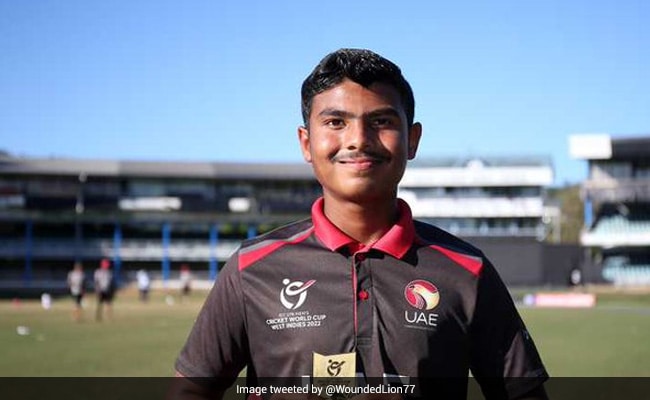 T20 World Cup 2022 As soon as it started, the fans have started getting a chance to dive into the thrill of cricket. Namibia defeated Sri Lanka in the first match of the qualifying round played on 16 October, while on the other hand in the second match against Netherlands, as soon as Aayan Khan (UAE Aayan Afzal Khan) in the playing XI of the UAE. As soon as the entry took place, a world record was registered in his name. Actually, Ayan Khan has become the youngest cricketer in the world to play a match in the T20 World Cup. By doing this, Ayan has broken the record of Mohammad Amir of Pakistan. Amir played his first T20 World Cup match at the age of 17 years and 170 days. (Youngest players in Men’s T20 World Cup)

At the same time, Ayan of UAE played his first T20 World Cup match at the age of 16 years 335 days. That is, Ayan has broken the record set by Aamir after 13 years. Apart from this, Ayan is the youngest player in the world to play T20 World Cup matches.

T20 World Cup begins, know schedule, when and from what time in India you will be able to watch matches, prize money of Rs 46 crore is at stake

Mohd joined the World Cup team in place of Bumrah. Shami, and the Indian team on the tour of Pakistan?