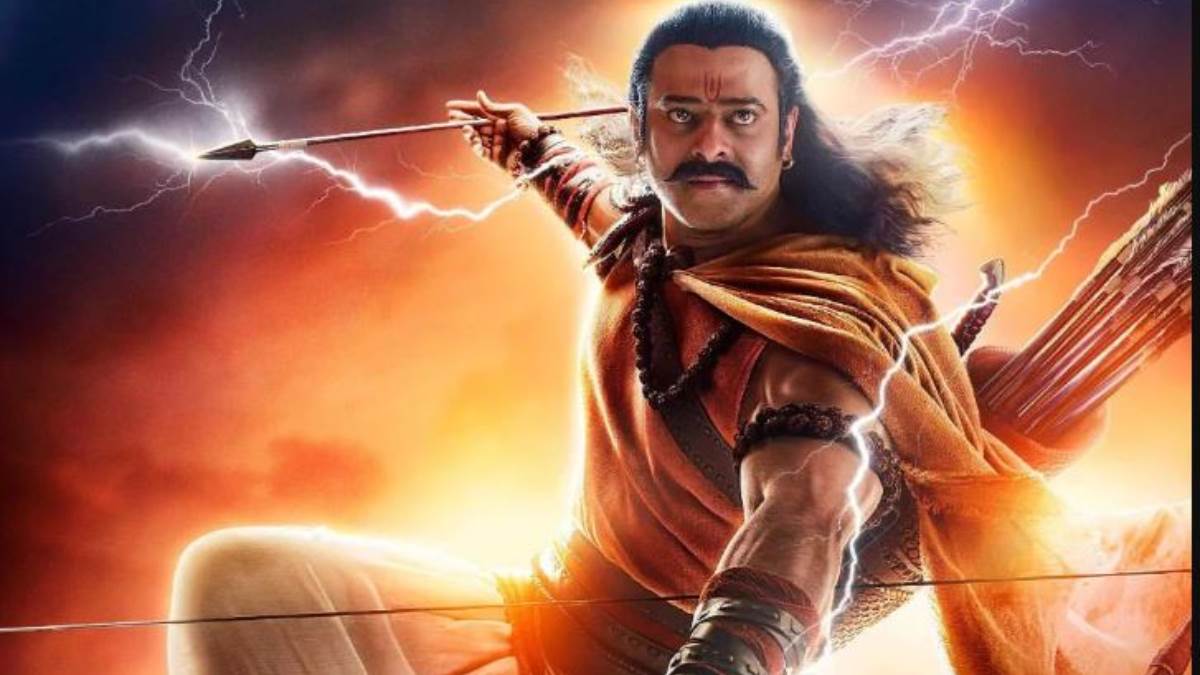 New Delhi, Jnn. Adipurush Controversy: A notice has been issued on Thursday by the Sarva Brahmin Mahasabha to Om Raut, the director of Adipurush film based on Ramayana. It has been written in this notice that the disputed scenes should either be removed within 7 days, otherwise be ready for legal action.

The notice to the director of Adipurush has been sent by Sarva Brahmin Mahasabha.

The lawyer has sent this notice on behalf of Sarva Brahmin Mahasabha. It reads, ‘The film Adipurush has shown a wrong depiction of Hindu gods and goddesses. In this, they have been dressed in leather clothes, which is wrong. At the same time, very low level language has been used, due to which religious sentiments are hurt. Due to this, casteist and religious words have also been used. At the same time, Lord Hanuman is shown as a Mughal in Adi Purush.

The notice further states, ‘Which Hindu gods and goddesses have a beard, that too without a moustache. Hanuman ji is depicted as follows. The film Adipurush completely Islamizes the Ramayana of Lord Shri Ram, Mata Sita and Hanuman ji. Saif Ali Khan, who played the role of Ravana in the film, is seen as Taimur Khilji. This film will bring hatred in the country, which is very fatal for the society and the country.

Make Adi Purush on the basis of Ramayana and Ramcharitmanas

The notice also read, ‘Are you making this film so that you hurt the sentiments of Hindus? Make this film on the basis of Ramayana and Ramcharitmanas. That is why we are sending you this legal notice. You apologize publicly, otherwise legal action will be taken against you after 7 days. So far the director has not reacted to it. 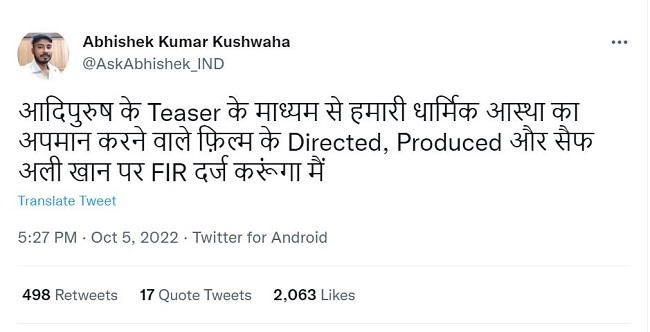