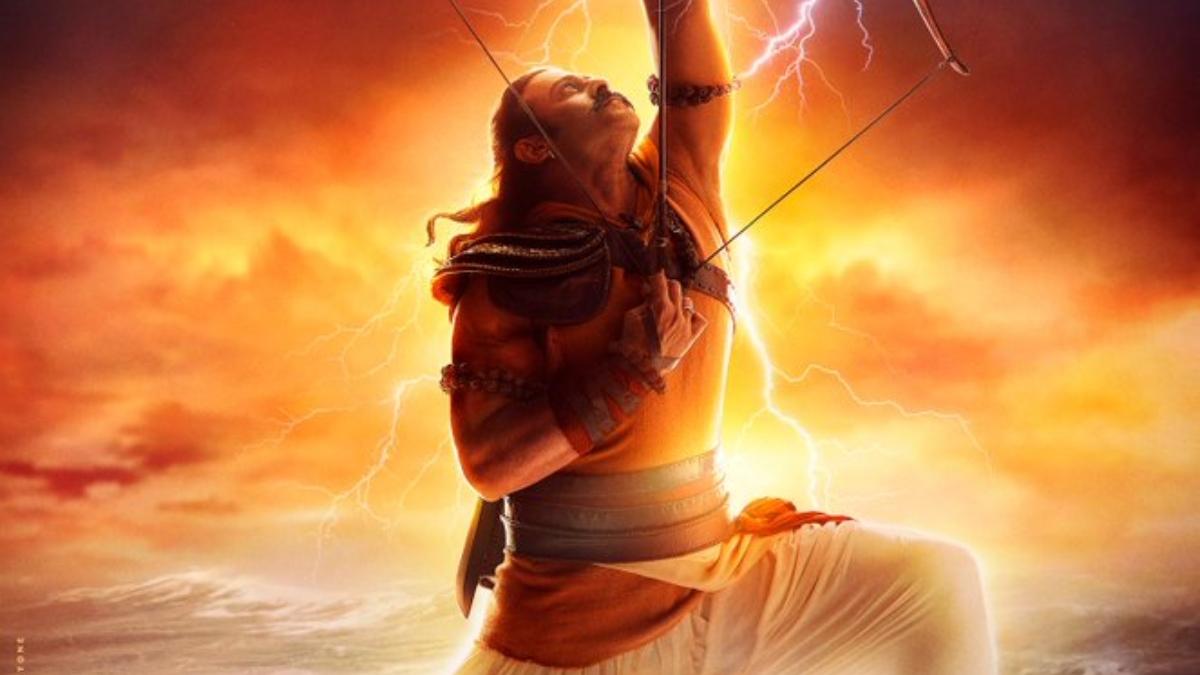 Fans have been waiting for Prabhas’s film Adipurush for a long time. The teaser of this film is going to be released on October 2 in Ayodhya. Earlier, the teaser poster of the film has come out. In this film by director Om Raut, Bahubali Prabhas is playing the role of Lord Ram. A glimpse of his character is being seen in the new poster.

In the teaser poster of Adi Purush, Prabhas can be seen in the clothes of a soldier from mythology. He is aiming with his bow and arrow towards the sky with his feet on the ground. There is an ocean behind them. The sky looks red and gold and the lightning is flashing. It is clear from Prabhas’s look that his film is going to be tremendous.

Sharing the poster, actor Prabhas wrote the caption, ‘Start. We are going to start our journey on the banks of Saryu river in Ayodhya, you too should come along. Unveil the first teaser and poster of Aadipurush with us on 2nd October.

Prabhas is coming with Ramayana

The story of Ramayana is going to be shown in the film Adipurush. In this, along with Prabhas, Kriti Sanon, Saif Ali Khan and actor Sunny Singh Nijjar will be seen. The film is directed by Om Raut and produced by Bhushan Kumar. The budget of Adipurush is being told about Rs 500 crore. With this, it has become one of the most expensive films made in India. It is also being told that Rs 250 crore has been spent on its visual effects.

Prabhas’s film has been shot simultaneously in Hindi and Telugu languages. Its story was written by Om Raut in the lockdown of Kovid-19. Prabhas liked this story and he decided to work in it. Saif Ali Khan will play the role of Ravana in the film. On the other hand, Kriti Sanon, Sita and Sunny Singh are going to be seen as Laxman. It will be released in Hindi and Telugu as well as Tamil, Malayalam and Kannada languages. Its release date has been kept as 12 January 2023.