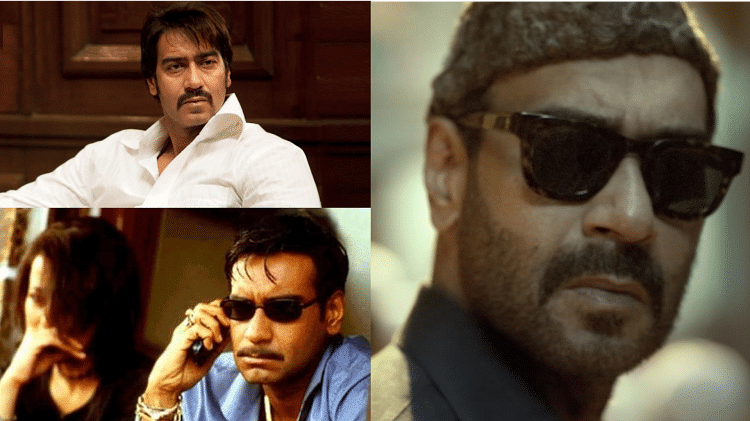 Ajay Devgn: Ajay Devgan made a hat-trick by becoming Rahim Lala, before this, Haji Mastan and Dawood inspired characters

Actor Ajay Devgan’s deal and face in Pen Studios’ film ‘Gangubai Kathiawadi’, which is going to release on Friday, garnered a lot of applause on social media on Saturday. A show reel about Ajay Devgan’s character Rahim Lala in the film showed his character coming forward to help Gangubai, the heroine of the story, and how he thrashes her opponents after reaching Kamathipura. Rahim Lala later gives her the title of ‘Mafia Queen’, making her his partner. With this character, Ajay Devgn also completed the cycle of playing all three notorious mafia dons of Mumbai on the big screen.

The name of Ajay Devgan’s character in ‘Gangubai Kathiawadi’ is Rahim Lala. Sources close to the film admit that the character is based on Karim Lala, who was the name of terror in the Mumbai underworld. Karim Lala’s full name was Abdul Karim Sher Khan and he formed a group of Afghan Pathans in Mumbai and started taking contracts to settle economic disputes between the wealthy people. A picture of Karim Lal meeting the then Prime Minister Indira Gandhi has also been in discussion many times. This is a photo of the time when he was in Delhi with Padma awardee Harendranath Chattopadhyay. It is also interesting that during the Emergency when all the underworld dons like Haji Mastan were put in jail, no one even laid hands on Karim Lala.

Haji Mastan has also been a notorious name of the Mumbai underworld. It is said that director Yash Chopra’s film ‘Deewar’ was based on his character and Amitabh Bachchan’s character was inspired by Haji Mastan. Ajay Devgan did a character based on the character of Haji Mastan in the film ‘Once Upon a Time in Mumbai’. The name of this character in the film is Sultan Mirza. Released in 2010, the film was written by Rajat Arora and directed by Milan Luthria. This film is counted among the powerful Hindi films made on the underworld. The film was produced by Ekta Kapoor and the film did well at the box office as well. Emraan Hashmi’s character in this film is said to be inspired by Dawood Ibrahim.

Karim Lala, Haji Mastan and Dawood Ibrahim, these are three such names of the Mumbai underworld, which are often mentioned in the films made on the underworld. The news of the three having close relations with all the stars of the Hindi film world has also come to the fore in the past. Karim Lala had even kept an album of these meetings in his office in which pictures of all the superstars of that era were with him. In a picture from this album, Karim Lala is with the then Prime Minister Indira Gandhi.

Previous Harmanpreet kaur got out due to lethargy, watch video
Next Team India Test Squad: Pujara-Rahane out of Test team, this was the reaction of fans on Twitter – cheteshwar pujara and ajinkya rahane dropped ind vs sl test series fans reaction twitter tspo