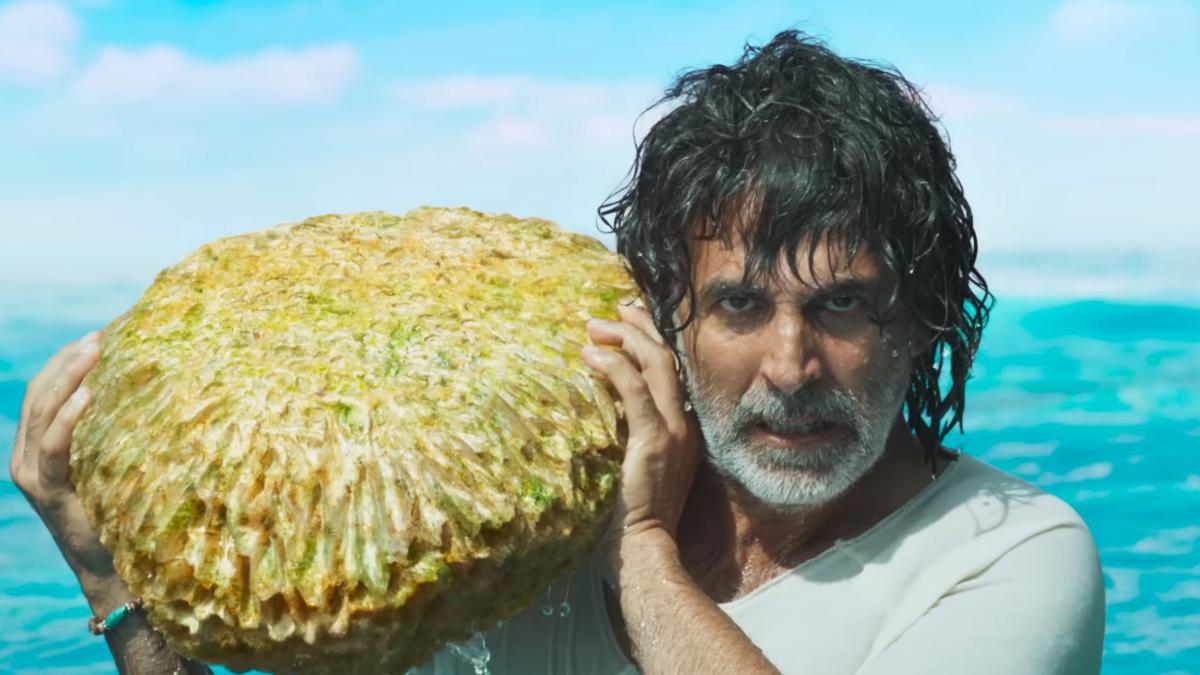 Akshay Kumar’s film ‘Ram Setu’ is in constant discussion. The trailer of ‘Ram Setu’, which is going to be released on Diwali, was shared on October 11 and people liked the song ‘Jai Shri Ram’ playing in the background. The makers released this song on Thursday. Which people are very fond of. So far 10 million people have watched the video of ‘Jai Shri Ram’ on YouTube.

Akshay took off his shoes
In this video going viral on social media, ‘Ram Setu’ star Akshay Kumar is at the launch event of the song. Just before the launch of the song, Akshay is talking to the public and is saying that everyone will sing a song together. And while doing so, he is taking off his shoes. After this the song is launched and Akshay is also seen singing with the public on the stage.

Fans praised Akshay
This small gesture of Akshay has won the hearts of the public. Sharing this video on social media, a user wrote, ‘That’s why I like Akshay Kumar. Despite being such a big hero, he respects Hindu traditions. How can anyone hate a person with such a beautiful heart.’ Many users on social media have shared this video with praise of Akshay.

#AkshayKumar taking off his shoes during #JaiShriRam song launch
That’s why I like Akshay Kumar, even after being such a big hero, it always respects Hindu traditions.

Clash with Ajay Devgan’s ‘Thank God’
Talking about ‘Ram Setu’, this is Akshay’s fourth film in theaters this year. Earlier, three of his films ‘Bachchan Pandey’, ‘Samrat Prithviraj’ and ‘Raksha Bandhan’ have been released in theatres. All these three films of Akshay were flops at the box office. Now Akshay is bringing the mythological bridge related to the story of Lord Rama, the story of Ram-Setu. The release of ‘Ram Setu’ on 25 October i.e. Diwali can give him a big advantage and it can be his first hit film in 2022.

But in front of Akshay’s film, Ajay Devgn and Sidharth Malhotra’s ‘Thank God’ is a big challenge. Both the films are of big stars and Ajay’s box office record on Diwali has been very strong. Although. At this time, social media and people’s discussions are telling that the atmosphere is a bit high regarding Akshay’s ‘Ram Setu’. Now it remains to be seen which of the two films does a great job at the box office.

Previous T20 World Cup: Why does the ‘paper lion’ Indian cricket team pile up in the big competition?
Next Oppo Find N2 features leak, may launch with Snapdragon 8+ Gen 1 processor and AMOLED display