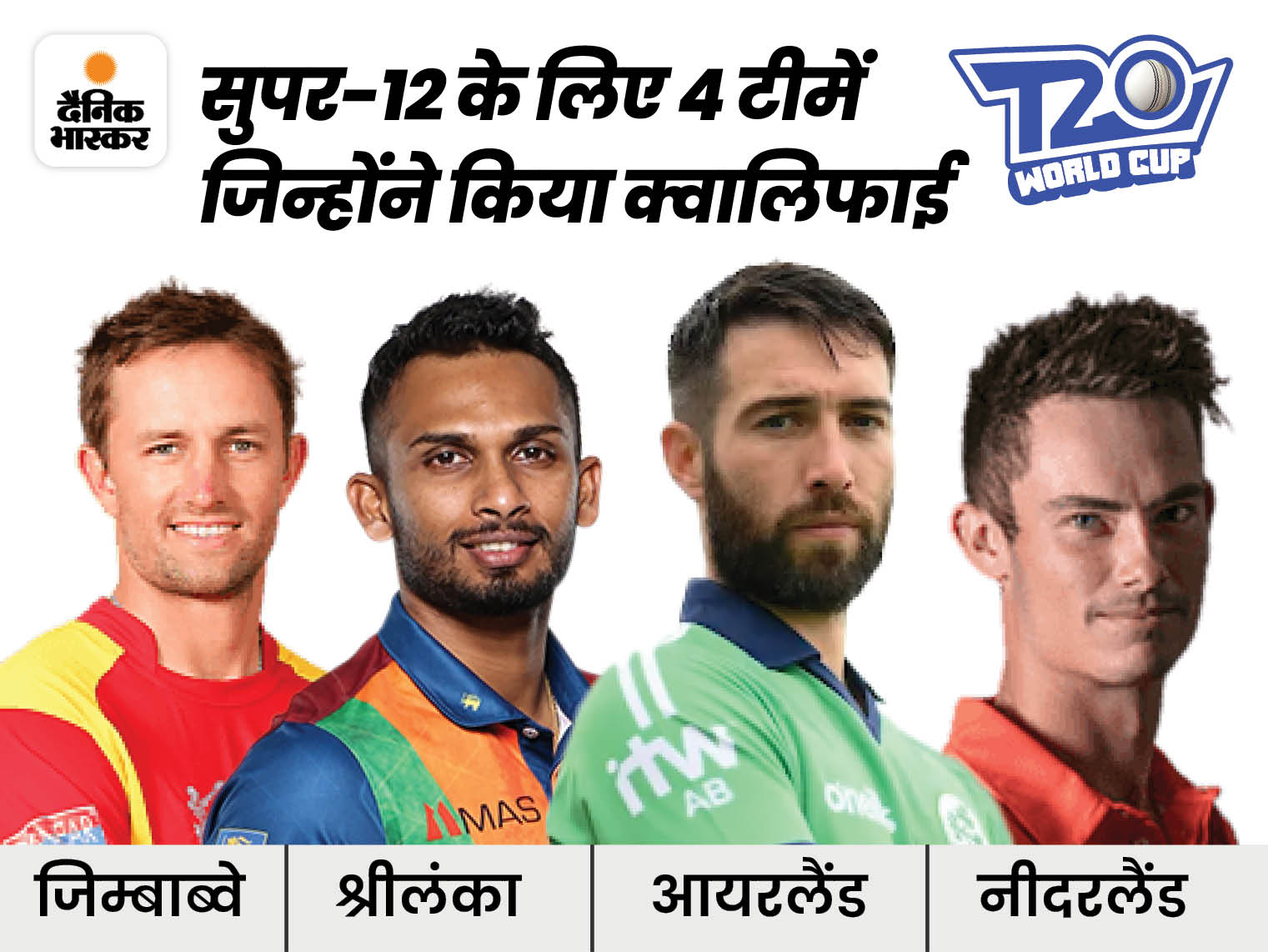 The qualifying matches of T20 World Cup 2022 are over. The last match was played between Scotland and Zimbabwe. Zimbabwe’s team has made it to the Super-12 by winning by 5 wickets. Now the Super-12 matches will start from October 22. That is, the top-12 teams of the world will fight for the World Cup title.

Batting first in the last match of the qualifying match, Scotland could score only 132 runs in 20 overs for the loss of 6 wickets. George Munsey scored the most runs for Scotland. He faced 51 balls and scored 54 runs. At the same time, Callum McLeod scored 25 runs in 26 balls.

Tendai Chatara and Richard Nagarwa took the highest 2-2 wickets for Zimbabwe. In reply, Zimbabwe’s team achieved the target in 18.3 overs. Craig Ervine scored the most runs for Zimbabwe. He scored 58 runs in 54 balls. At the same time, 40 runs came off 23 balls from Sikandar Raza’s bat.

Which teams are in the group of India
India is in Group-2 of Super-12 and 6 teams of this team have been finalised. The Indian team will play against Bangladesh, India, Pakistan, South Africa, Netherlands and Zimbabwe. The first match is against Pakistan to be held on 23 October.

At the same time, the teams of Afghanistan, Australia, England, New Zealand, Sri Lanka and Ireland are going to face each other in Group 1.

Now let’s know which teams are in Group-1 of Super-12.

Australia is the defending champion team of this tournament.

England team has recently won series in Pakistan and Australia

Now let’s know which teams are in Group-2 teams.

This time the Indian team is landing with a new captain in the form of Rohit Sharma.

South Africa are in Super-12 with India, Pakistan and Bangladesh

Pakistan’s team will play its first match against India on 23 October.

Previous You will be able to transfer WhatsApp data from Android to iOS, just follow these tips
Next Russian Map Shows PoK And Aksai China The Part Of India