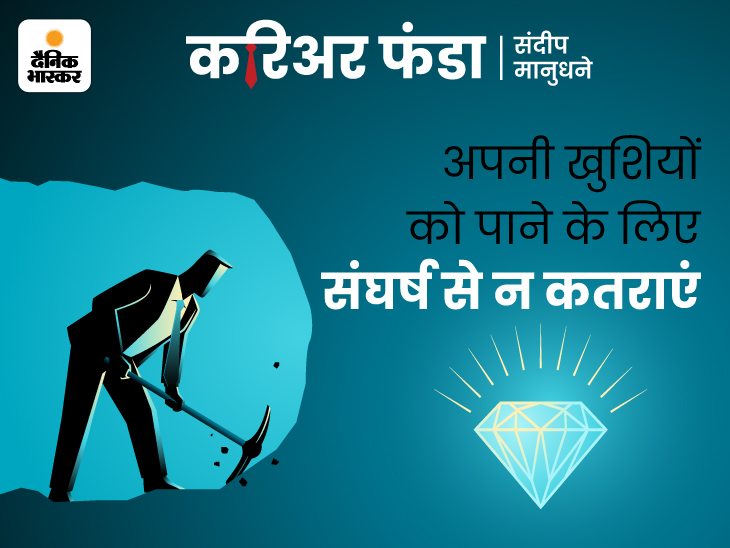 The Pradeep that Jhilmil is visible is not far away. Are you tired, brother? The destination is not far.

Have you seen this movie?

Chris’s marriage breaks up (wife splits after handing over son to Chris) because Chris is a good salesman but he puts all the money on a new type of ‘portable medical scanner’, and the income doesn’t come as fast . Now begins the daily series of struggles which is enough to break Chris but he does not break.

There are many life lessons in the film which are essential for all. I have seen this movie many times till now and it has always given me courage to learn new things from the struggle of life.

5 Life Lessons From ‘The Pursuit of Happiness’

1) Defend your dream: In one scene of the film, Chris tells his son, ‘Never listen to anyone saying that you can’t do anything, even mine myself. You have a dream of your own, you have to protect it. When people can’t do something themselves, they say you can’t do it either. If you want something, go get it.’

Chris Gardner never gives up and tries his best to make his dream come true. When one of the products he sells is stolen, he tries his best to retrieve it. On the first day on his way to work, he is hit by a car and loses his shoe on the road, yet he reaches work on time.

2) The road to happiness is full of failures: In the words of poet Sohan Lal Dwivedi, ‘The boat does not cross fearing the waves, those who try are never defeated.’ ‘When a little ant climbs with a grain, it slips a hundred times on the climbing walls.’ This is one of the important lessons I learned from the film. In the film, we see Chris go through many difficult phases before achieving success. The car had to be sold, the wife abandoned it, he became homeless, his business was not really working, he had to take care of his son on his own… meaning the setbacks were endless. Similarly, if you are facing huge setbacks in your life in pursuit of happiness and fulfilling your dreams, then you are on the right track.

3) Hard Work and Smart Thinking: Gardner was a man who made many mistakes. He invested his life savings in a product that was often being rejected by the customers. Smart thinking comes in handy when hard work doesn’t yield results.

Gardner was a smart man and was good at maths. When his products don’t sell despite hard work, he starts using his core skills and results start showing. The task of solving the Rubik’s Cube for one of the executives of Dean Witter (where he gets the job) earns him an interview call. During his internship, unlike others, he had to fetch his son from daycare and ran to find a place in a shelter for the homeless. This means that he wanted to finish the work fast.

4) Accept the unexpected: life is unpredictable! What do we think, and what happens. It is said in English ‘Main Proposes and God Disposes’ that means we can hardly imagine a future where everything is shaped according to our expectations. But the more you can accept reality, the more you can overcome difficult paths. In this film, Chris loses everything one by one – spending the night just before his internship interview in prison. Still, with all these shortcomings we see that Chris is dreaming of a happy life and he works day and night for him.

Many a times, when you have achieved a life goal that makes you happy, that little feeling of happiness is very short-lived. The journey to your goal is the beautiful part from which happiness can always be found Including learnings, ups and downs, failures, everything. Doing this makes you grow as a human being, it is okay to reach the destination, the journey to the destination becomes pleasant.

So don’t delay! Watch a movie today and recharge your motivation dose!

Today’s career fund is that even the darkest nights are sure to dawn if you persevere, and keep going.

1) Understand these 5 hormones, you will have better control over life: Oxytocin increases trust, then cortisol releases sadness

2) Which board should be given to the children, CBSE, ICSE, IB or State: Decide by looking at the teaching methodology and syllabus of all four

3) 8 Lessons From The Life Of Abraham Lincoln: Always Be On Top, Save The Nation From Breakdown And Work From Small To Big Jobs

6) 5 Steps To Deal With Frustration In Exams: Accept Your Truth… Resolve – Tomorrow Will Be Mine

7) Increase EQ in these 5 ways: Control of anger, increases the ability to understand others, Emotional quotient

Previous “Want to have a title match against Roman Reigns once again” – former WWE Champion openly challenges Tribal Chief
Next Refrigerator Under Cheap Price TCL Q10 Grid Refrigerator with 3 refrigeration systems Launched | The cheap 555L fridge came to freeze in minutes, see whether it is a fridge or a door