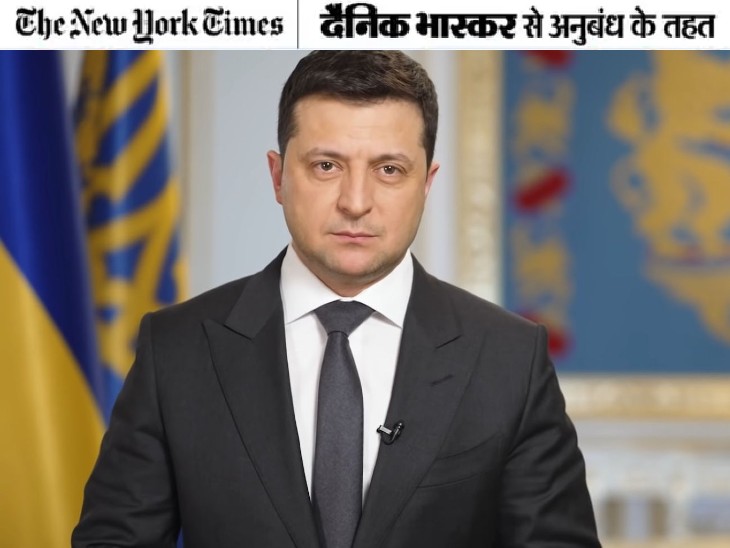 The biggest reason for the tension between Russia and Ukraine is about NATO forces. Russian President Putin does not want Ukraine to join NATO at any cost. According to US Secretary of State Antony Blinken, Ukrainian President Volodymyr Zelensky is considering holding a referendum in the country in view of Russia’s concern. This referendum will decide whether Ukraine will join NATO or not.

Antony Blinken said – Ukraine is looking for a peaceful way to reduce tension with Russia. Earlier on Tuesday, Antony Blinken met Russian Foreign Minister Sergei Lavrov. Then there was an agreement between the two on a diplomatic solution to the crisis.

America does not trust the withdrawal of Russian troops
Moscow has announced the withdrawal of troops from the Ukraine border amid increasing tensions between Russia and NATO. However, America still does not trust Russia. “We haven’t seen a clear pull-back of the Russian military yet,” Blinken said in an interview with ABC News. On the contrary, a large military gathering is visible.

NATO Secretary General, Jens Stoltenberg, also pointed out that Russia is still in a position to attack Ukraine without warning. We also have to see whether the Russian forces are withdrawing or just the troops are being moved here and there.

Russian military weapons may again be deployed on the Ukraine border

Russian military helicopters and tanks were deployed on the Crimea’s Slaven Coast. Ukraine border is just 13 kilometers away from here.

Kremlin spokesman, Dmitry Peskov, has dismissed American fears. Peskov says that the US and NATO have not yet properly assessed the situation. Russia’s Defense Ministry also released a video saying – A train laden with Russian tanks, armored vehicles and howitzers has left Crimea, the army will soon return to their bases.

Researcher Ruslan Leviev, who monitors Russia’s military movement, has dismissed all these claims. Leviev says that Russian military equipment removed from Crimea can be deployed again on Ukraine’s eastern border.

War planes of Russia and America crossed the flying path

Pentagon officials said on Wednesday that warplanes between Russia and the United States had come face-to-face three times in dangerous ways in the past week. Once there was only a distance of 5 feet between them. Last week, Russian SU-35 fighter jets and American P-8A surveillance aircraft crossed each other’s flying path, officials said.

Navy Captain Mike Kafka, spokesman for the Pentagon, said – We have conveyed our concerns to the Russian authorities through diplomatic channels. Fortunately, no one was hurt even after crossing the flying paths of both the countries, but there can be mistakes in the assessment of such incidents. Which can lead to serious consequences.