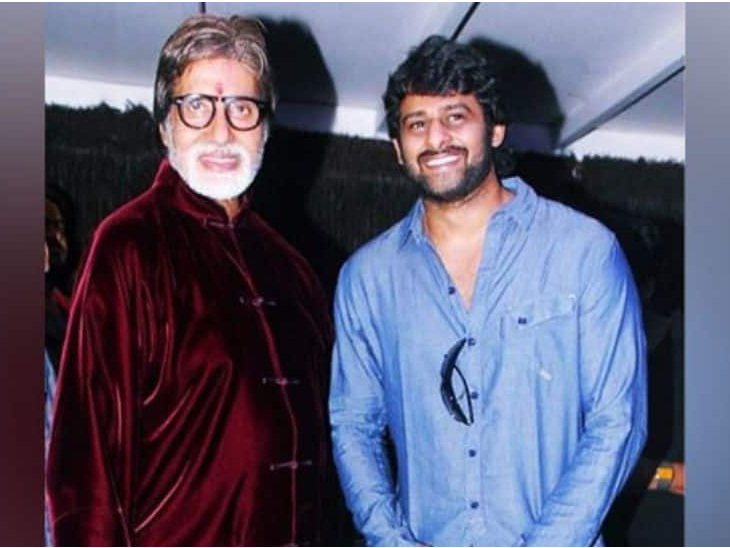 Bollywood’s megastar Amitabh Bachchan and South’s popular actor Prabhas are going to be seen together soon. The shooting of this film has started. The name of this science-fiction to be released in multi-language has not been decided yet. On Saturday, the first day of shooting, Amitabh Bachchan shared his experience with Prabhas through social media, describing him as a talented and humble artist. At the same time, Prabhas wrote that, working with the legend Amitabh Bachchan is like a dream for me.

Amitabh and Prabhas praise each other

Amitabh Bachchan wrote, “First day…First shot…First film ‘Baahubali’ with Prabhas…It’s a great honor to have his aura, his talent and his humility together…imbibe to learn Doing!!”.

Prabhas also shared the throwback photo of Big B and wrote, “It’s like a dream come true for me. First shot of the film with Legendary Amitabh Bachchan sir!”.

will be one of the most expensive films

According to media reports, it will be one of the most expensive films in India. Its first schedule was shot in December last year. Along with Amitabh and Prabhas, Deepika Padukone is also going to be seen in this film of director Nag Ashwin. Deepika has shot her part with Prabhas in Hyderabad. What is going to be the look of Deepika and Amitabh, it has not been revealed yet.