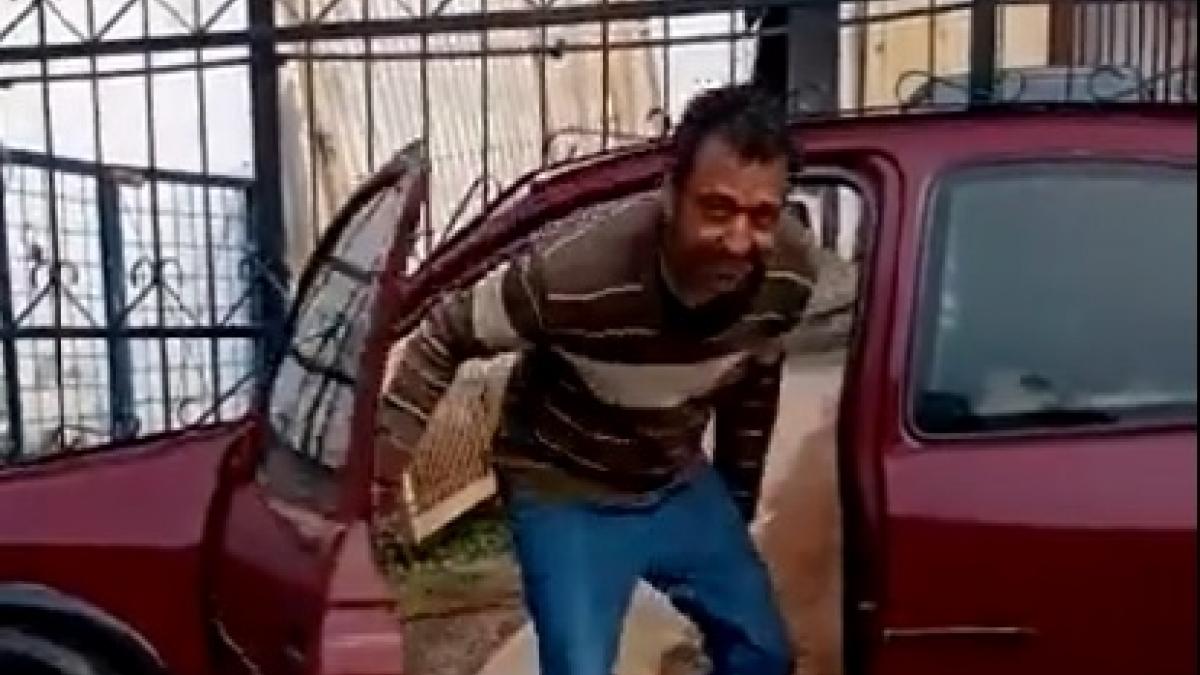 Anand Mahindra needs an answer to this question – has given 4 options, one wrote… Jugaad University Graduate – anand mahindra share a video on twitter innovative idea quirky sense of humor tuto

Hobbies are a big thing. There are some people who work out of the box. Seeing which you will be surprised, and you will also appreciate that where does this idea come from? One such person has surprised Anand Mahindra, the head of Mahindra Group, with his innovative idea.

Anyway, Anand Mahindra is always known to pursue new talent. Often they share such videos or photos on social media, which you can call funny. But there is a great idea and message hidden in that picture or video.

In this episode, Anand Mahindra has shared a 25-second video on his Twitter handle on Friday. In which a young man has given a part of the car as the main gate of his house. At first glance, you will feel that the person is coming out of the car. But he has converted the car into a gate.

Actually, the young man has attached a part of the car in the main gate, the car has one wheel each in front and back. The gate is sliding. Therefore, when opening and closing the gate with the help of the wheel of the car has become very easy. For a small door in the main gate, the person has used the car gate. Which is a completely new idea. This video is giving many messages at once.

This person is:
1) A passionate car lover?
2) An introvert who doesn’t want anyone to try and enter his home?
3) Someone innovative with a quirky sense of humour?
4) All of the above? pic.twitter.com/CZxhGR7VDb

Sharing this great video, Anand Mahindra has asked a question to the people, for which he has given 4 options. He has asked about the person seen in the video, how do you see him? These are their 4 options.

1. Passionate car lover?
2. An introvert who doesn’t want anyone trying to break into his house?
3. With a strange sense of humour, who is innovative?
4. All of the above?

Previous Shahnaz Gill broke silence on the news of dating, said this
Next Death Stranding arrives on PC Game Pass on August 23rd