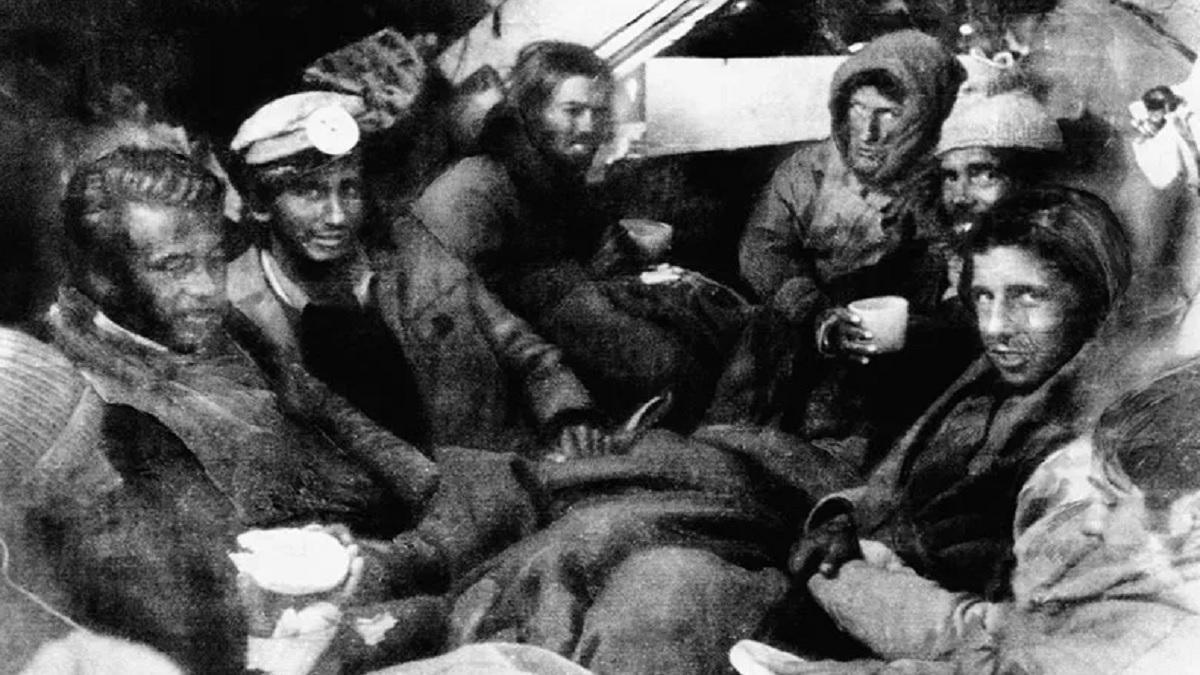 Amidst the bone-chilling cold of minus 30 degrees, some people, hungry for several days, were waiting for their death with bated breath. Those trapped in an unknown place in the Andes Mountains of South America had nothing but the wreckage of their crashed plane and the bodies of their companions. When the temperature was ready to freeze the blood, the hunger of the stomach was burning the intestines. Eventually, he took off the heavy cloak of civilization and humanity and set it aside and began to eat the flesh of his dead comrades. The story of these people, who spent 72 days on the line between life and death, is going to give goosebumps.

The team went out to play rugby matches
The thing is from the year 1972. The Old Christian Club booked a chartered Uruguayan Air Force plane to fly its rugby team from Montevideo, Uruguay to Santiago, Chile. Its name was Uruguayan Air Force Flight 571 or Fairchild.

On 12 October the twin-engine Fairchild turboprop took off from Carrasco International Airport with 5 crew members and 40 passengers. Apart from club members, friends, family and others were also given space on the plane to cover the cost of booking the plane.

Due to bad weather, he had to stay in Mendoza, Argentina. Now the new route had to cross the Andes hill to reach Chile. The Fairchild was designed to fly at altitudes of approximately 22,500 feet (6,900 m), so the pilots devised a course south of the pass of Planchon, from which the aircraft could safely cross the Andes.

Major mistake made by pilot
About an hour after takeoff, the pilot informed air control that he was flying over the pass, and shortly thereafter told the radio that he was to reach Curico, Chile, about 110 miles (178 km) south of Santiago. Has gone. In fact, the pilot had miscalculated the position of his plane and this one mistake was soon going to cost the entire crew a lot.

The plane was still in the Andes. Unaware of the pilot’s mistake, the air control asked him to reduce his altitude for landing. After this, contact with the Chilean air control was lost with the aircraft. Fairchild, along with 45 of its passengers, was lost in the Andes.

On the other hand, as soon as the altitude was reduced, the plane came to the extent of the hills. First the plane hit the hill on the right, and also broke on the left before crashing. This crash was so severe that 12 people died on the spot. The 33 survivors were now trapped in the cold of -30 degrees Celsius, at an altitude of 11,500 feet.

On the other hand, the air control started searching for the plane, but they soon realized that the last location of the plane was wrong. Rescue operations were diverted to the Andes, but it was very difficult to see the white plane in the snow-covered passes. Apart from this, the rescue team also soon assumed that no one would have survived in such circumstances. After 8 days of search operation, the rescue team returned.

The struggle to survive began
The painful part of the story had passed, but the dreadful part was about to begin. Most of the 33 survivors were injured. He had to face severe cold, hunger and thirst. The candy and wine that were on the plane to eat, they also ran out soon. After a week passed, hunger and thirst started to haunt her. In such a situation, there was only one way left in front of him. The logic of the social fabric lurked before the hunger to survive. Eventually, they decided to eat the bodies of their dead companions.

The stubbornness to survive in terrible conditions made them cannibals. To fill their stomach, they started eating the dead bodies of the same companions who were their friends or relatives till a few days ago. Even after all this, instead of reducing their problems, they were going to increase more. In the next one week 6 more people died and after that one night the avalanche broke on the hill.

and worsening conditions
To save themselves from the cold, everyone had made the plane their hideout from the debris. The avalanche covered the plane’s wreckage with snow. Those who could not escape were killed. 8 more people lost their lives in the avalanche. By 12 December, only 16 people were left alive. They understood that no one was going to save them now. So he decided to leave the hill. 3 people went in different directions looking for a way out. Eventually, one of them found his way to the village of Los Matanes, Chile.

The remaining survivors reached that path. One had to cross a river to reach the village. This was a big danger. All of them could have flown into the river. In such a situation, he decided to stop by the river and wait for someone to come.

life finally won
Luck finally supported them and the very next day the people of the village appeared on the other side of the river. It was not possible to communicate amidst the noise of the river, so he wrote a message on a paper, wrapped it on a stone and threw it on the other side. The people of the village understood his point and on 22 December, 2 rescue helicopters reached with their help.

Due to bad weather, only 6 people could be rescued on the first day and the remaining 8 people had to wait for one more day.

world’s attention
The story of those who survived for 72 days caught the attention of the whole world. After returning home, they told that they were forced to become cannibals to stay alive. Many books were written on his story and films were also made. Pierce Paul Reid’s Alive (1974) became the best selling novel, which was also made into a film in 1993.