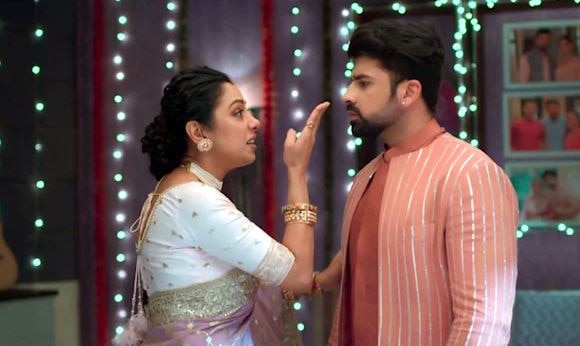 New Delhi: High voltage drama is going on these days in the small screen’s famous show ‘Anupamaa’. Due to the new twists and turns, the TRP of the show is also touching the sky. Till now you have seen in Anupama that Kinjal is preparing to get divorced from Toshu. On the other hand, Samar refuses to marry in front of the entire family. Due to the award, there are daily fights in Shah House.

Paritosh will not go to Garba event

At the same time, now there is going to be a Garba event in the show, where the entire Shah and Kapadia family is going. However, Kinjal puts a condition in front of the family that she will go there only if Paritosh does not go. In the upcoming episode of ‘Anupama’, you will see that Anupama and Anuj will arrive as chief guests at the Garba event. At the same time, Paritosh will keep an eye on everyone from afar and will execute a new conspiracy to take revenge on mother and Anuj.

This twist will come in the show

Paritosh is keeping an eye on Anupama and Anuj to take revenge. He wants to ruin the happy moments of both of them. According to the reports, Paritosh is planning something big and the storm of difficulties is going to come in front of both of them soon.

Paritosh will kidnap his own daughter

Ba will get the award at the event where the whole family will be happy with it, but as soon as Baa comes to know that Anupama will give her the award, she will get angry again. In the upcoming episode of the show, it will be shown that Anupama is immersed in the celebration of Navratri. During this, she will perform Garba with the family members. Meanwhile, seeing the opportunity, Toshu will kidnap his own daughter.