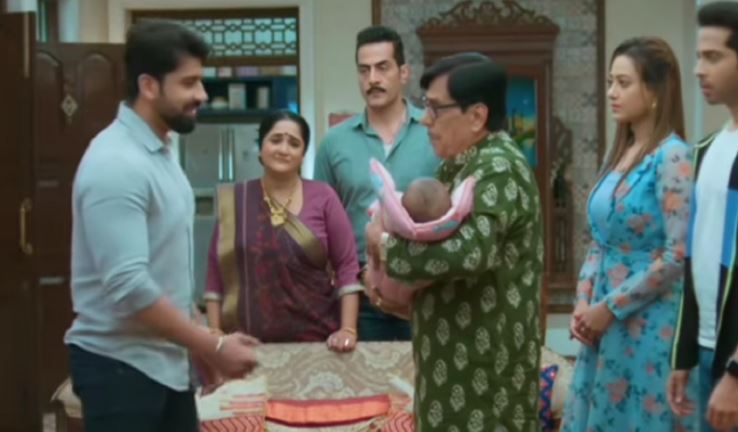 New Delhi: These days new twists and turns are being seen in the famous show ‘Anupama’. The TRP of the show is also touching the sky. Kinjal has come to stay at Anupama’s house after Paritosh’s extra-marital affair was revealed in the show these days. Ever since the truth of Paritosh’s extra-marital affair has come to the fore, there has been an uproar in Shah House.

In the upcoming episode of ‘Anupama’ it will be shown that Kinjal goes to Shah House again with Baa and Vanraj. On the other hand, Rakhi Dave will once again reach the Shah House to create a ruckus, but the twists and turns in Rupali Ganguly and Gaurav Khanna’s ‘Anupama’ do not end here.

This twist will come in the show

Till now you have seen in Anupama that the next morning Vanraj and Baa reach Kapadia House to convince Kinjal. Both repeatedly explain to Kinjal that she should go to her house, because the rest of the family should not be punished for Paritosh’s mistake.

Anupama then comes there and explains to both of them not to force her. Once again Vanraj gets a little angry and says that he is not forcing him, he is just explaining. After this Anupama tells Kinjal that if she wants to go, she can. Kinjal then decides to return to Shah House with Baa and Vanraj.

Kinjal will not forgive Paritosh