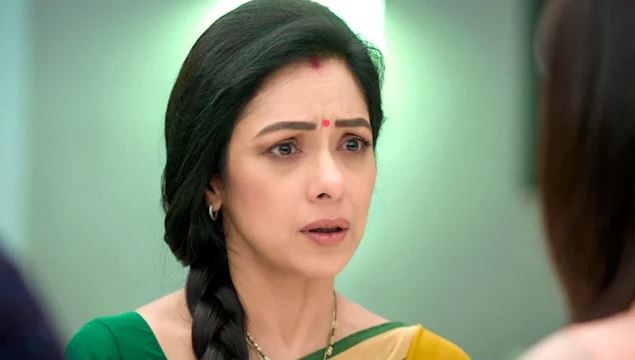 anupamaa written updates toshu forgive to anupamaa what will kinjal decide | Anupamaa Updates: Toshu will apologize after falling at Anupama’s feet, what will be Kinjal’s decision?

New Delhi: Rupali Ganguly in the form of ‘Anupama’ played such a magic on the audience that it is not taking the name of the end. Every track shown in the show is well liked. These days high voltage drama is going on in ‘Anupama’. Due to the new twists and turns, the TRP of the show is also touching the sky. Paritosh has no respect in his family since the time he broke the news of extra-marital affair.

Toshu will apologize to the family

Instead of apologizing, he is rewarding and making mistakes. The story in ‘Anupama’ is still stuck between Paritosh’s revenge and his broken relationship. Till now you have seen in Anupama that Kinjal is preparing to get divorced from Toshu. Due to the award, there are daily fights in Shah House.

Happiness is about to return to the Shah family

In the last episode of Anupama, we saw that Toshu kidnaps his own daughter during the Garba event. Anupama, Samar and Vanraj set out to find him and Toshu along with his daughter meets Anupama at the temple. During this, there is a heated argument between the two and then Anupama brings Toshu back home. Perhaps once again happiness is going to return to the Shah family in Anupama.

Will Kinjal give her husband a chance?

In the latest episode of Anupama, viewers will get to see a new form of Paritosh who will apologize by falling at Anupama’s feet. Toshu will apologize to Anupama after regretting his actions. He will be seen asking for a chance to become Kinjal’s good husband. Paritosh tells Kavya and Baa to slap him.

What decision will Kinlaj take?

He cries out to Kinjal and says that he can even give his life for his daughter. Kinjal’s heart breaks in the midst of this drama. She decides to rethink her divorce decision. Now it has to be seen what decision Rakhi Dave and Kinjal take?

Previous Over pitched ball outside off-stump, Babar Azam knelt on his cover drive, watch video
Next Tata brings offers on all models, from Tiago to Safari to remove 2022 model