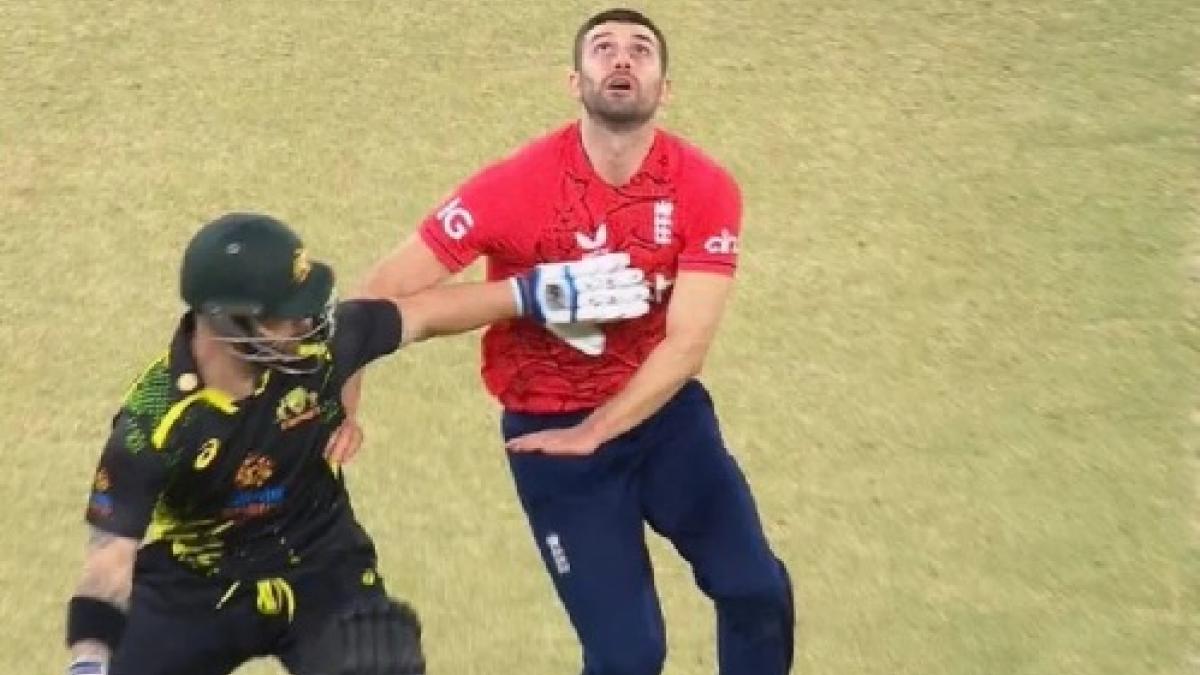 England have made a great start in the T20 series against Australia. England defeated Australia by 8 runs in the match played in Perth on Sunday. With this win, the English team led by Jos Buttler has taken a 1-0 lead in the three-match series. Now the second T20 match between the two countries will be played in Canberra on 12 October.

Controversy also arose during the first T20 match when Australian player Matthew Wade pushed English bowler Mark Wood to avoid being dismissed. This whole incident happened on the third ball of the 17th over of the Australian innings. Matthew Wade tried to play a big shot but the timing of the ball was not right and it stood in the air. In such a situation, bowler Mark Wood had a golden opportunity to catch this catch.

Seeing Mark Wood approaching him, Wade did a shameful act under the guise of going inside the crease. During this, Wade pushed Mark Wood with his hand to avoid being caught out, due to which Wood could not catch the catch. The English team did not appeal against Wade for ‘obstructing the field’, so the on-field umpires did not refer the matter to the third umpire.

Had the English team appealed for ‘obstructing’, Wade would have been ruled out by the third umpire because he had deliberately pushed Wood. However, Matthew Wade did not take advantage of the opportunity and was dismissed after scoring 21 runs in 15 balls. He was the last recognized batsman and England won the match after his dismissal.

Hales was the player of the match

Australia team could score only 200 runs for nine wickets in 20 overs. Mark Wood was the most successful bowler for the England team, taking 3 wickets for 34 runs. At the same time, Reece Topley and Sam Curran got 2-2 successes. Alex Hales played a brilliant innings of 84 runs in 51 balls, on the basis of which the English team scored 208 runs for six wickets in 20 overs.

Hales was adjudged the player of the match for this explosive innings. On the other hand, Captain Jos Buttler said in a funny tone about this incident, ‘I do not know what happened. The umpires asked if I wanted to appeal and I thought we had to stay here in Australia for a long time. In such a situation, could not have taken the risk so soon.

Previous Want to download Instagram Reels on iPhone, Android Phone and Laptop, follow this easy way
Next Arjun Kapoor to be seen in action in Pushpa 2? Producer told the truth – Is Arjun Kapoor a part of Allu Arjun Pushpa 2 know the truth Rashmika Mandanna tmovb