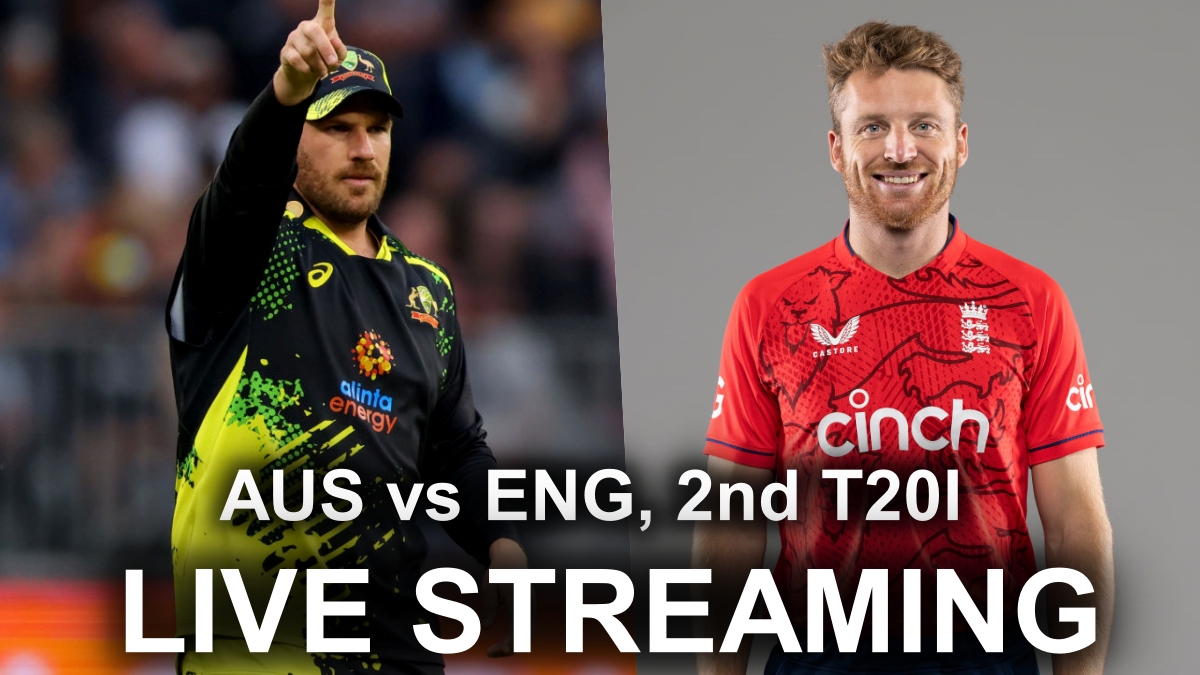 AUS vs ENG, 2nd T20I LIVE STREAMING: The visiting team is leading 1-0 in the three-match T20 series being played between Australia and England. Under the captaincy of Jos Buttler, the England team won a thrilling victory against Australia in the first match. The England team now has a chance to capture the series. However, the Australian team will be desperate to counterattack and will not allow England to win the series so easily. In such a situation, once again a tough competition can be seen between the two teams. Let’s know all the important information related to the second T20 match and its broadcast …

When will the second T20 match between England and Australia take place?

The second T20 match between England and Australia will be played on Wednesday (October 12).

Where will the second T20 match be played?

The match between the two teams will be played at Manuka Oval, Canberra.

What time will the match start?

The toss of the second T20 match between England and Australia will be held at 1:10 pm Indian time. Whereas the first ball of the match will be bowled in 1:40.

On which channel can you watch this match?

Sony Sports Network has the broadcast rights for the England and Australia series. In such a situation, the match will be broadcast live on TV on Sony Ten 1 and Sony Ten 1 HD.

Where can I watch the live streaming of the match?

The match will be live streamed on the Sony Live app and can be enjoyed online there.

Previous PC with advanced features including ‘Surface Pro 9 Tablet’, ‘Surface Laptop 5’ may be launched. Microsoft Surface Event 2022; Tablets & Laptops Price, Launch Detail
Next Know that because of which person Dayaben left the Taarak Mehta show, the actress herself told the truth