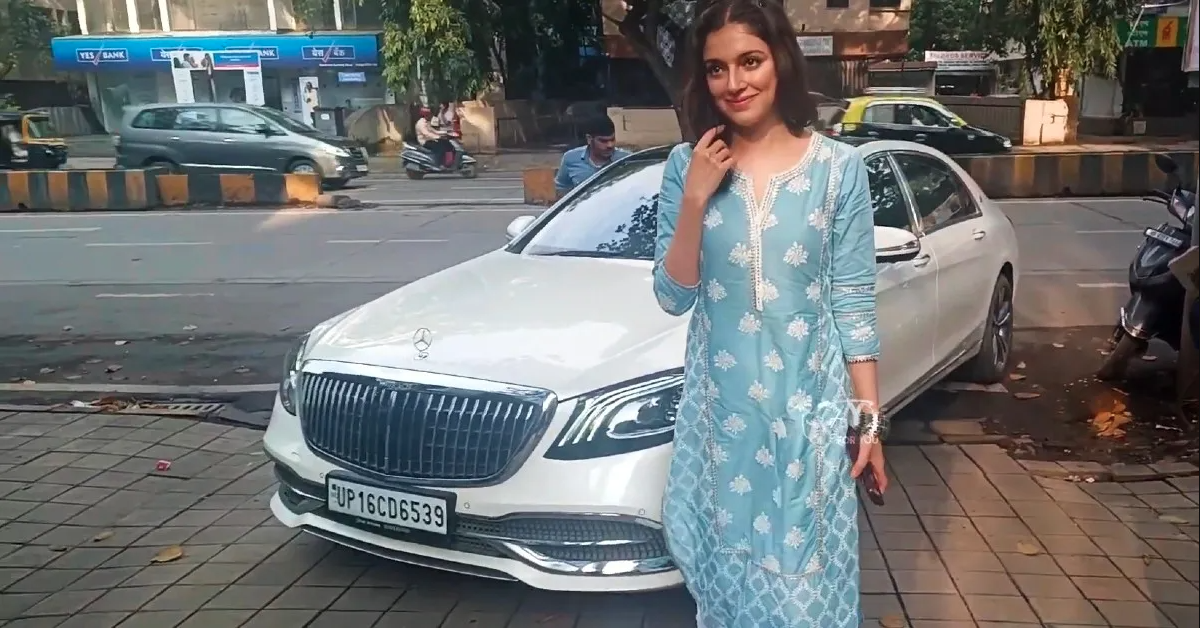 Its love for Bollywood and expensive cars is nothing new. We’ve seen this over the years, and with the advent of more luxurious and sporty offerings in the market, there are tons of options for celebrities to choose from. Among luxury sedans, the Mercedes S-Class has always been at the top of the list among Bollywood celebrities. Even the top-spec form of the saloon, the Mercedes-Maybach S-Class, has gained popularity in recent times. Well-known actress Divya Khosla Kumar is one such personality who currently owns a Mercedes-Maybach S-Class.

In a recent video uploaded by Cars For You to YouTube, we can see Divya Khosla Kumar getting off her white colored Mercedes-Maybach S560 while she was visiting Mahesh Bhatt’s office in Mumbai. Divya, who is also the wife of T-Series owner Bhushan Kumar, is often seen in luxurious cars at various events and while out on the town. Most of these cars are either owned by Bhushan Kumar or registered in the name of Super Cassettes Industries Ltd, the parent company of the T-Series label.

Apart from the Mercedes-Maybach S560 seen in the video, Bhushan Kumar has many other great offers. Amidst all this, the red-coloured Rolls Royce Cullinan takes center stage as one of the daily drivers of Bhushan Kumar, who was one of the first owners of this massive luxury SUV in the country. Apart from this, Kumar also owns many other high-end cars like Ferrari 458 Italia, Bentley Flying Spur, Mercedes-Maybach S500 and Audi R8 Spyder.

Many celebs have S-Class

Bhushan Kumar is not the only celebrity in Bollywood who owns a Mercedes-Maybach S-Class. In the past, we have seen many Bollywood celebrities who have bought this flagship sedan, such as Deepika Padukone, Hrithik Roshan, Priyanka Chopra, Janhvi Kapoor and Jackky Bhagnani. Even the latest generation Mercedes-Maybach S-Class has been bought by Bollywood celebrities like Shahid Kapoor and Kangana Ranaut.