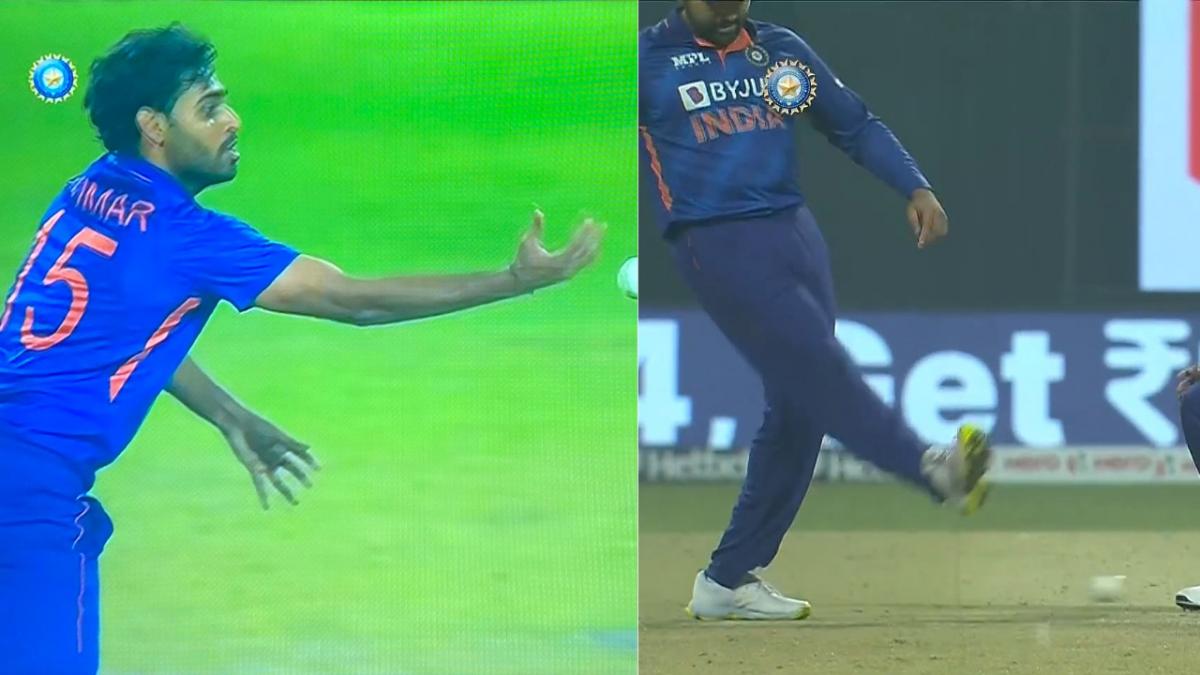 Rohit Sharma, Ind vs Wi 2nd T20: In the second T20 match played between India and West Indies, the poor fielding of Team India took everyone by surprise. Team India left two important catches in this match. But in the end, when the match was at a very exciting turn, at that time experienced bowler Bhuvneshwar Kumar dropped a catch on which captain Rohit Sharma also got angry.

When Bhuvneshwar Kumar was bowling in the 16th over of the West Indies innings, West Indies’ Rowman Powell wanted to play a big shot. The ball stood upright and remained near the pitch, Bhuvneshwar wanted to take this catch on his own ball but he could not do so.

A high but easy catch was dropped by Bhuvneshwar Kumar, while captain Rohit Sharma was ready to take the catch next. Rohit Sharma’s reaction was worth watching when the ball fell down, he kicked the ball and the ball went away.

No disrespect to Rohit Sharma but imagine if it was Virat Kohli.
Cricket Twitter would have gone crazy. pic.twitter.com/Nn5SGxc70j

The special thing was that when Rohit Sharma kicked the ball, then the ball went so far that the West Indies batsmen ran and took a run. That is, West Indies got two runs on this ball and one wicket was also saved.

This drop catch of Bhuvneshwar Kumar surprised everyone, the spectators who were present on the field were also surprised by this. The reaction of some children in the ground was worth watching, when their mouth was left wide open as soon as the catch was dropped.