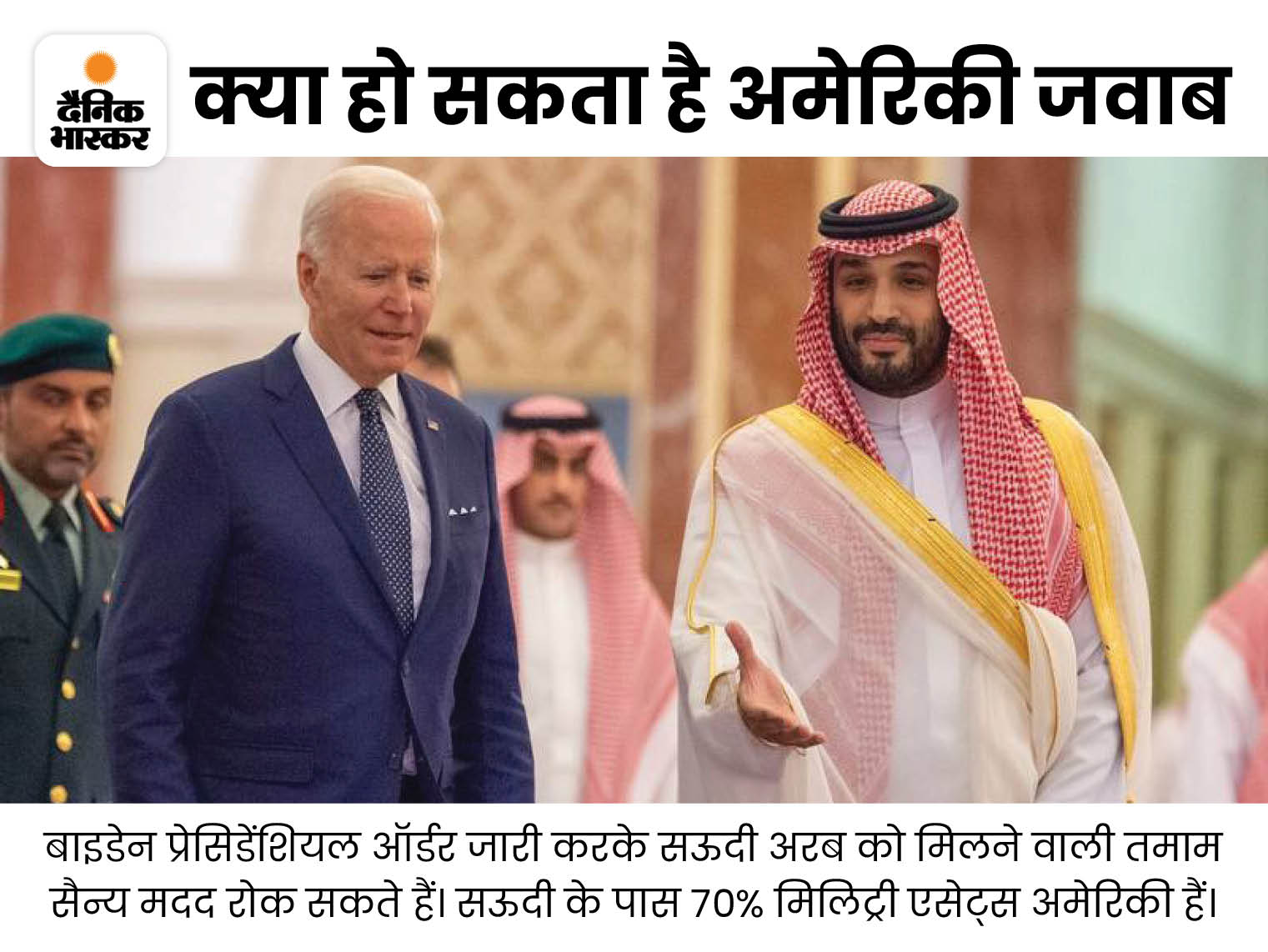 Biden will not meet Prince Salman at G20 summit; US angry over reduction in crude oil production US Saudi Arabia | Joe Biden Will Not Meet Prince Mohammed Bin Salman

America is angry with the decision of OPEC countries to reduce crude oil production. According to media reports, Joe Biden and Saudi Arabia’s Crown Prince Mohammed bin Salman (MBS) will not meet at the G20 summit to be held in Indonesia next month.

Biden and earlier the White House had made it clear that the decision taken by oil producing countries to reduce production by 2% is not right in the context of the Russia-Ukraine war. Despite this, OPEC countries did not heed America’s objection.

Al-Jazeera TV channel quoted a senior US official as saying – Biden has no plans to meet Prince Salman during next month’s G20 summit in Indonesia. Last week, when OPEC countries decided to reduce crude oil production, the White House said in a statement that the US would now take a fresh look at relations with Saudi Arabia.

America’s NSA said in an interview with CNN on Sunday – At the moment, no change is expected in the relationship between the two countries. It is certain that President Biden will soon make a decision about this. It can be considered in Parliament.

Crude oil will become expensive
The Biden Administration alleges that the OPEC countries’ decision to reduce crude oil production by 2% will directly benefit Russia. This will make crude oil expensive in the international market and Russia will earn millions of dollars by selling oil. Russia itself has also said that it will reduce production by two lakh barrels per day by November.

India may also be affected by OPEC’s decision
Saudi Arabia says it has cut production to keep international oil prices stable. This decision is not related to support or opposition to any country, but it can have an impact on India. This is because India imports 80% of its crude oil to meet its requirement.

Previous Top 20 Apps That Drain The Battery Of Your Smartphone Facebook WhatsApp Tinder And Much More | Smartphone users beware! These 20 apps suck up the most battery, see full list
Next How to Boost Wifi Speed, Rocket-like Wi-Fi Speed ​​will start coming, if you do this 4 jugaad – how to boost wifi speed with these 4 simple tips