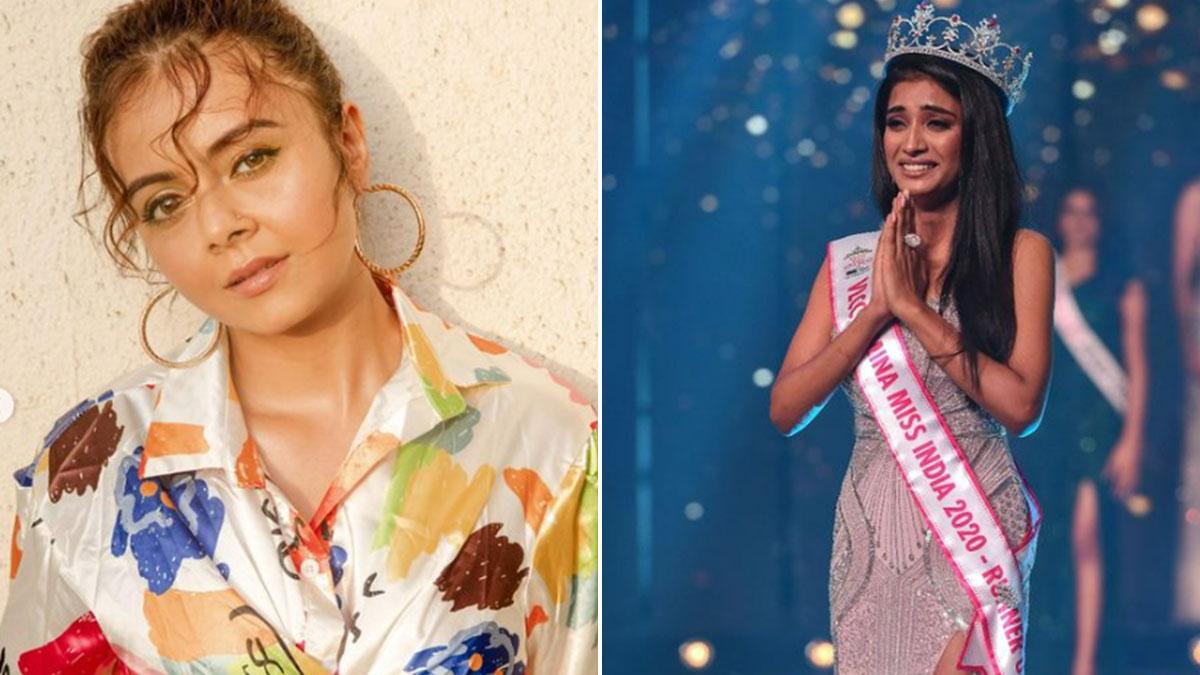 Devoleena Bhattacharjee is very angry with the TV actress statement of Bigg Boss 16 contestant and Miss India Manya Singh. In an exclusive conversation with Aaj Tak.in, Devoleena has strongly reprimanded Manya Singh. Devoleena said that she did not expect such a thing from Manya.

Devoleena says- At first I had decided that I will not follow this season of Bigg Boss at all, but this season I have called the cutest contestant Abdu. Because of that I started watching. I love watching Abdu on screen.

Devoleena got angry on Manya

Reacting to Manya’s TV actress comment, Devoleena said – To be honest, a woman who calls herself an ambassador. Miss India has been represented at the national level, hearing such a statement from her is very unique in itself. I didn’t expect that from him. TV actress, what do you mean? Now despite going to the international level, you have come to TV, then you should understand the importance of TV’s reach. If you have not got opportunities from outside, then it is not the fault of TV in this. On the contrary, TV is helping you to become recognized by those who do not know you. If you compare yourself with your own reach and the reach of TV actresses, then you will know how much water you are in.

Devoleena further says – You have no idea of ​​the hard work of the people of TV. Even if they are crew members. They work day and night and are hardworking. Sometimes we shoot for 24 hours, then we achieve our position. Bigg Boss does not call anyone like this in the house. Many TV actors have worked hard that they have got a place. It is not just Manya, I am upset with some group of people. Be it from Bollywood or a designer, hey she belongs to TV. TV’s, so what does it mean? Personally, I feel very proud that I am from TV.

Devoleena said- Say, we TV people do not have to go through things like casting couch. The amount of filth I have heard about the outside industry, where is it seen in TV. Infact I consider TV the safest place. Despite being an outsider, I have made my place through my own hard work and all the TV people have earned their name with the same hard work, no one’s uncle, uncle or father has given them the role. This is the difference between TV and outside industry.

Devoleena says- I learned about Manya’s background that she has reached here with a lot of struggle. In such a situation, the person becomes very mature and respects the emotions of the people. But you are making the person in front feel as if he has come after stealing and murdering. People will keep humiliating the TV people, but they have to get their image made from TV itself. This thing hurts.

Sajid Khan has also said about the TV people in the last episode that these TV actors are doing more drama and conflict. Tell me that you did not know before entering Bigg Boss that you are going among TV actors. You are also telling about TV itself and showing humiliation of people. I am upset with such people, tell them that no one is dying here to see them. I wish that such people do not get much screen space, so it is better. You have so much problem, so why are you coming on TV. Please don’t insult us by coming among us.

Previous Who will be included in the place of Bumrah in Team India by BCCI, may be announced today at this hour
Next We need to increase the number of good institutions in higher education, says Anand Mahindra