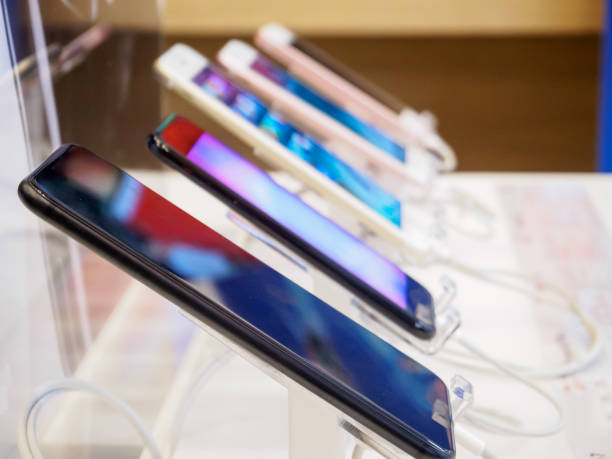 Big bumper offers on all 5G smartphones from Redmi, One Plus, Samsung only in Amazon Extra Happiness Days Sales

Now get news on whatsapp

‘Extra Happiness Upgrade Days’ was announced in the Amazon Great Indian Festival Sale 2022 and now discount offers are being offered on many different categories of products on the Amazon e-commerce platform.

Citibank, Axis Bank and ICICI Bank card holders can avail discounts on purchases in the sale. From Amazon, you can get up to Rs 7,750 off on select smartphones from brands like Samsung, OnePlus, Redmi, Samsung. Let us tell you about the best deals on 5G phones in the Amazon Great Indian Festival Extra Happiness Days sale.

4000 instant discount will be available on taking the OnePlus 10T smartphone with ICICI Bank credit card. The price of the handset starts from Rs 49,999. This means that with the bank offer, the phone will be yours for Rs 45,999. You will get a discount of up to Rs 17,600 on getting a new phone from Amazon instead of the old device.

OnePlus 10T smartphone has a 6.7-inch 120Hz HDR10+ AMOLED screen. Qualcomm Snapdragon 8+ Gen 1 chipset is available in the smartphone. The phone comes with Android 12. The smartphone has up to 16 GB of RAM and up to 256 GB of inbuilt storage. The handset has 50 megapixel primary sensor, 8 megapixel ultrawide lens and 2 megapixel macro sensor. To give power to the phone, a 4800mAh battery is provided, which supports 150W fast charging.

Samsung S20 FE has a 6.5-inch 120Hz HDR10+ AMOLED screen. This phone comes with Qualcomm Snapdragon 865 chipset. Android 12 based OneUI 4.1 skin is available in the phone. The handset has 12 megapixel primary, 8 megapixel telephoto and 12 megapixel ultrawide sensor. To give power to the phone, a 4500mAh battery is provided with 25W fast charging. The price of the variant with 8 GB RAM and 128 GB inbuilt storage is Rs 29,990. Let us know that the phone was launched last year at a price of Rs 55,999.

Despite being two years old, this Samsung phone is a great option due to its great performance and specifications. Talking about bank offers, there is a chance to take the phone with ICICI Bank credit card with an additional discount of Rs 1750.

The Redmi K50i is a budget handset and is powered by MediaTek Dimensity 8100 chipset. The phone has a 6.6 inch 144 Hz LCD display. The smartphone comes with Android based MIUI 13. This Redmi phone has up to 8 GB of RAM and up to 256 GB of inbuilt storage. The handset has a triple rear camera with 64 megapixel primary camera, 8 megapixel ultrawide and 2 megapixel macro lens. The smartphone packs a 5080mAh battery with 67W fast charging.

There is also a discount coupon of Rs 1000 on the Redmi K50i and its price starts at Rs 24,999. After applying the coupon, the price will come down to Rs 23,999. The phone was launched for Rs 25,999. 3000 rupees instant discount will also be available on buying the phone from Amazon with ICICI Bank credit card.

The iQ Neo 6 is one of the best value-for-money smartphones in the market right now. Qualcomm Snapdragon 870 chipset is available in this phone of IQ. The smartphone comes with Funtouch OS 12 which is based on Android 12. The handset has a 6.62 inch 120Hz HDR10+ E4 AMOLED screen. The phone has up to 12 GB of RAM and up to 256 GB of inbuilt storage. To give power to the phone, there is a 4700mAh battery which supports 80W fast charging. The price of iQoo Neo 6 starts at Rs.27,999. This phone was launched for Rs 29999. 750 discount will be available on taking the phone with ICICI Bank credit card.

MediaTek Dimensity 920 chipset has been given in Reality Narzo 50 Pro smartphone. The phone has a 6.4-inch 90Hz AMOLED display. The smartphone comes with Android 12 based Realme UI 3.0. The phone has 8 GB RAM and 128 GB inbuilt storage. Triple rear camera setup is available in this handset of Reality. The handset has 48 megapixel primary, 8 megapixel ultrawide and 2 megapixel macro lens. To give power to the phone, a 5000mAh battery is provided, which supports 33W fast charging. After the coupon discount of Rs 1350, the starting effective price of the phone comes down to Rs 16,649.