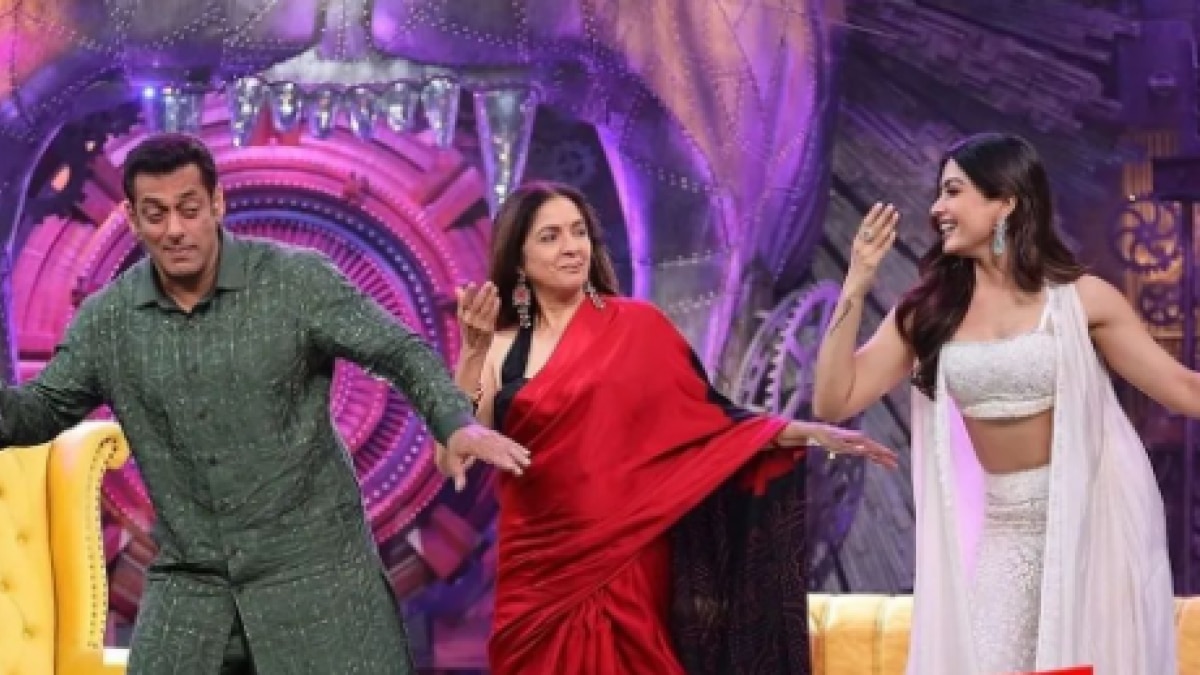 The first Weekend Ka Vaar of Bigg Boss 16 was a lot of fun. This Weekend Ka Vaar Rashmika Mandanna and Neena Gupta had reached for the promotion of Goodbye. Both the actresses had a lot of fun on the show. Rashmika Mandanna and Neena Gupta attended Salman Khan’s show for the first time. During the conversation, the actresses also expressed their desire to work with Salman Khan. Know then what answer they got.

Rashmika expressed her desire to work
Rashmika Mandanna and Neena Gupta had a lot of fun with Salman Khan on Weekend Ka Vaar. All the three stars also danced on the stage to the song Sami Sami of Pushpa film. The presence of Goodbye actresses made the Saturday episode a lot of fun. In a matter of words, Rashmika Mandanna expressed her desire to do a film with Salman. After this Neena Gupta also said that give me the role of an old woman in your film.

Apart from this, Rashmika asked Salman to never underestimate three things in her favorite dialogue Life, I, Me, and Myself in Telugu. Coming on the show, Neena Gupta also said that she can never be a part of Bigg Boss. Even if she went to the Bigg Boss house, she would probably be out of the house in the first week itself.

Will Salman fulfill the wishes of actresses?
Both Rashmika Mandanna and Neena Gupta have given their wish. Now let’s see when Salman fulfills his wishes. By the way, it will be interesting to see Rashmika Mandanna, Neena Gupta and Salman together in a film. Even before this, Salman gave many stars a chance to work in his film. On Weekend Ka Vaar, Rashmika also revealed that wherever she goes after Pushpa, people ask her to dance on Sami-Sami. Because of this, he has started finding his back crooked.

Shekhar Suman is also going to enter Bigg Boss. In the show, he will be seen removing the mask from the face of every contestant. By the way, did anyone become your favorite in Bigg Boss 16?