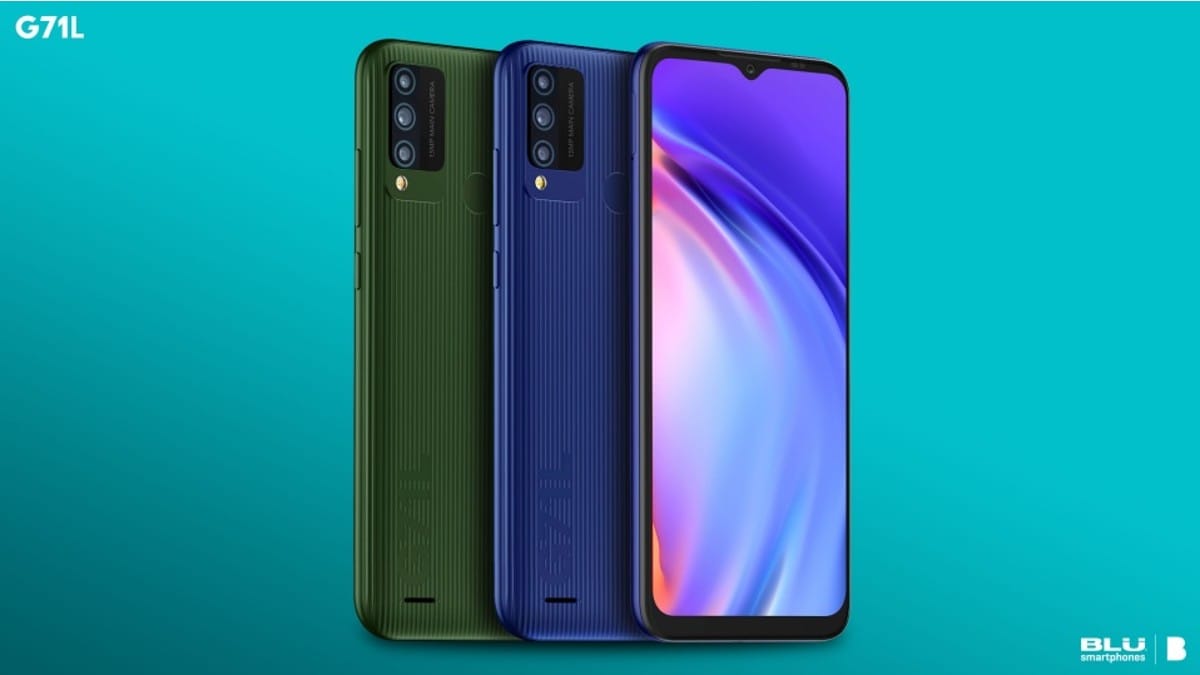 BLU has launched its latest smartphone BLU G71L. This device is a new addition to the company’s G71 lineup. It has a textured body and the phone is equipped with a triple camera. Like the recently launched budget smartphones BLU G51S and BLU G71+, the BLU G71L also has a UNISOC chipset. The phone comes in two color variants and has a 6.5-inch display. For power, a large 5000 mAh battery has been given in the phone.

BLU G71L sports a 6.5-inch water drop notch display with HD+ resolution. It is an IPS LCD panel with an aspect ratio of 20: 9. The phone comes out of the box with Android 11 OS. It has been given the Octacore UNISOC SC9863 processor, which is paired with 4 GB RAM and 128 GB storage. The chip is clocked at a speed of 1.6GHz. PowerVR GE8322 GPU is available in the phone for graphics.

Looking at its camera features, the phone has a triple camera setup in which the main lens is 13 megapixels. The other two cameras have a depth sensor and the other is a macro shooter. The phone can record 1080p video at 30fps. For selfies, it has an 8-megapixel camera on the front. Among the special features of the smartphone is its battery, which has a capacity of 5000 mAh. It comes with a 10 watt charger. Up to 128 GB of storage can be used in the phone via microSD card. Finger print sensor has also been given in the rear for the security of the phone.

For the latest tech news, smartphone reviews and exclusive offers on popular mobiles, download the Gadgets 360 Android app and follow us on Google News.

Hemant Kumar Hemant Kumar is Senior Sub-Editor at Gadgets 360 and writes on various tech subjects like apps, gaming, mobiles, PCs, and wearables. Apart from that, he also works on web … more »