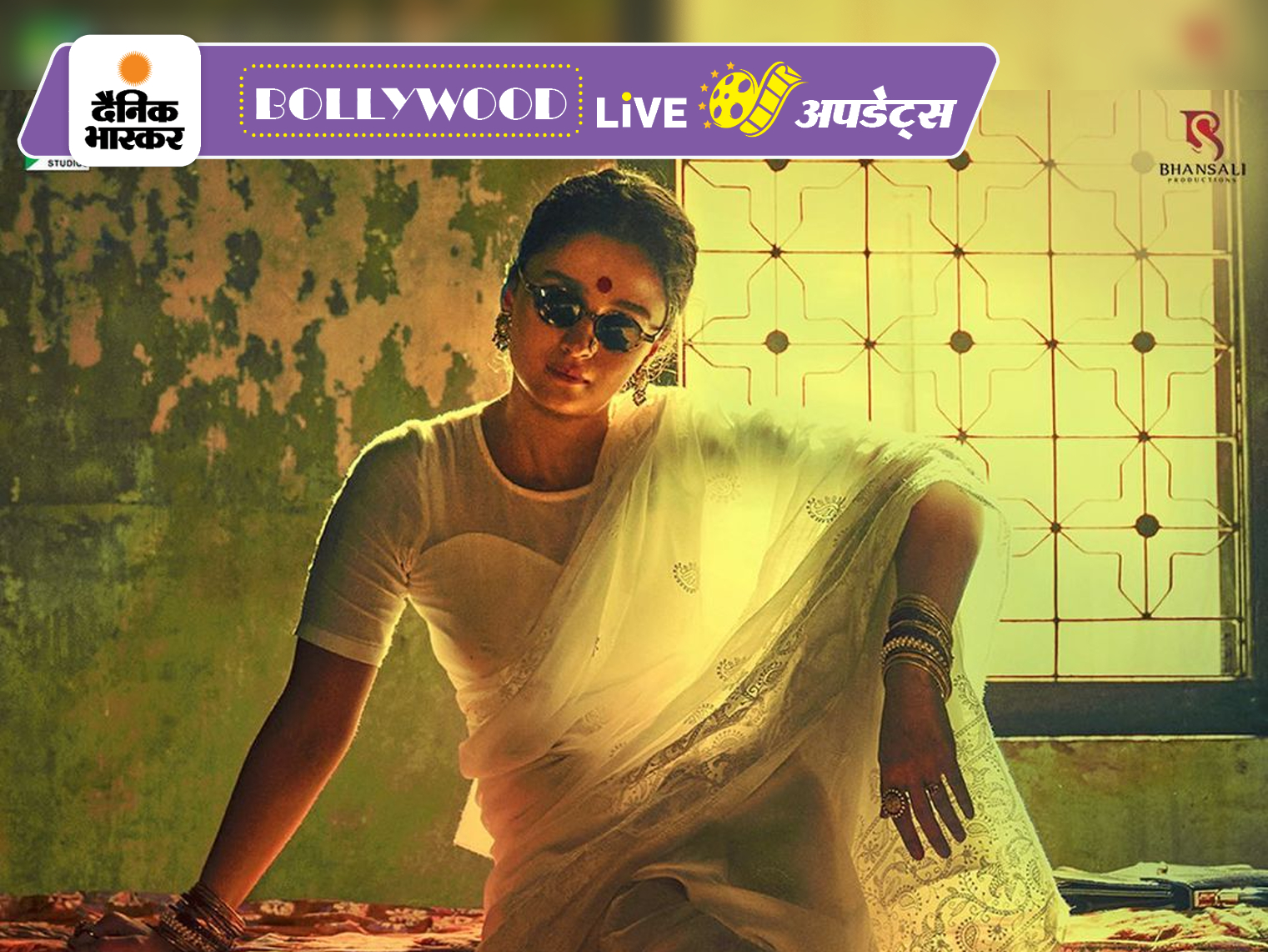 Actress Alia Bhatt is in constant discussion these days about her upcoming film ‘Gangubai Kathiawadi’. Now recently a new poster of Alia has surfaced from the film. Alia herself has also shared her new poster from the film with fans on social media. In whose caption he wrote, “Lekh dena tomorrow newspaper mein, aa hai gangu… in a week. ‘Gangubai Kathiawadi’ is releasing in cinemas on February 25.” Apart from Alia, Ajay Devgan, Vijay Raaz and Seema Pahwa are also going to be seen in lead roles in this film, directed by Sanjay Leela Bhansali. Bhansali has also produced this film. The trailer of the film was released on 4 February. Till now many songs of the film have also come out.

Hrithik Roshan donated his rare blood
Actor Hrithik Roshan recently shared a photo of himself on social media. In this photo, Hrithik is seen donating blood. Hrithik wrote in the caption of the photo, “I was told that my blood group B-negative is very rare. It is often lacking in hospitals. I resolve that only a small part of these very important blood banks is right, But I will be a part.” Along with this, Hrithik has also thanked Kokilaben Hospital, Dr. Rajesh Sawant, Dr. Rais Ahmed and Dr. Prandya. He has also written a note at the end of the post. In which he has asked his fans in a questioning tone, “Do you know that donating blood is actually beneficial for the health of the donor as well?” Let us inform that Hrithik had reached Kokilaben Hospital to donate blood on ‘World Random Act of Kindness Day’.

Akshay Kumar played volleyball with ITBP jawans
A video of actor Akshay Kumar is going viral on social media. In this video, Akshay is seen playing volleyball with the soldiers. Actually, Akshay had come to meet the Indo-Tibetan Border Police (ITBP) personnel in Dehradun on Thursday. During this, Akshay played a volleyball match with the ITBP jawans at the border gate. He met DG ITBP Sanjay Arora, force personnel and their families at ITBP premises. Apart from this, he inaugurated the volleyball court here and then also met the children of Central School in the campus. ITBP has shared photos and videos of Akshay’s visit on social media.

Arpita Khan bought a new apartment in Mumbai for Rs 10 crore
Actor Salman Khan’s sister Arpita Khan Sharma has recently bought a luxurious apartment in Khar West area of ​​Mumbai. According to reports, Arpita has bought this apartment for Rs 10 crore. His house is spread over 1750 square feet on the 12th floor of Flying Carpet Building, with which 4 car parking facility has also been provided. The registration of this house was done on 4th February, Arpita had paid a stamp duty of Rs 40 lakh for it. Arpita and her husband Aayush Sharma currently live in an apartment in Bandra with their son and daughter. This apartment was gifted to him by Salman Khan.

The shooting of this film is happening in Mohali. The story of the film is based on the life of a female bouncer. In which Tamannaah will be seen in the lead role of ‘Babli Bouncer’. Apart from Tamannaah, Saurabh Shukla, Abhishek Bajaj and Sahil Vaid are also in important roles in the film. The film will be jointly produced by Fox Star Studios and Junglee Pictures. The film can be released in three languages ​​Hindi, Tamil and Telugu by the end of this year. However, the release date of the film has not been revealed yet.