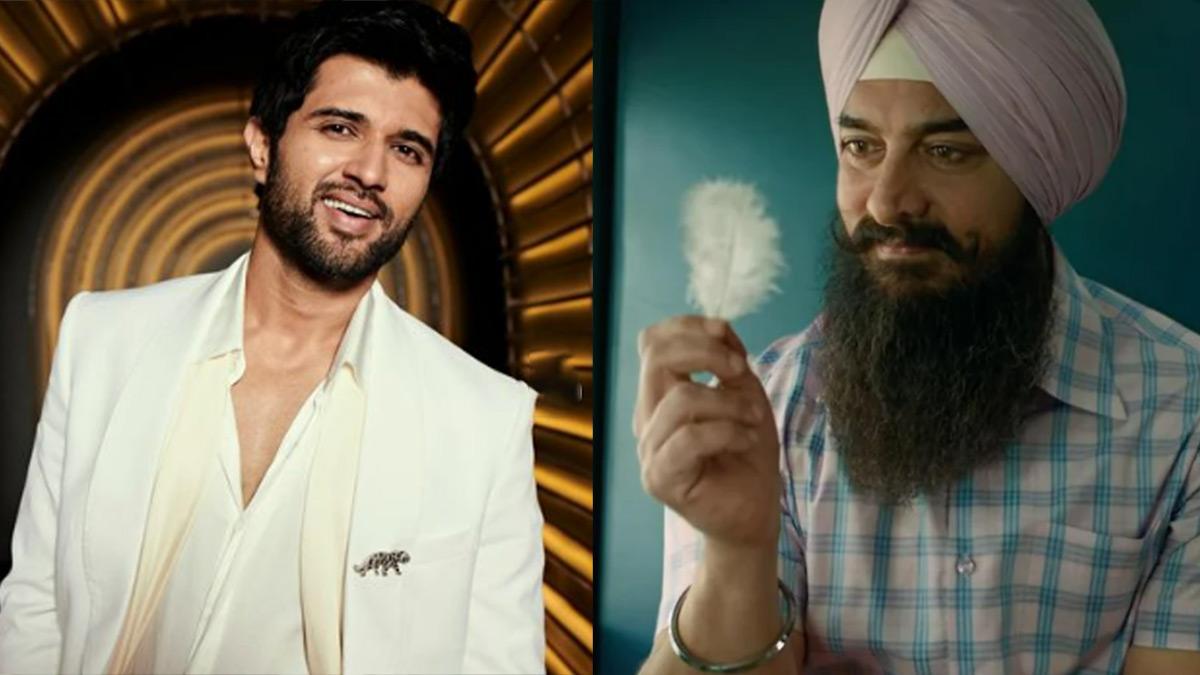 Why is Vijay Deverakonda being trolled?
Actually, South Superstar Vijay Deverakonda spoke openly on the boycott trend in a special conversation with IndiaToday.in. Vijay supported Aamir Khan and tried to tell people that boycotting the film Lal Singh Chaddha will not only affect Aamir Khan, but the employment of many thousands of families is associated with it.

Vijay said- I feel that apart from actors, directors, actresses, there are many other important people on the sets of the film. 200-300 actors work on a film and we all have staff members too. That’s why one film gives employment to many people. For many people, it is a means of survival.

Vijay Deverakonda further said – When Aamir Khan sir made Lal Singh Chaddha, his name came out as the star of the film, but 2 to 3 thousand families are associated with it. When you decide to boycott a film, you don’t just affect Aamir Khan, you affect thousands of people who lose jobs.

Vijay Deverakonda further said- Aamir sir is such a person who draws people to theatres. I don’t know why this boycott is happening. But whatever misunderstanding is causing this, you understand that you are not affecting Aamir Khan alone, but affecting the entire economy.

One user wrote – Do not forget that this film has also been produced by Karan Johar, who hates Hindi culture. Listen carefully to Vijay’s words, he does not care about anyone. That’s why we have to boycott his upcoming film together this time too. #boycottLigermovie.

Dont forget this film is also produced by karan johar who hates hindi culture and listen carefully vijay’s words he didnt care about anything so we must be unite this time also for boycott his upcoming movie. #boycottLigermovie https://t.co/higPt0905S

LIGER Hero Devarakonda at his home
Sitting on sofa, see pooja things on teapoy
Today
& all 3 archakas are standing and LIGER with a girl sitting shamelessly
We r much more shameless if we watch his movies#BoycottLigerMovie pic.twitter.com/slpzSqr8f4

Yes #BoycottLigerMovie @TheDeverakonda listen to this video by the great @KChiruTweets, South stars are treated as second class citizens

If you have some dignity and self-respect stop working in #Bollywood industry@karanjohar @AlwaysRamCharan @tarak9999 @Rajeev_GoI pic.twitter.com/PEYvOzcA15

Vijay Deverakonda’s film is releasing in theaters on August 25. Ananya Pandey is in the lead role in the film. There is a lot of enthusiasm among the audience about the film. But now how the boycott trend will affect the film, it will be a matter to be seen.

Previous Hurry up! Buy these 3 smartphones at less than 10 thousand, know the price
Next Bajaj CT 125X will be a great bike to run on the roads, know the price features