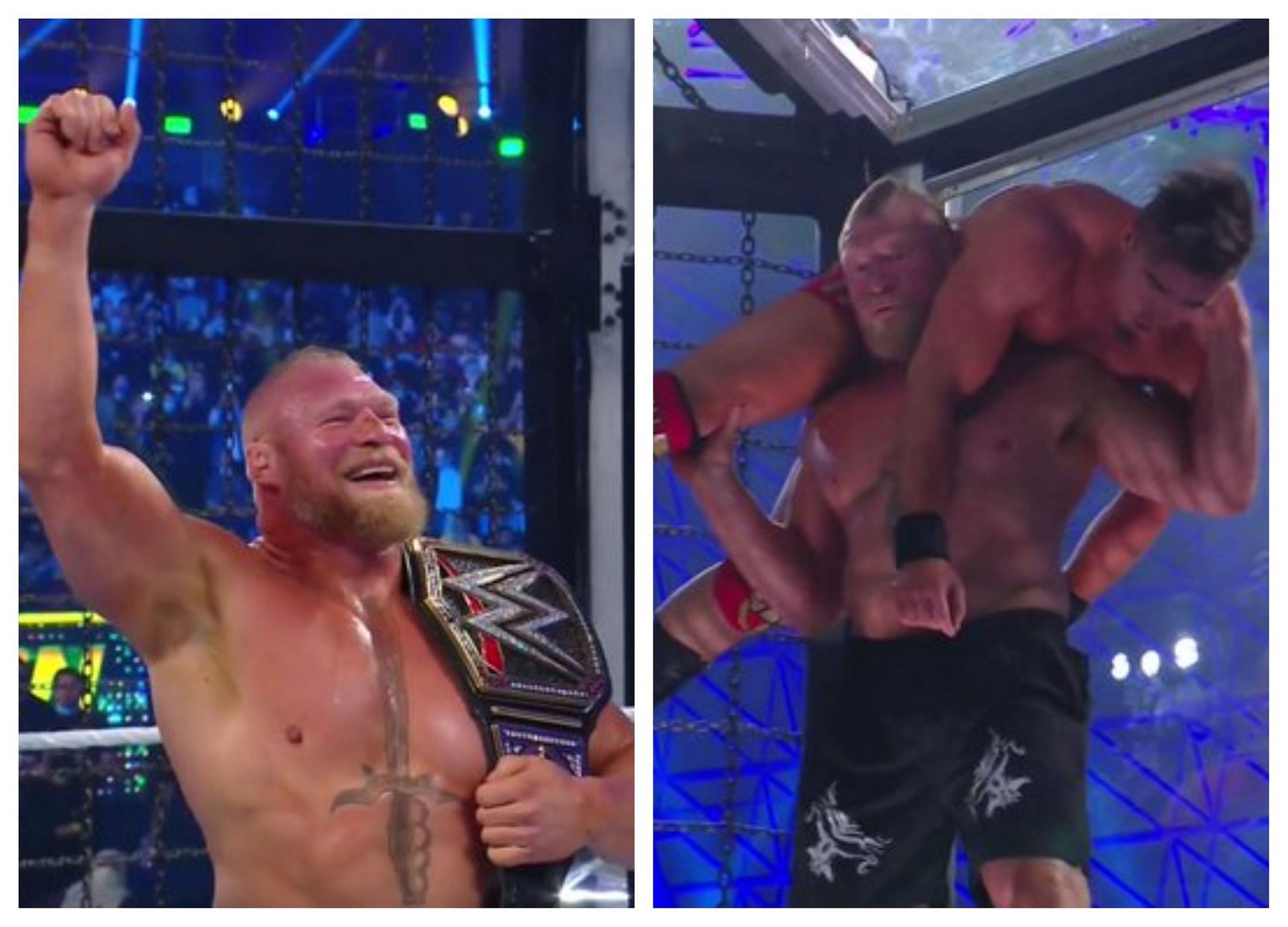 Riddle then entered the chamber. Riddle spoils Rollins and Theory. Then came AJ Styles. He also used very good moves. Brock did not stay inside the chamber with Lesnar for long and he broke out of the chamber. As soon as he came out, he eliminated Rollins and Riddle. After this AJ Styles was also eliminated.

Had a lot of fun at the end of the match. Lesnar made the Austin theory very bad. Perhaps even Theory would not have thought of this. Theory gave low blow to Lesnar during this time but he did not make much difference. Lesnar throws Theory down from 15 feet up. After this the condition of Austin Theory worsened. Lesnar won this match quite easily. Lesnar took part in a chamber match for the first time in his career. In the very first match, he gave a strong performance and won. Lesnar also celebrated this victory in a special way. Going out of the ring, he took photographs with the fans. The fans also cheered Lesnar in a tremendous way.