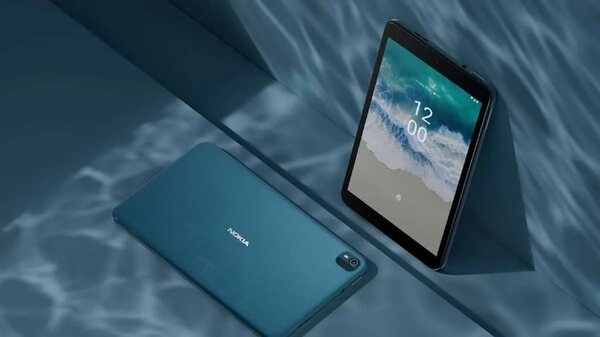 Talking about the price, the Nokia T10 Tablet LTE has been introduced for less than Rs 15,000. Also, let us tell you that the new tablet boots on Android 12 OS and has the same specifications as the Wi-Fi-only model. The Nokia T10 tablet with LTE is priced at Rs 12,799 for the 3GB RAM + 32GB storage variant. Its 4GB RAM + 64GB variant costs Rs 13,799. It comes in a single Ocean Blue color option. The device can be purchased from the Nokia online store and Amazon from October 15.

The Nokia T10 tablet comes with an 8-inch LCD display with a resolution of 1290 x 800 pixels. The aspect ratio of the screen is 16:10 and the brightness is 450 nits. The screen has thick bezels at the top and bottom.

It is powered by the Unisoc T606 SoC paired with 3GB or 4GB of RAM and 32GB or 64GB of internal storage. It also has a microSD card slot for additional storage of up to 512GB. It comes with Widevine L1 certification which means you can stream Netflix shows in HD resolution.

Talking about the camera, it has a single camera on both the front and back. At the rear, there is an 8MP lens with autofocus support, while a 2MP fixed focus unit is placed at the front. The front camera is for video chats or meetings. There’s an LED flash module under the rear camera to aid in low light or night shots.

Smart Gadgets Diwali Sale: Jeb and you both are going to be happy, buy these smart gadgets this Diwali

The Nokia T10 Tablet LTE packs a 5,250mAh non-removable battery that supports 10W charging. It boots out of the box on Android 12OS and is claimed to have received two more OS upgrades. It is being said that it will get 3 years of security updates.
It has 4G LTE, Wi-Fi 802.11 a/b/g/n/ac, Bluetooth 5.0 and GPS support. It has a USB Type-C port for charging and a 3.5mm headphone jack.

Flipkart Big Diwali Sale: Nothing Phone (1), Pixel 6a, Galaxy S21 FE with discounts on all these phones