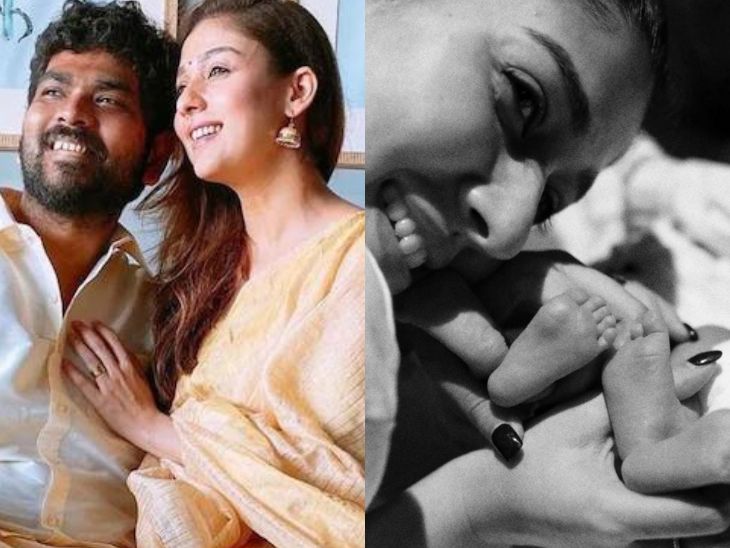 South industry superstars Nayantara and Vignesh have recently heard good news on social media. The couple became the parents of twins a few days back through surrogacy. But only after 4 months of marriage, the couple was in trouble due to becoming parents through surrogacy. Due to this controversy, the state government had decided to investigate and take action against Nayantara and Vignesh. Now recently the couple has revealed that they had already registered the marriage 6 years ago.

Nayantara and Vignesh submit affidavit
According to media reports, the couple has submitted an affidavit to the government. In which he has claimed that both had registered their marriage 6 years ago. Not only this, there are reports that along with the affidavit, the couple has also submitted marriage papers. But till now no confirmation has been made by Nayantara and Vignesh.

Nayantara’s relative is a surrogate woman
According to the reports of Onmanorama.com, Nayanthara has claimed that the surrogate mother of the children is a relative of actress Nayantara, who lives in the UAE. Not only this, during the course of action it has also been learned that the couple’s twins were born in a hospital in Chennai. ,

What is the law regarding surrogacy in India?
According to the Surrogacy Act of 2021, if any couple in India wants to have a child through surrogacy, then their marriage should be for five years or more. The surrogate woman should be close to the couple. In such a situation, according to the affidavit, Nayantara and Vignesh have followed the rules.

On October 9, Vignesh gave good news on social media
In fact, Vignesh shared a post on social media on October 9 and told that Nayantara and he have become the parents of twins. Not only this, Vignesh has shared a picture of the feet of Nayantara and his twins on Instagram. Along with the photo, Vignesh wrote in the caption – ‘Nayanthara and I have become Amma and Appa. We are blessed that we have had twins. All our prayers, blessings of our ancestors have come in the form of our child. We need all your blessings. For our Uiro and Ulgam. With the arrival of both, our life has become even more beautiful. God is double great.’

love story of nayantara and vignesh
Being associated with the film industry, the love story of Nayantara and Vignesh is also quite filmy. The couple fell in love while working together. After which both started dating each other. The couple got engaged on 25 March 2021 after dating for 6 years. Also, on June 10, 2022, both got married. After 4 months of marriage, the couple gave the news of becoming their parents.

Previous T20 World Cup: Who Is Rajalakshmi Arora Gone To Australia With Team India, What Is Her Role, Know
Next Tax on Gold: Buying gold on Dhanteras does not have to be expensive, know what are the rules of tax on gold!