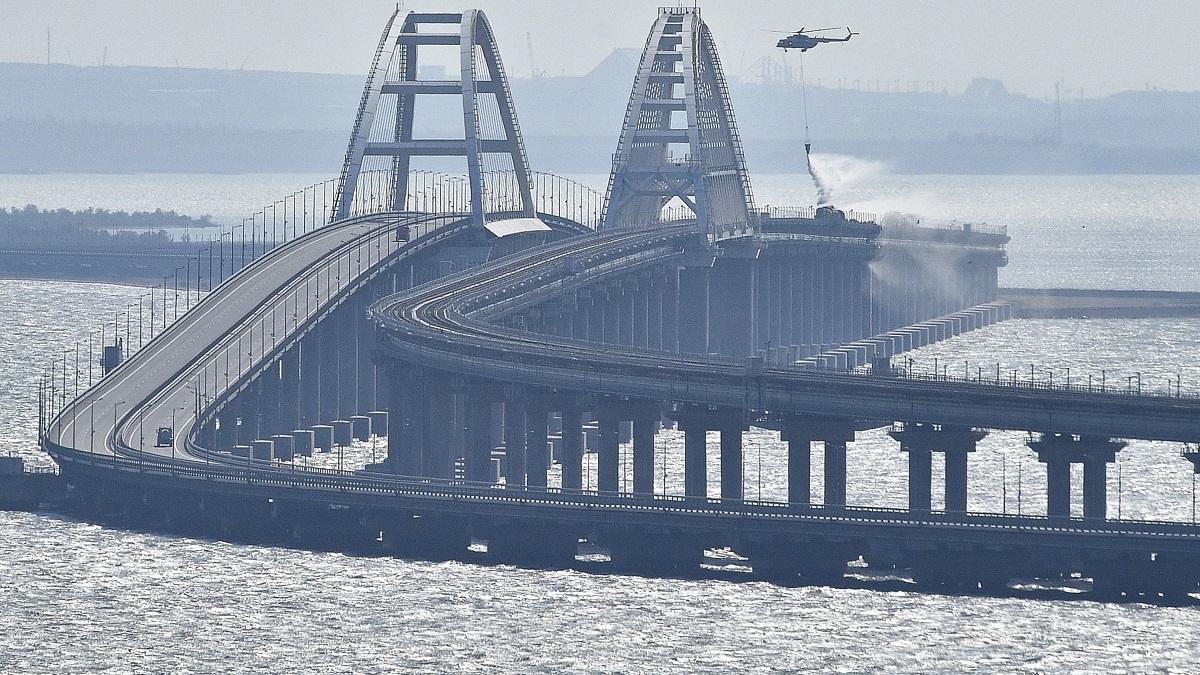 Russia’s investigative agency FSB (Federal Security Service) has claimed that about 23,000 kg of explosives have been used for the attack on the Crimea Bridge. The FSB has arrested 8 people allegedly involved in this attack. Of these, 5 are Russians and 3 are citizens of Ukraine and Armenia. The FSB has also revealed the mastermind of this attack.

According to the FSB, this attack on the Crimea Bridge was carried out jointly by Ukraine Military Intelligence and its director Kirill Budanov. Let us tell that Ukraine has not yet taken official responsibility for this attack, but some Ukrainians have celebrated the attack on this bridge. Apart from this, some Ukrainian officials told the New York Times on condition of anonymity that Kyiv was behind this attack.

The FSB said that the explosive device was wrapped in a roll of construction polythene and hidden in 22 mattresses. The total weight of this explosive device was 22.7 tonnes i.e. about 23000 kg. To bring it from Ukraine to Russia, it was passed through three countries so that no one doubts. This explosive was brought from Ukraine to Bulgaria, then from there to Georgia then to Armenia. After this it was taken to the target.

The Russian agency said that this cargo truck laden with explosives was on its mission, then Ukrainian military intelligence was keeping an eye on the entire route. Ukrainian intelligence officers were constantly monitoring the movement of this truck.

The responsibility of the FSB is currently with Putin’s aide Alexander Bortinkov. He said that the FSB also thwarted Ukraine’s attack on Moscow and the western Russian city of Bryansk.

Let us tell you that on October 8, there was a terrible explosion on the 19-km-long Crimea Bridge connecting Crimea with Russia. Putin himself built this bridge in 2016 after the annexation of Crimea in 2014. In 2018, Putin inaugurated this bridge by driving a truck. It cost 03 trillion 03 billion rupees to build this bridge built in the sea.

Meanwhile, Russian rain of missiles and bombs on Ukraine, which started on Monday, has so far killed 25 people, while more than 100 people have been injured.

Meanwhile, after the attack on the Crimea Bridge, Putin has given instructions for swift action. In view of Putin’s attitude, Western countries have promised large-scale aid to Ukraine.

Previous The driver’s son is the hero of the Chello Show going to the Oscars, the family was against acting, how did the village child get a role in the film? – India Oscar entry Chhello Show actor Bhavin Rabari opens up on struggles life hurdles tmovf
Next Microsoft Surface Pro 9 and Surface Laptop 5 launched, see price and features