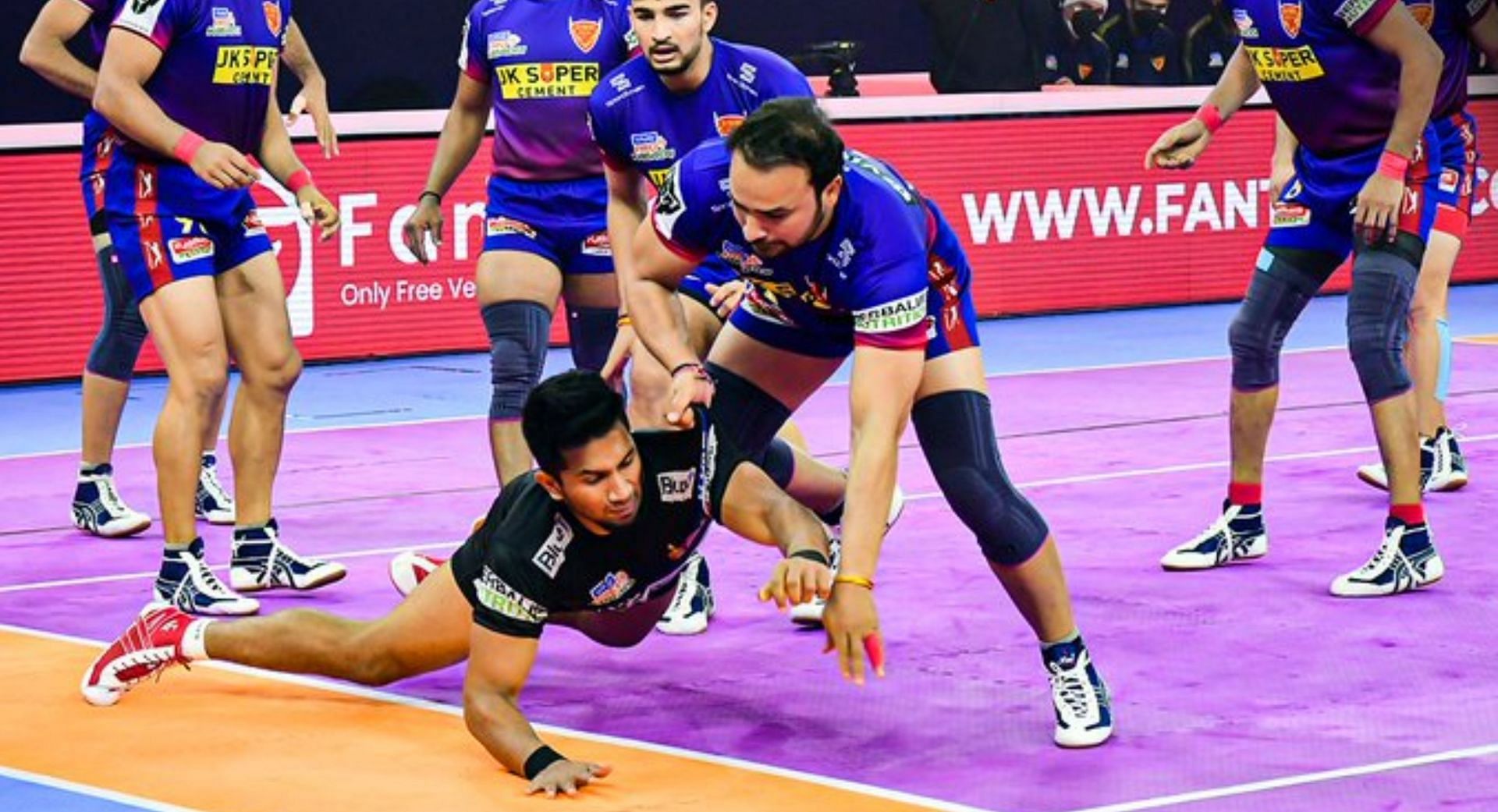 Dabang Delhi have confirmed their place in the semi-finals with this win. He made history and reached the playoffs for the third consecutive season and managed to reach the semi-finals for the second time in a row.

Dabang Delhi took a 19-14 lead after the first half. At the beginning of the match, there was definitely a tough competition between the two teams. Raiders of both the teams definitely scored equal points, but Dabang Delhi’s defense played much better than Telugu Titans’ defense. For this reason, he once all-out Telugu Titans in the first half and also took a significant lead. Telugu Titans captain Rajneesh flopped badly and it cost him.

Dabang Delhi continued their dominance in the second half as well and they came very close to all-out Telugu Titans very quickly. Mohammad Shihas completed his High 5 with two super tackles. Despite this, Dabang Delhi all-outed Telugu Titans for the second time in the 34th minute of the match. Delhi completely took the lead in the match and at the same time tried their bench strength. Surely Ankit Beniwal did a great job for Telugu Titans and continued his stellar form.

In the end also Dabang Delhi did not give any chance to comeback to Telugu Titans and easily won the match. Telugu Titans also got a point from the match and would not want to miss this season at all. In this match, Vijay Malik, Ashu Malik and Neeraj Narwal scored 6-6 points for Dabang Delhi. In defense, Manjit Chillar scored the highest 3 points, Joginder Narwal, Sandeep Narwal and Krishna scored 2 points each.