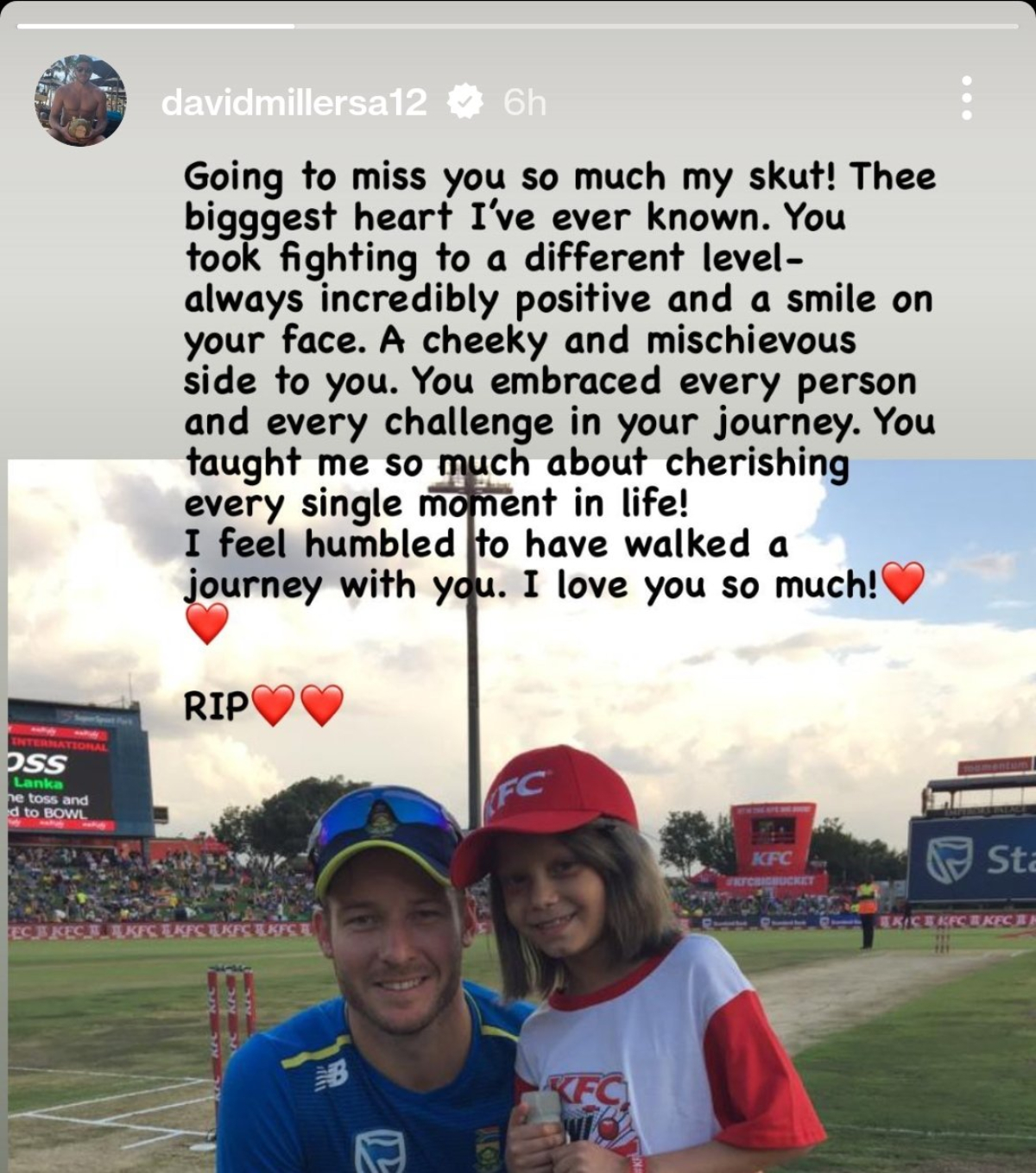 David Miller: The South African team is currently on a tour of India. In the middle of this tour, a mountain of sorrow has broken over South African star cricketer David Miller. A close friend of Miller has passed away and he has given this information by posting a video. Apart from Miller, this news is a big blow to the cricket fans around the world.

Miller shared a video on Facebook. In this video, he has shared many photos of this girl. In the caption of the video, Miller wrote, “RIP my dear princess, love will always be there!” His daughter was battling cancer.

Miller is running in excellent form

Talking about David Miller, he is currently running in the best form of his career. He scored a great century in the T20 series against Team India on the current tour. Apart from this, he also scored a brilliant half-century in the first match of the ODI series. Not only this, he also helped Gujarat Titans to win their first title in IPL 2022.

Previous iQOO Neo 7 photo leaked ahead of launch, 120W fast charging battery will be available with three cameras!
Next The thrill of kabaddi, the match between Patna Pirates and Puneri Paltan was tied 34-34