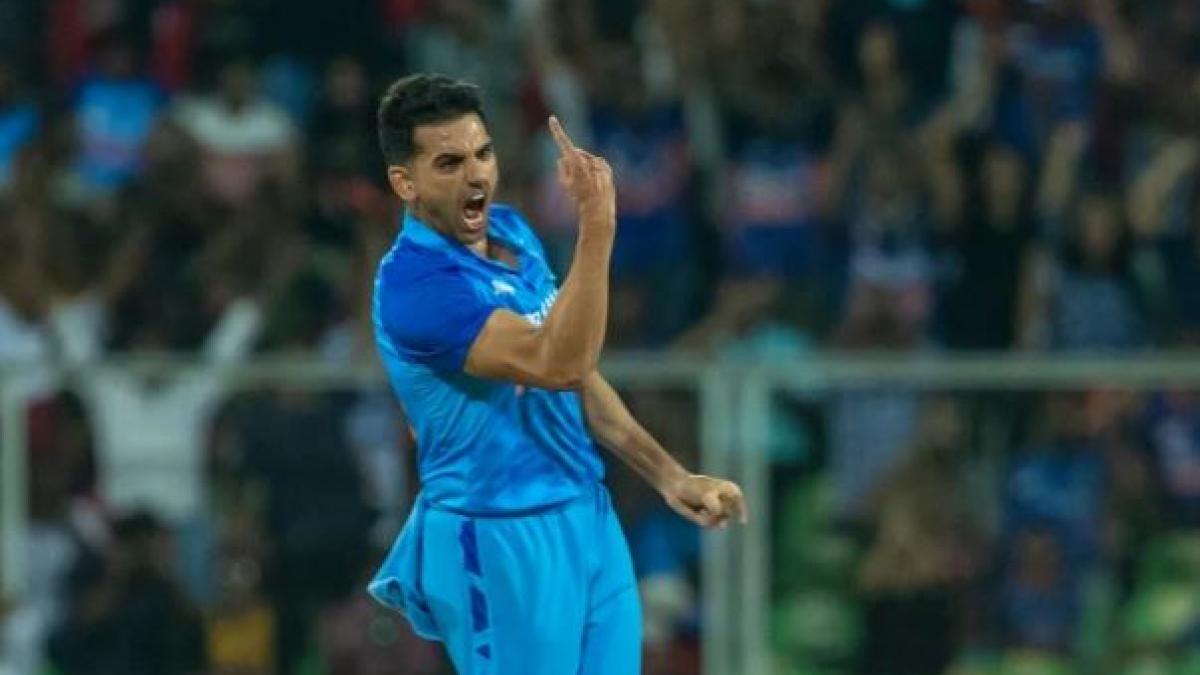 Before the T20 world, another bad news has come out for the Indian team. According to media reports, fast bowler Deepak Chahar has also become a victim of injury. During the training session before the first match against South Africa, Deepak Chahar had twisted his ankle, due to which he could not play in the first ODI. Significantly, in the first ODI played in Lucknow, India had to face defeat by nine runs.

Deepak’s injury is a cause of concern for India. Already Jasprit Bumrah and Ravindra Jadeja were also out of the World Cup due to injuries. Deepak Chahar is also one of the contenders to replace Jasprit Bumrah in the T20 World Cup 2022 squad. But now his dream of playing the World Cup may remain incomplete.

A source with knowledge of selection matters told PTI, “Deepak’s ankle is twisted but it is not that serious. However, rest for a few days may be advised. So it will be the decision of the team management whether they want to take the risk of playing Deepak or not as he is included in the stand-by list for the T20 World Cup. But if there is a need, it will be a priority.

Deepak is on standby for the World Cup

Fast bowler Deepak Chahar was selected as a stand by for the T20 World Cup 2022. Deepak Chahar was also a standby in the Asia Cup, but he was included in the squad after Avesh Khan became unwell. Deepak Chahar’s miracle was seen in the recently held T20 series against South Africa. In the first T20 match, he broke the back of the African team along with Arshdeep. Deepak Chahar is adept at contributing with the bat as well,

Jasprit Bumrah will be replaced by Mohammed Shami in the T20 World Cup squad, who is slowly getting match fit and is expected to leave for Australia in the next three to four days. The source said, ‘If Mohammed Shami is fit, then he will be the first priority. He will join the team next week.

Mukesh-Chetan joined the team as a net bowler

Previous Jio suddenly changed the plan of 5G Rollout; People of this city are taking out anger on Twitter
Next Nirhua Sold Two Bigha Land Of His Father For Experiments Know The Truth