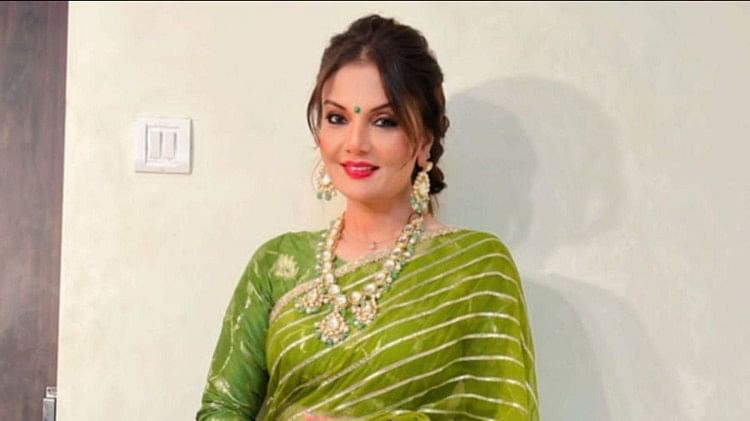 Once upon a time, actress Deepshikha Nagpal, who has collected her coin in the world from Bollywood to TV, is celebrating her 45th birthday today i.e. on August 20. Deepshikha Nagpal, who has been showing her acting skills in the industry for 28 years, is also a well-known face of the small screen and has also worked in many films. Just like onscreen life, off screen also Deepshikha’s life has been very interesting and ups and downs. So today on the special occasion of his birthday, let’s know about some things related to his life.

Deepshikha Nagpal was born to famous writer and actor Ashwini Nag. His mother Shraddha Pachotia was also an actress, so it is not a big deal for her to be inclined towards the cinema industry. Deepshikha Nagpal made her film debut in the year 1994 with the film ‘Betaj Badshah’, after which she acted in many films. But he got recognition from films like Shahrukh Khan’s ‘Koyala’ and ‘Badshah’. Along with this, Deepshikha also worked in some films like Partner, Pyaar Mein Twist and Corporate, but Deepshikha could not show anything special on the big screen. Not seeing any special success in films, he turned to the small screen.

Apart from making her debut on the film screen, Deepshikha also made her TV debut in the year 1996 with ‘Dastaan ​​E Hatimtai’. After playing an important role in this serial, Deepshikha was seen working in serials like ‘Sonpari’, ‘Shararat’, ‘Baal Veer’, ‘Madhubala Ek Ishq Ek Junoon’. Along with this, Deepshikha also participated in season 8 of TV’s most controversial show Bigg Boss in the year 2014. But she could not win it.

Apart from her work, Deepshikha has also been in discussion about her personal life. Deepshikha Nagpal has done two marriages, but both the marriages were unsuccessful. She married actor Jeet Upendra in 1997. But she parted ways with the victory in 2007. After this he married model Keshav Arora in the year 2012, but that marriage was also not successful. The actress also separated from Keshav in the year 2016. Deepshikha also has two children Vidhika and Vivaan from her first marriage. She had a lot of controversy with Keshav at the time of second divorce of the actress. According to reports, in the year 2016, there was a big dispute between Keshav and Deepshikha. Deepshikha had also lodged an FIR against Keshav, in which she had accused Keshav of domestic violence.

Deepshikha Nagpal is also popularly known as the lookalike of famous actress Parveen Babi of 70s and 80s. Everything from her looks to her glamorous style meets Parveen Babi, due to which people also know her as her lookalike.