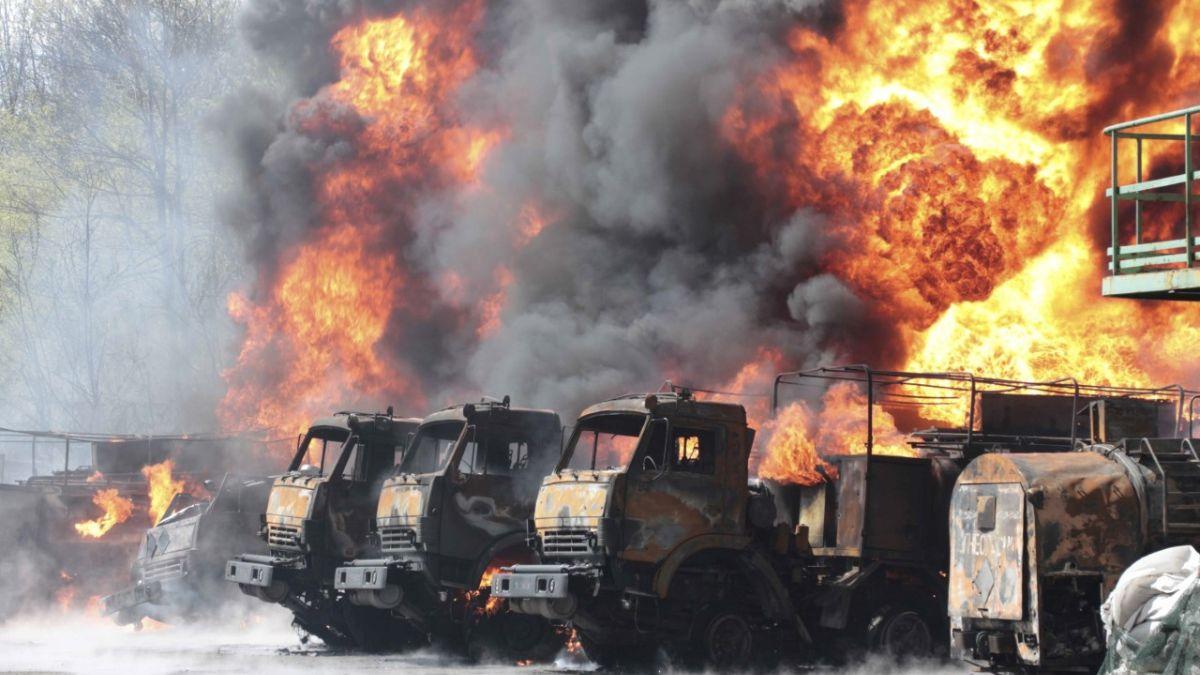 This year it is in the month of February. Troops were being deployed on the Ukrainian border from Russia. It was feared that Russia might attack, but Putin was talking about military exercises. That fateful day of 24 February 2022, when Russia invaded Ukraine. There was a stir around the world. With Russia’s swift attack, it seemed that Putin was in a hurry and in a week the war would prove to be decisive. But today 8 months have passed and the fight is not taking the name of ending, but instead there is a constant threat of nuclear attack from Putin. We will try to find out what is the situation after 236 days of war.

War leads to destruction, destruction, lives are lost and thousands of families are rendered homeless. If a mother’s lap is destroyed, then the suhaag of a married person, someone’s brother, someone’s sister, and many sons and daughters, the shadow of the mother and father rises from the head. The world has got an idea of ​​how terrible the war can be from the Second World War, when atomic bombs were dropped in Hiroshima and Nagasaki, Japan. Millions of lives were destroyed in a moment and those who survived became victims of disabilities. The Ukraine-Russia war has once again reached a dangerous point.

Even after 8 months of the Russo-Ukraine war, neither President Vladimir Putin is ready to back down, nor is Ukrainian President Volodymyr Zelensky willing to bow down. In such a situation, the possibility of ending the war is far away, but the world is hearing the sound of nuclear war. Zelensky could have saved his country from the devastation of war. But he had confidence in NATO (North Atlantic Treaty Organization), an organization of 30 countries. He believed that if Russia attacked, NATO would jump into the war on their side, but this did not happen and Zelensky is only getting aid from weapons. Now the situation is getting dire. We understand why we are saying this.

Part of it collapsed after an explosion on a bridge connecting Russia to the Crimean peninsula. This bridge had an important role for Russia in the war. Russia used to supply weapons and essential goods for its army in the southern part of Ukraine from this bridge. The biggest thing is that it was built by Putin. After the attack, Putin said that it was a terrorist incident, in which a vital infrastructure was destroyed and it was a deliberate move, which was carried out by the special security forces of Ukraine.

After this incident, 75 missiles were fired by the Russian army on many cities including Kiev and several cities bordering Poland, including Lviv, Zhytomyr, Khmelnytsky. Whereas on Monday, 28 drones were attacked in Ukraine’s capital Kyiv. According to a report in The Guardian, some people were killed in today’s attack, including a couple named Vohdan and Victoria. A new baby was going to come to this couple’s house in a few months. But he died a painful death.

It is being told that these attacks have been done in congested areas and there has been power failure in many areas. Thousands of people have drowned in the cheeks of Kaal in seven months. Heartbreaking pictures keep appearing on TV channels. Missiles have fallen on hundreds of residential homes and videos of people crying are coming to the fore. Heaps of dead bodies have been recovered at many places. America estimates that more than 60 thousand Russian soldiers have been killed in this war.

It is being told that Russian President Putin has deployed 11 nuclear bombers 20 miles from the NATO border. According to media reports, a report released by American satellite operator Planet Labs states that TU-160 and TU-95 nuclear bombers have been deployed 20 miles from the Norwegian border. After the Crimean War, it is feared that Putin may bomb the border to send a big message to the Western countries. Whereas Belarus has also now come in support of Russia. On the other hand, it is also being said that NATO has also started preparations for the exercise. In such a situation, these circumstances are indicating that a big mistake can push the world towards a world war.

Russian President Putin has been continuously threatening a nuclear attack. But recently Putin openly threatened European countries that if NATO troops clash with Russian troops, there will be global destruction. He said a direct confrontation with Russian troops would be very dangerous and could lead to global catastrophe. He said this during a program in Kazakhstan’s capital Astana. Earlier, Russia has annexed four areas of Ukraine, Donetsk, Luhansk, Kherson and Zaporizhzhya. Russia took this step after a survey among the residents here.

US President Joe Biden is refusing to take Putin’s constant threat of nuclear weapons lightly. He has said that Putin does not joke when he talks about the use of nuclear weapons. US President Joe Biden fears that this war may go to the state of Armageddon. According to the Christian scripture Bible, Armageddon is called the Great War when there is a fight between evil and good. In this war there can be destruction all over the world. Joe Biden fears Putin’s nuclear threat could push the world into a world war.

Even before this, Biden said on Russia’s nuclear threat that it was the first time since the 1962 missile attack in Cuba, that the world was facing the biggest threat of using nuclear weapons. Apart from this, on the fear of world war, French President Emmanuel Macron has also said that we do not want a world war. We are helping to preserve Ukraine’s sovereignty and will not attack Russia right now. He said that now this war should be stopped.