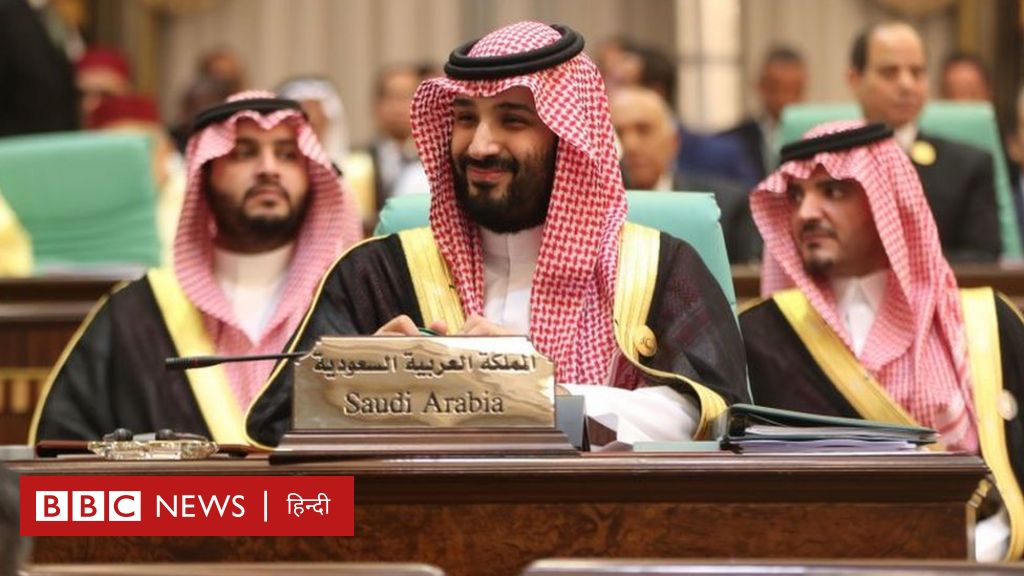 Did Saudi Arabia put pressure on these Islamic countries?

Earlier this month, OPEC Plus, an organization of oil producing countries led by Saudi Arabia, decided to cut oil production by 2 million barrels per day. Due to this decision of Saudi Arabia, the price of oil has increased internationally.

America’s Biden administration tried a lot, but Saudi Arabia did not listen. There are by-elections in the US in November and before that this decision of Saudi was more irritating.

America said that this decision of Saudi Arabia will help Russia. Russia is also a member country of OPEC Plus.

US Senate leader Chuck Schumer said that the people of America will remember what Saudi Arabia has done for a long time.

However, many such reports appeared in the media of Western countries in which it was told that the UAE and Bahrain did not agree with Saudi Arabia’s decision.

On October 14, John Kirby, spokesman for the White House’s National Security Council, said that OPEC Plus members had disagreed more than once about cutting oil production, but Saudi Arabia forced them. However, he did not name any country.

According to the Wall Street Journal report, Kuwait, Iraq, Bahrain and even the UAE did not agree with the decision to cut oil production. These countries feared that the oil cut would increase the fear of recession and this would reduce demand.

A close to Saudi Arabia’s royal family told The Intercept, “People in America think the Crown Prince is favoring Putin, but I believe Mohammed bin Salman is more Putin than Putin.”

“Saudi Arabia is well aware that the rising cost of gasoline at the pump in the United States since 1973 is a complex political issue,” Brookings Institute senior fellow Bruce Riedl told The Intercept. They want to help the Republican Party by raising the price of oil. MBS wants the Republican Party to be strong in Congress and this will be an important step for Trump’s return in 2024.

Saudi Arabia did the same thing in 1973 during the Israel-Arab War. Saudi had banned oil trade against countries that supported Israel.

After this, even after Iran’s Islamic Revolution in 1979, Saudi Arabia banned oil. The then President Jimmy Carter installed solar panels on the roof of the White House in protest. America had tried to send a message that it would not depend on oil for long.

In 2018, MBS increased oil production at the behest of Trump to reduce the price and cut production in 2020 to benefit America’s shale industry. Biden, on the other hand, went on a tour of Saudi Arabia in July for the same purpose, but to no avail.

According to the report of American news website Axios, Saudi Arabia got the statement by pressurizing Arab countries to support the decision of OPEC Plus.

Axios has said this citing US and Saudi Arabian officials. According to the report, Saudi Arabia did not want the US to isolate it.

Saudi Arabia also wanted to prove that the decision to cut oil production was not only of Saudi Arabia, but of OPEC Plus. However, the US has announced a review of relations with Saudi Arabia.

According to the report of Axios, an official of an Arab country said that the pressure from Saudi Arabia was too much. A US official said Saudi Arabia pressured Arab countries to issue a statement.

He tried to prove that the decision was economic and not political. After Saudi pressure, Iraq, Kuwait, Bahrain, UAE, Algeria, Oman, Sudan, Morocco and Egypt issued statements saying that the decision to cut oil production has been taken with the consent of all.

Even Jordan issued a statement and said that Saudi Arabia and America should negotiate and resolve the crisis.

What is the Democratic Party’s stand on Saudi Arabia?

Bernie Sanders said, “Saudi Arabia treats women as third-class citizens. tortures civilians and now Ukraine is taking Putin’s side in the war. Now we must withdraw the troops from Saudi Arabia. They should stop giving weapons. Along with this, the arbitrariness of raising oil prices should also end.

Bernie Sanders has said, “The oil and gas industry is making a lot of money. The same is true of the pharma and food industries. Due to the immense greed of the corporate houses, inflation has reached the seventh sky and the common people are troubled by its impact.

“Saudi Arabia is not thinking about Ukraine,” wrote Hussein Ibish, senior resident scholar at the Arab Gulf States Institute in Washington. It is in the same way that the countries of Asia and Africa are neither supporting nor opposing anyone in Russia and Ukraine. But in America’s politics, the Democratic Party feels that the Republican Party will benefit from this stand of Saudi in the upcoming by-election.

“The lack of trust in both the countries is clearly visible. The US hoped that Saudi would help it to control the rising oil prices. Saudi Arabia, on the other hand, wants military support from America, but feels that America’s attention is now shifting to Europe and China.

Hussain Ibish wrote, “Saudi and America both need each other. Only the US can provide the security that Saudi wants. On the other hand, Saudi is the only reliable partner to maintain America’s dominance in the Persian Gulf. The next meeting of OPEC Plus is on December 4 and Saudi has the opportunity to take a balanced decision on prices.

Previous Urfi Javed saree opens in public big oops moment as urfi steps on own saree without petticoat everything seen | Urfi again becomes victim of Oops moment! Keep your feet on your own sari and then what happened…
Next You will be able to transfer WhatsApp data from Android to iOS, just follow these tips