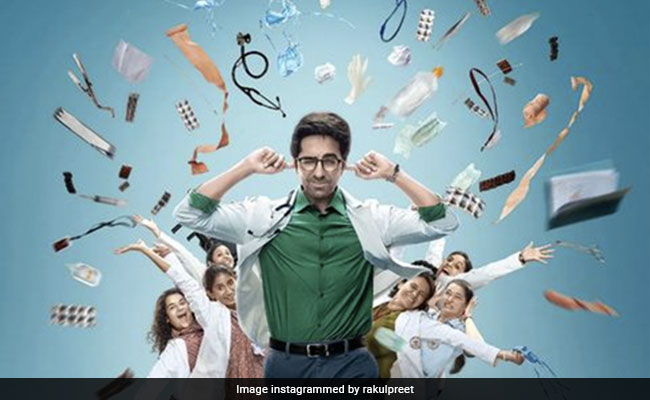 How long were the fans waiting for Ayushmann Khurrana and Rakul Preet Singh’s film Doctor Ji. Finally, on October 14, Doctor Ji was released in cinemas. Ayushmann’s film Doctor Ji had a great opening at the box office on the first day of release. According to the initial estimates, the film has earned in crores on the first day. According to reports, the film has earned Rs 3.25 to 3.75 crores on the first day. This is being said to be a good number for the film, as it was expected that the film would collect between 2.25 to 2.75 on the first day of release. Doctor ji’s collection is better than Ayushmann Khurrana’s last release, Chandigarh Kare Aashiqui.

Apart from Ayushmann Khurrana and Rakul Preet Singh, Shefali Shah has also appeared in the lead role in the film Doctor Ji. The film is directed by Anubhuti Kashyap. This is his first film as a director. The film is produced by Junglee Pictures, a film production company of the Times of India Group.

See also: Bollywood Gold: Meena Kumari who was the actress in the song of Pakeezah?

Previous increase smartphone life by using these 5 amazing tricks | These tricks of Smartphone are powerful, if you did not know, then now know about them
Next US-Pakistan-China: How an American document increased the beats of Pakistan and China, what is so special about it