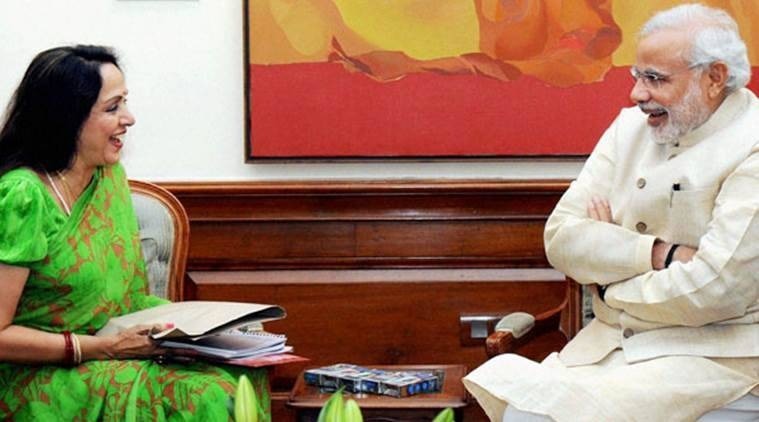 Dream Girl Hema Malini Birthday Special: Who does not know the actress turned actress Hema Malini. October 16 means today is his birthday. Let us tell you the story behind her being a ‘dream girl’ and an interesting anecdote related to Prime Minister Modi, which was mentioned by Hema Malini herself during her program.

The Story Behind Becoming a ‘Dream Girl’
Actually, people also know Hema Malini as ‘Dream Girl’. She got this title from the film ‘Dream Girl’ released on 14 January 1977. He made his debut in Bollywood with this film. At the same time, during a program organized in Vrindavan, Hema herself told why people call her ‘Dream Girl’.

I dream big: Hema Malini
In the program, MP Hema Malini had said, “I have a big dream to beautify Braj. I dream big, that’s why I am also called ‘Dream Girl’. Then what was Hema Malini’s talk, the people present there applauded fiercely. Then people had heard this thing for the first time from his mouth.

This is the political journey of the dream girl
Let us tell you that the political journey of Bollywood’s ‘Dream Girl’ and the stories related to it are also very interesting. Actually, Hema Malini joined BJP in the year 2004 and took entry in the world of politics. Hema Malini was a Rajya Sabha MP of BJP from 2004 to 2009, after which she was made General Secretary in the year 2010.

After this, in 2014, in the strong wave of BJP, she was elected MP from Mathura parliamentary seat of UP. In 2019 too, he retained this victory. Hema Malini is currently the MP from Mathura. Regarding joining politics, Hema Malini says that she has got a lot of love as a Bollywood star. Now he is in politics to serve the people.

PM Modi asked Hema Malini
Let us tell you that there is also an interesting anecdote related to Mathura MP and Prime Minister Narendra Modi, which was mentioned by Hema Malini himself. Actually, in one of his programs, PM Modi had asked him how he feels while helping people. Then Hema Malini said, “I feel very good, because I feel, I am capable enough to help people. I have earned a lot of name in the film world, I have a lot of fans too, so I thought about her love.” I should also give something in return. Being an MP is a very good way to serve the people.” Let us tell you that this incident happened during the Parliament TV launch.