Enemies and friends, leaders of the country presented unique gifts to Putin on his 70th birthday, wishing him a speedy death (Videos) The President of Belarus presented a unique gift to his Russian counterpart Vladimir Putin on his 70th birthday on Friday. East…

International Desk: On Friday, on his 70th birthday, Russian President Vladimir Putin was wished for a speedy death by his friends and foes with unique gifts. Many leaders of several countries of the former Soviet Union met Vladimir Putin at the Konstantin Palace in St. Petersburg. During this, the President of Tajikistan Emomali Rahmon presented several pyramids of melons to the Russian leader. Whereas Belarus President Alexander Lukashenko gifted Putin a tractor and handed over its certificate to him.

Tractors have been the industrial pride of Belarus since Soviet times. Lukashenko, who has strictly ruled Belarus for nearly three decades, told reporters that he had gifted Putin a similar model of tractor in his garden. It was not immediately known how the Russian President reacted to Lukashenko’s gift. 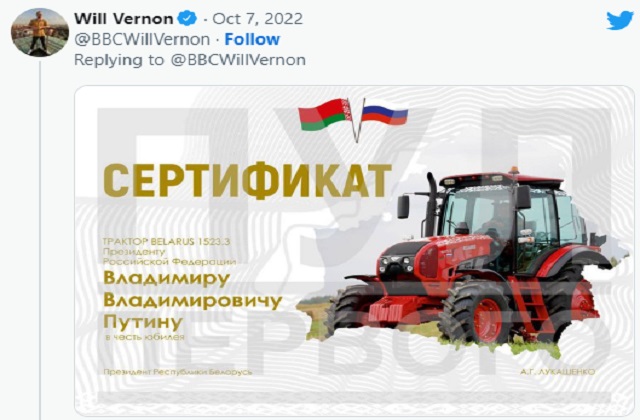 Tajikistan and Belarus are among Russia’s few remaining allies, and all three are part of the wider Commonwealth of Independent States, a collection of ex-Soviet states that was created in the early 1990s. All three are also members of the Collective Security Treaty Organization, a regional military alliance.

On Putin’s birthday Anton Yuriovich Herashchenko, adviser and former deputy minister in the Ministry of Internal Affairs of Ukraine, wrote on Twitter this is really unfair – a bloody maniac celebrates his 70th birthday in his palaces, receives gifts with congratulations. He killed thousands of people, ruined millions of lives. And he wants to kill even more. What would you wish for him? 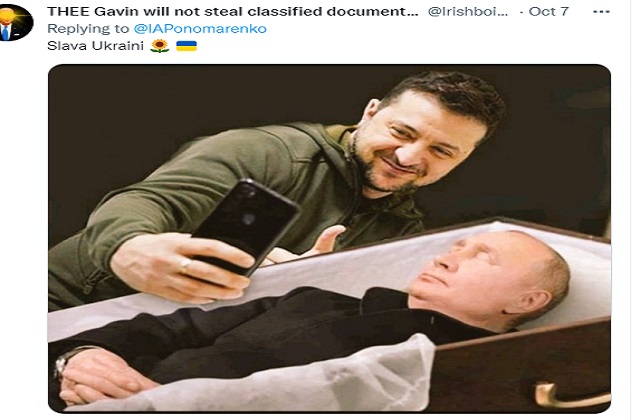 While on Putin’s 70th birthday Ukraine’s defense minister addressed Russian soldiers and said “Our president is visiting the country, he is with his army. And where is your leader missing?” Ukraine’s defense reporter Ilya Ponomarenko @IAPonomarenko tweeted, “Hopefully, today is Putin’s last birthday as Russian dictator.” Previous Tejashwi Prakash breaks silence on rumors of engagement with Karan Kundrra, ask him when is the big day
Next Nokia’s cheapest and stylish smartphone coming to make Indian users crazy, battery will last for 3 days