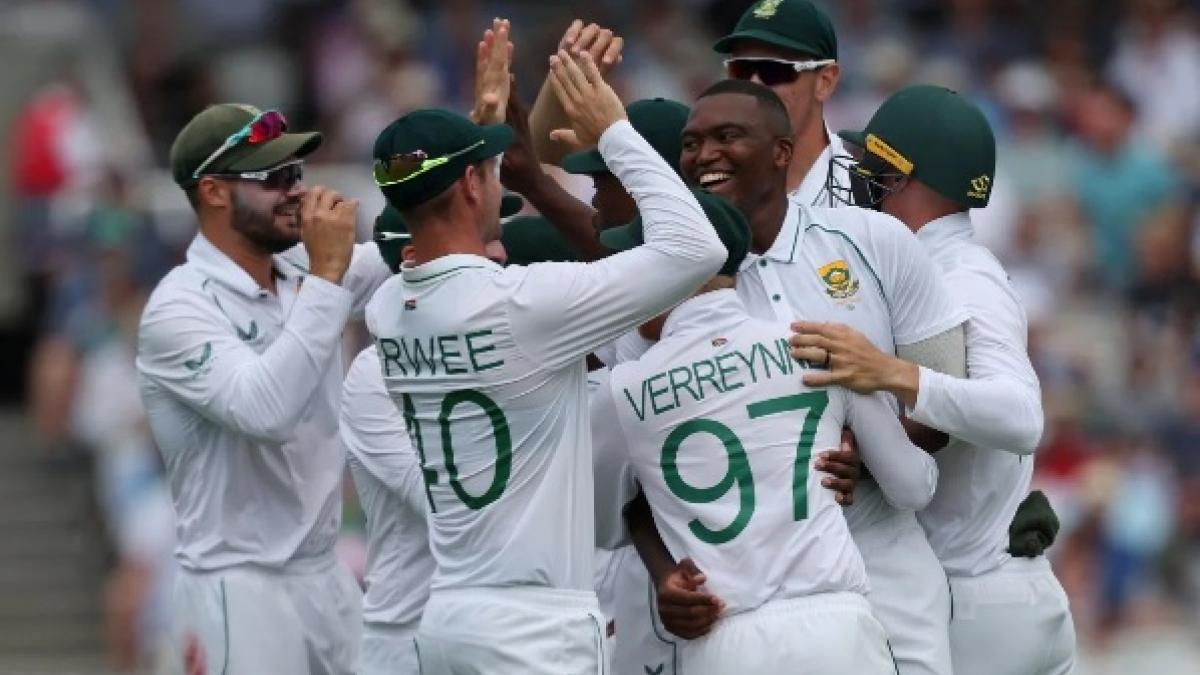 South Africa defeated England by an innings and 12 runs in the first Test at Lord’s. On the third day of the match on Friday, England’s second innings was bundled out for 149 runs. England have suffered a Test defeat for the first time since Ben Stokes took over as full-time captain and Brendon McCullum as coach.

Stokes was appointed the captain of England’s Test team after the resignation of Joe Root a few months back. Under Stokes’ captaincy, England beat New Zealand 3-0. After this, in the Edgbaston Test last month, his team also won against India. But now in the first Test, South Africa has shown the stars to the English team in the day itself.

Such was the condition of the second innings

Even in the second innings of the match, England’s batsmen were in bad shape. Keshav Maharaj gave early breakthroughs by dismissing Jack Crowley (13) and Ollie Pope (5). After this the fall of wickets continued and the entire English innings was reduced to 149 runs.

Alex Lees and Stuart Broad scored the highest 35-35 runs for England. Enrique Norcia took 3 wickets for 47 runs. On the other hand, Kagiso Rabada, Keshav Maharaj and Marco Jansen got two successes each.

Batting first after losing the toss, England’s first innings was reduced to just 165 runs. The special thing was that only four of England’s batsmen could reach double digits in the first innings. Ollie Pope contributed the most with 73 and captain Ben Stokes contributed 20 runs. Kagiso Rabada had dismissed the most five players from South Africa. While Enrique Norcia took three and Marco Jansen took two wickets.