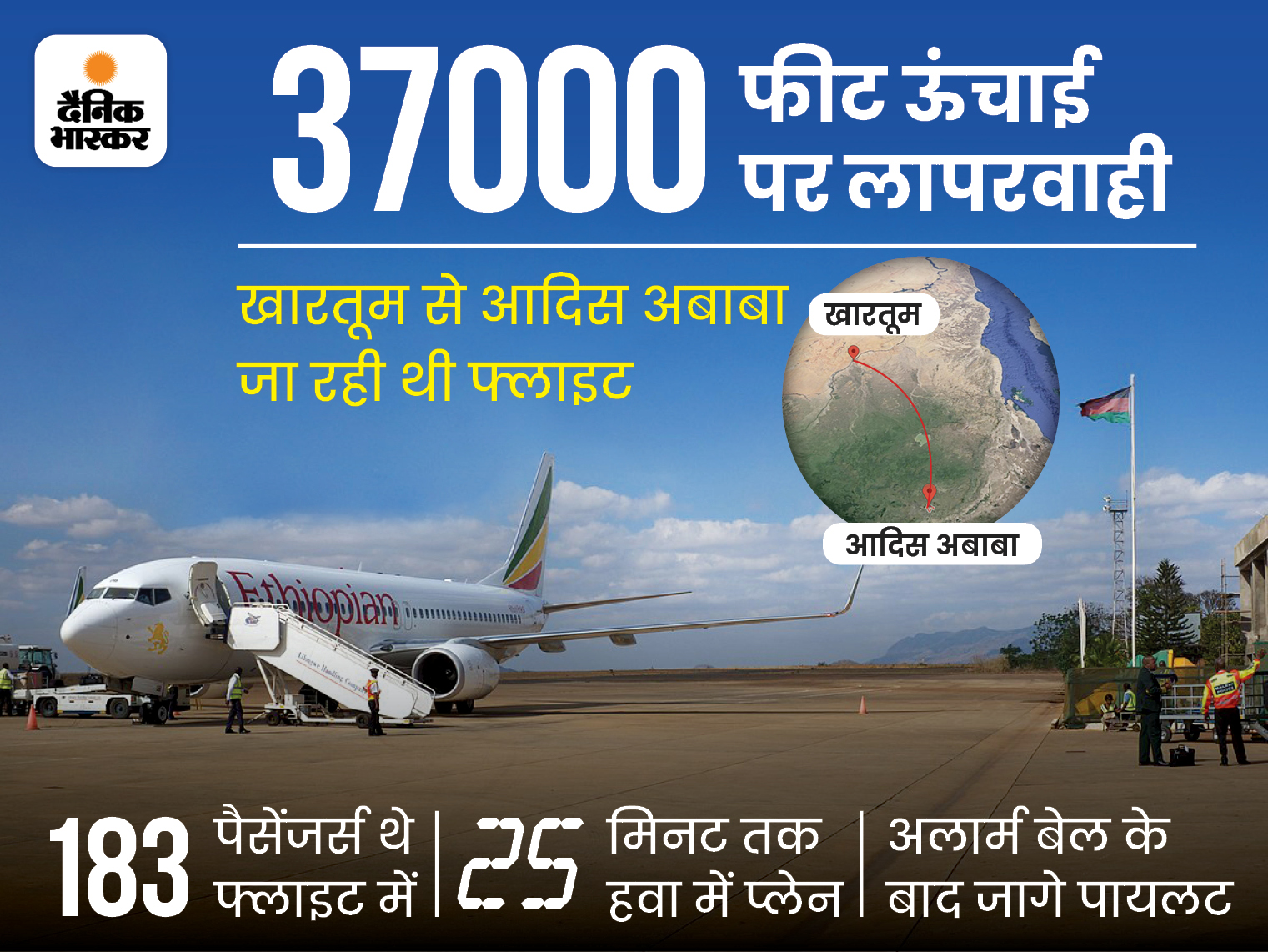 Even forgot to land at the airport, the flight was brought back from several kilometers away. Pilots in Sleep | Pilots in Sleep from Khartoum to Addis Ababa At 37000 Feet Miss Landing

Many times in aviation history, some such incidents happen, which also cause laughter and worry. A similar incident happened on flight number ET343 going from Khartoum, capital of Sudan to Ethiopia’s capital city Addis Ababa.

This flight was on time and it was to land in Addis Ababa. During this, not one but both the pilots fell asleep and the plane overtook the airport in auto pilot mode. Later it was brought back and landed. It is being told that there were 183 passengers in the flight.

ATC issued alert
According to a report in Aviation Herald – the flight was between Khartoum to Addis Ababa. Air Traffic Control (ATC) sent a signal that the airport is close, then why are you (pilot) not bringing down the aircraft. There was no response from there.

The special thing is that even at this time the flight was at an altitude of 37 thousand feet. When the ATC did not get any response from the pilots of the aircraft for a long time, an emergency was felt.

pilot in deep sleep
The aircraft had a main pilot and a co-pilot. ATC sent alerts several times and every time there was no response. The staff became more upset when they saw that the flight was going straight from the top of the runway. Autopilot mode was disconnected and alarm sounded. After this the pilots woke up.

After this the plane was brought back and it remained in the air for 25 minutes. It is a matter of comfort that no one was harmed or any untoward incident happened during this period. The plane made a safe landing. It was kept on hold for two and a half hours and only after all the investigations it got approval for the next flight.

will check now
The Aviation Data Surveillance System (ADS-B) has considered this incident very serious. The same agency has also released the route of the flight. Aviation expert Alex Machers said – This is a very serious incident. Its investigation has started. Result is awaited.

However, this is not the first incident in which pilots have committed such serious negligence. In May this year, the flight from New York to Rome was at an altitude of 38,000 feet and the pilots decided to sleep leaving the plane on autopilot mode. Both the pilots were later dismissed.

Previous Shahid Kapoor dances with his half-brother Ishaan as he puts his wife’s dupatta around his neck; Mother-in-law’s wedding anniversary
Next New disclosure about Xiaomi 13, many powerful features will be available with Eye Protection Dimming technology