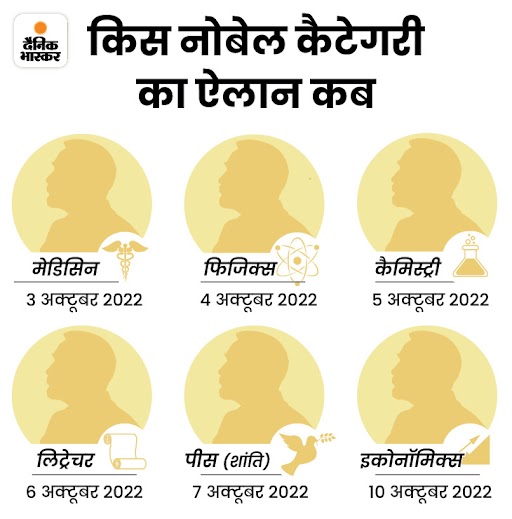 Fact Checker Prateek-Zubair may get Peace Prize; Will be announced on 7 October. Nobel Peace Prize 2022; Two Indians in the Race of Peace Prize | Mohammed Zubair and Pratik Sinha

Nobel Prize Week 2022 continues. The Nobel Peace Prize will be announced on 7 October. According to ‘Time Magazine’, two Indian nationals are also among the people or organizations whose names are in the race for the peace prize. Both of them run fact check websites. Their names are Prateek Sinha and Mohammad Zubair.

The winner of the Peace Prize is selected by a committee of five people from Norway. The Norwegian Parliament appoints this selection committee. This award is also presented in the Norwegian capital Oslo. The remaining five Nobel Prizes are awarded in Stockholm, the capital of Sweden.

This time Norwegian MPs have given information about some nominations. The director of the Oslo Peace Research Institute has also shortlisted some names.

What Time wrote on Prateek and Zubair
According to ‘Time Magazine’ – Sinha and Zubair are the co-founders of a fact checking website in India and have been fighting against misinformation. Apart from rumors and fake news on social media, he has also waged a war against hate speech. Zubair was arrested in June this year for the objectionable tweet made in 2018. There was a lot of opposition to this. It was said against press freedom. The Supreme Court granted bail to Zubair in July and he was released.

According to a survey by news agency Reuters, Belarus’s opposition leader Svetlana, broadcaster Davidon Attenborough, climate activist Greta Thunberg, Pope Francis, Tuvalu’s Foreign Minister Simon Kofe and Myanmar’s National Unity Government are also among the nominees for the Peace Prize. This information has been given by quoting the MPs of Norway.

So far the winners of three categories have been declared

Previous Mouni Roy posed for pictures wearing an open dress from all sides, people’s eyes fixed on the thin string of the waist
Next Samsung is coming to sleep, Motorola’s smart Smartphone, will give heart after seeing pictures